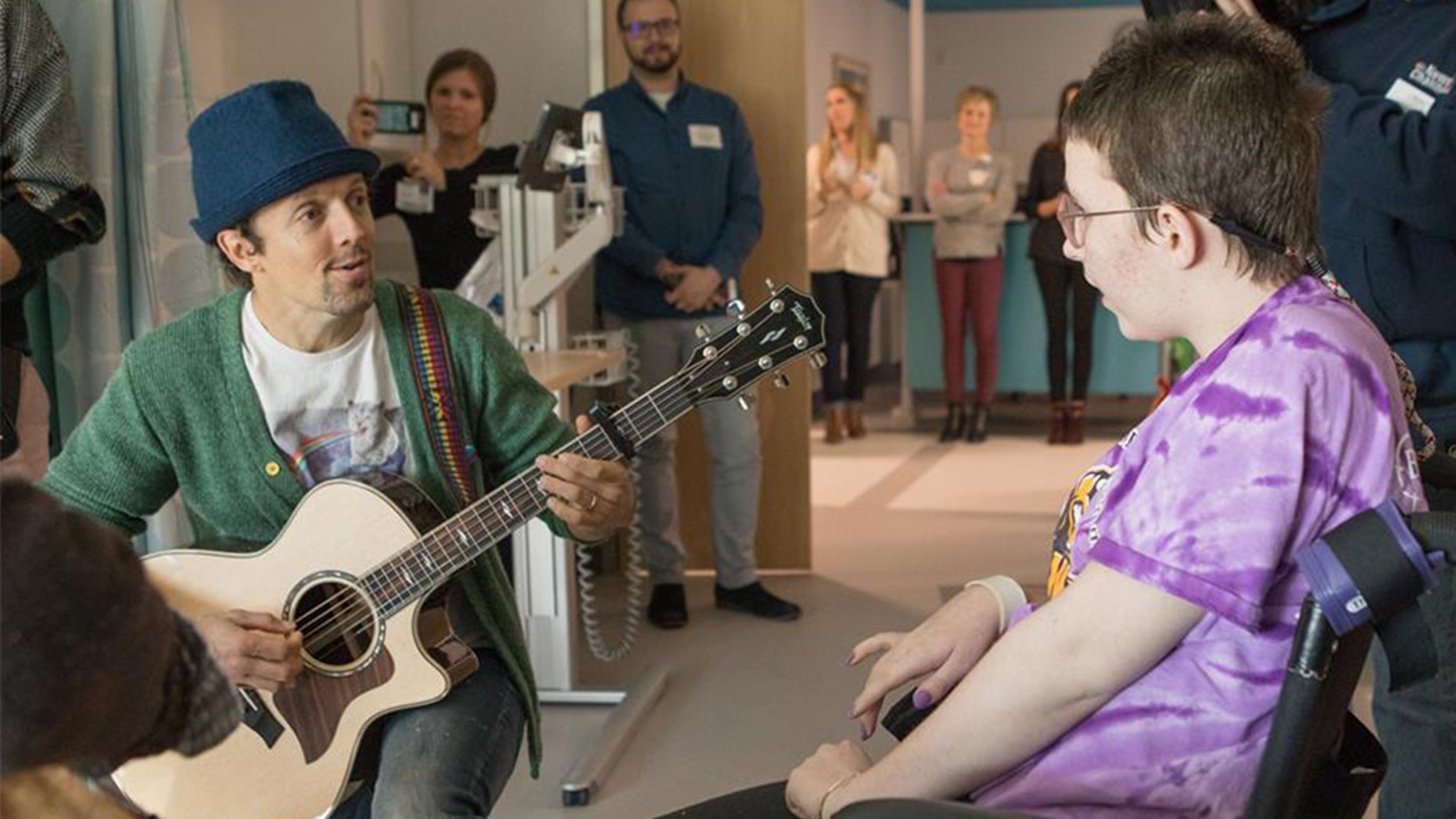 A Missouri children’s hospital on Tuesday revealed that an unlikely visitor stopped by for a visit.
(St. Louis Children’s Hospital)

A Missouri children’s hospital on Tuesday revealed that an unlikely visitor had stopped by for a visit.

Singer-songwriter Jason Mraz arrived at St. Louis Children’s Hospital with his guitar and played for a few of their patients, the facility said on their Facebook page.

The hospital shared a few photos of Mraz, sporting a green cardigan, jeans and navy blue hat, while he strummed his guitar for two patients, identified as Madalyn and Chrisionna.

"’And may the best of your todays be the worst of your tomorrows’ - Jason Mraz, a #GuardianOfChildhood,” the post said. “Thank you Jason and Y98 St. Louis for making this one of Madalyn and Chrisionna's best todays.”

Mraz was also recorded in a short clip belting out a tune while kneeling beside Madalyn.

“Madalyn’s smile says it all. Thank you Jason Mraz and Y98 St. Louis for spreading joy throughout the hospital with our Music Therapist Christy,” the hospital wrote.