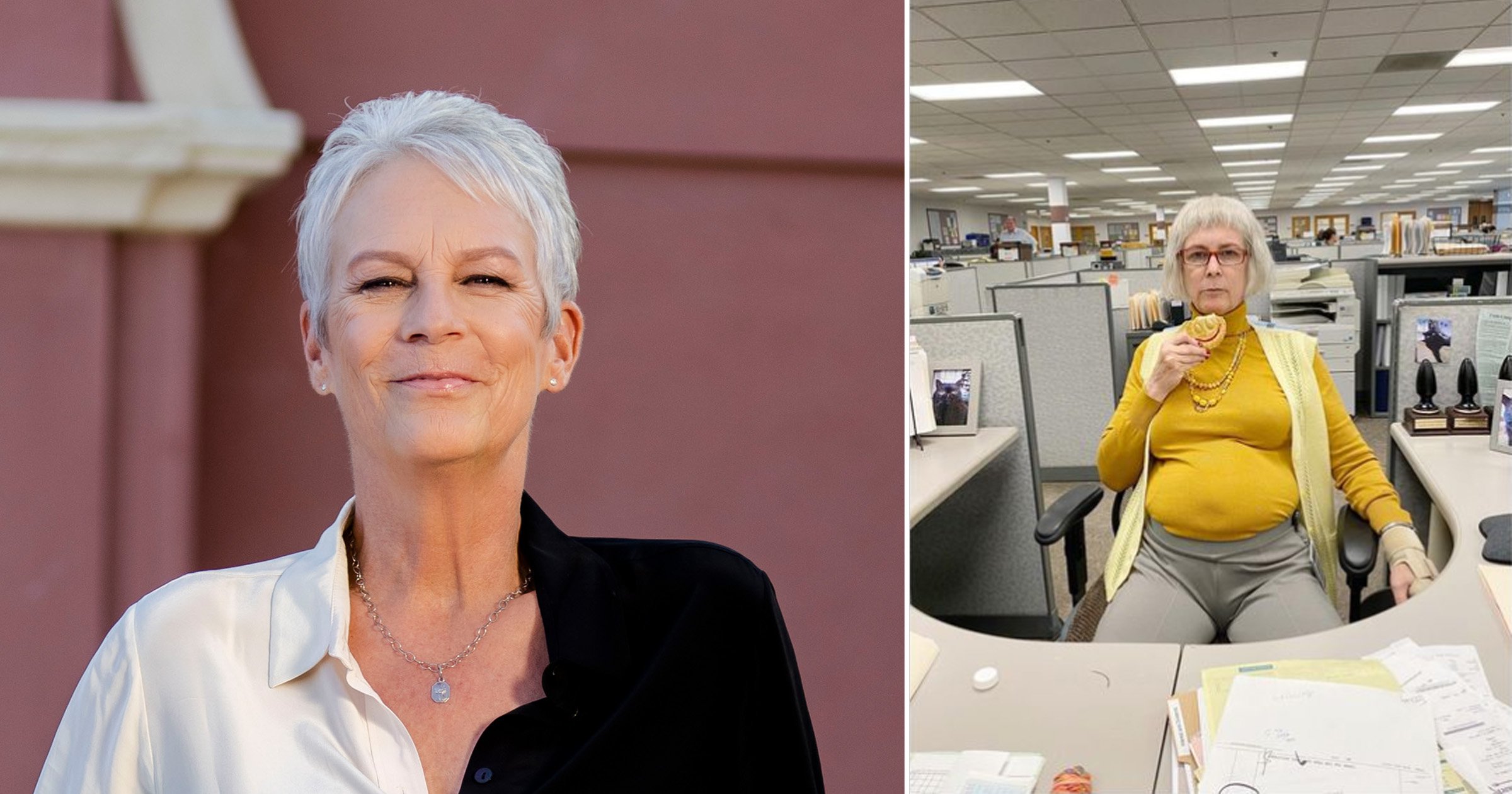 Jamie Lee Curtis has revealed she opted not to have prosthetics and embrace her real body in her latest movie, after previously ‘clenching to hide the reality’.

The actress, 63, shared a photo of her on the set of Everything Everywhere All At Once, in which she could be seen sitting at an office cubicle in a yellow jumper and woollen waistcoat, grey slacks and tucking into a cookie with a smiley face on it.

She told her followers: ‘WELL…. here we GO! Two years ago we made this movie right up until the day the world shut down. We just finished in time.

‘It’s a Magical Mystery Tour of a movie and I’m so excited to see it tomorrow at its premiere opening the @sxsw festival.’

Jamie Lee revealed that it was freeing ‘creatively and physically’ to be able to embrace her natural figure for the role of Deirdre Beaubeirdra, an IRS auditor in the film.

She explained: ‘In the world, there is an industry — a billion-dollar, trillion-dollar industry — about hiding things. Concealers. Body-shapers. Fillers. Procedures. Clothing. Hair accessories. Hair products. Everything to conceal the reality of who we are.

‘And my instruction to everybody was: I want there to be no concealing of anything. I’ve been sucking my stomach in since I was 11, when you start being conscious of boys and bodies, and the jeans are super tight.

‘I very specifically decided to relinquish and release every muscle I had that I used to clench to hide the reality. That was my goal.

‘I have never felt more free creatively and physically.’

Everything Everywhere All At Once is set to make its premiere on Friday at South by Southwest (SXSW) Festival in Austin, Texas.