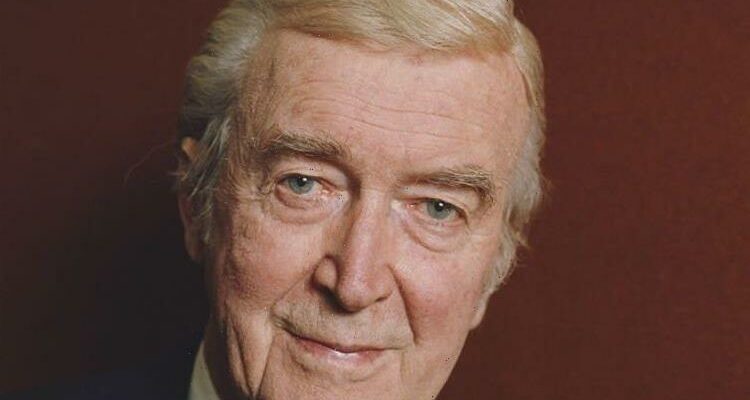 Lorraine Kelly says Hollywood bosses need to 'get a grip'

Channel 4 will air ‘It’s a Wonderful Life’, Frank Capra’s classic fantasy drama, starring James Stewart, Donna Reed and Lionel Barrymore. George Bailey is a small-town businessman who believes he has been a failure. Contemplating suicide, George meets his guardian angel and discovers what life in his home town of Bedford Falls would have been like had he never lived. Actor Mr Stewart was known for his distinctive drawl and everyman screen persona. His film career spanned from 1935 to 1991. With the strong morality he portrayed both on and off the screen, he epitomised the “American ideal” in the twentieth century. In 2016, a darker side to Mr Stewart’s life was revealed in a book about the star.

The actor suffered from PTSD after being a fighter pilot in World War 2.

According to the report, Mr Stewart channeled his anger and guilt into scenes in ‘It’s a Wonderful Life’ where he rages at his family.

Pilots who flew with him said that became “Flak Happy” during World War 2, a term to describe what is now known as Post Traumatic Stress Disorder, or PTSD.

Mr Stewart’s guilt came after he took part in bomb raids over France and Germany including one instance where they destroyed the wrong city by mistake.

The information was revealed in Robert Matzen’s ‘Mission: Jimmy Stewart and the fight for Europe’, published by Paladin Communications in 2016.

Mr Stewart was initially put in the Air Force Motion Picture Division because commanders wanted to use him to make films to convince more airmen to sign up.

He was also used for PR stunts until he demanded that he see combat like other airmen.

Mr Matzen wrote that the “key moment in Jim’s life had arrived. There would never be another like this, not before, not after”.

Speaking to the Daily Mail, Mr Matzen said that Mr Stewart signed up because he “felt he had to prove himself, especially with women, to prove he was attractive enough, charming enough”.

After a mission over Mannheim, Germany, ended in disaster when they lost two planes with 20 men inside, Mr Stewart began to struggle.

Mr Matzen said: “He was a perfectionist and he was so hard on himself. It wasn’t just that he had responsibility for his plane, if he was in a group it was 15-20 planes and it was sometimes 75-100 planes.

“Every decision he made was going to preserve life or cost lives. He took back to Hollywood all the stress that he had built up.”

In total, the actor flew 20 missions and the stress manifested itself physically and mentally.

In ‘Mission’, Mr Matzen wrote: “Was he still flak happy, on a flak farm? Who could tell what was real after all that had happened over five long years.

“The nightmares come every night.

“There was on oxygen at 20,000 feet with 190s zipping past, spraying lead and firing rockets, flak bursting about the cockpit. B-24s hit, burning, spinning out of formation.

“‘Bail out! Bail out! Do you see any chutes? How many chutes? Whose ship was it? Oh God, not him?’

“‘Not them!’ Bodies, pieces of bodies smacking off the windshield.

“And the most frequent dream, an explosion under him and the plane lifted by it and the feeling that this was the end.”