“Atticus and Leti can’t believe what they’re seeing,” reads the intricate script Misha Green penned for Lovecraft Country’s jaw-dropping first episode. “They remain with their Flares out like swords. Still on high alert even though it seems the danger has passed…for now.”

The opener for the HBO horror drama is the latest entry in Deadline’s It Starts On the Page. The ongoing series highlights the scripts that are serving as the creative backbones of the TV awards season. The scripts are all being submitted for Emmy consideration this year and have been selected using criteria that includes critical acclaim, a range of networks and platforms, and a mix of established and lesser-known shows.

Check out the series-premiere script from the Underground co-creator below.

Traveling down the dangerous roads and legacy of the Jim Crow South of 1950s America and encountering monsters both white and supernatural, the acclaimed Lovecraft Country executive produced by Green, Jordan Peele and J.J. Abrams debuted on August 16, 2020 with “Sundown.” Based on Matt Ruff’s 2016 novel of the same name, the series simultaneously ripped back the curtain on a secret history of American white supremacy and shattered genres over the 10-episode run.

Full of nightmares virtually torn from an H.P. Lovecraft paperback, the uncommon approach and intent of the series starring Jurnee Smollett, Jonathan Majors, Michael Kenneth Williams, Aunjanue Ellis, Courtney B. Vance and Wunmi Masaku was evident from the jump – and we don’t just mean the mysterious creatures in the backwater woods.

“Historical references were baked into Matt Ruff’s novel – sundown towns, the Tulsa Massacre, the Green Book — which is one of the reasons I was initially drawn to it. I wanted to expand on those touchstones for the series, and keep us grounded in reality and issues that are a part of this country’s history even with all the fantastical elements,” Green told me last fall of her strategy for the Critics Choice-winning Lovecraft Country the show.

Or, as the “Sundown” script makes clear in one bull’s-eye description of Majors’ character: “Atticus steps up like the motherfucking hero that he is –” 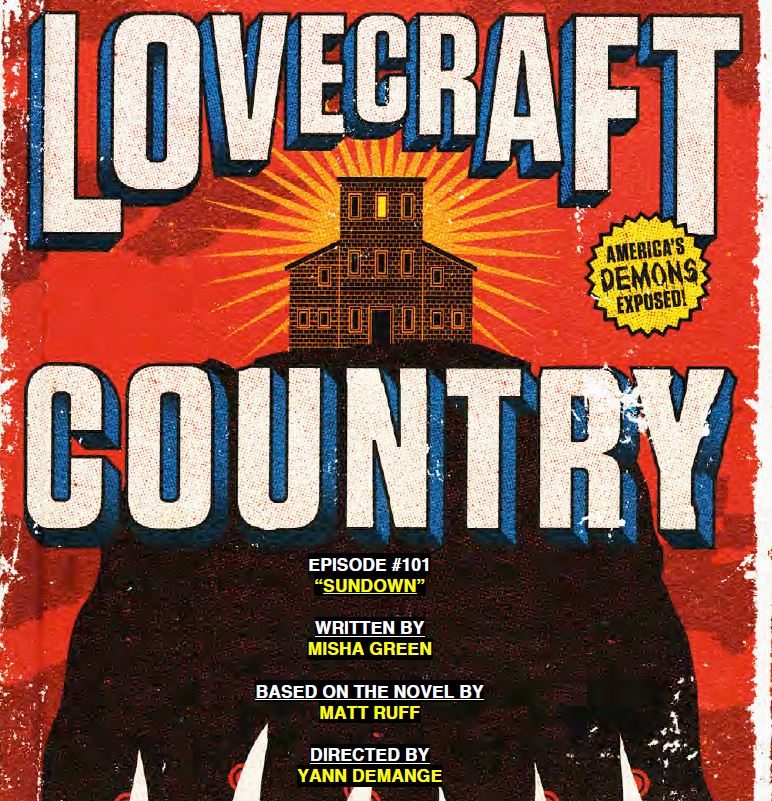 It Starts On The Page

It Starts On The Page: Read The Series Premiere Script For ‘The Flight Attendant’ By Steve Yockey

It Starts On The Page: Read The Pilot Script For ABC’s Comedy ‘Home Economics’

It Starts On The Page: Read A Script From Season 3 Of ‘The Chi’ Written By Justin Hillian