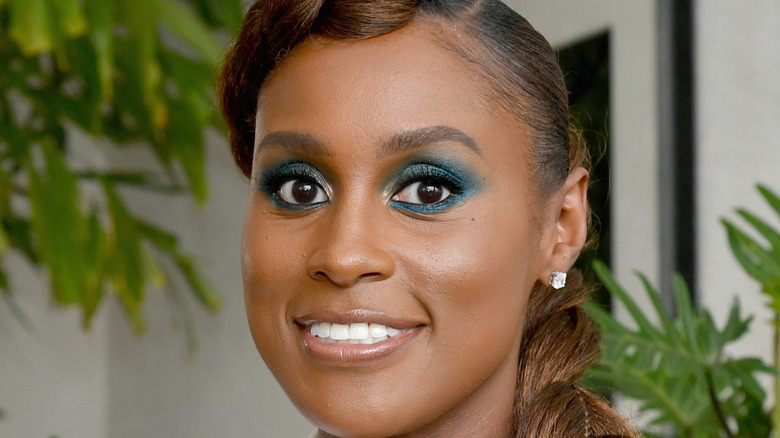 In July 2021, actress Issa Rae took to Instagram to reveal that she’d gotten married to her long-time partner, Louis Diame. Sharing a selection of stunning photos from the day, the “Insecure” star quipped that she’d partaken in an off-the-cuff photoshoot for Vera Wang, for which her closest girlfriends, unfortunately, all showed up wearing the same dress and during which a random groom was supplied. Letting everyone in on the joke, the talented multi-hyphenate also thanked her wedding planner.

Rae is well known for refusing to divulge the particulars of her personal life, reasoning that, as a writer, she already reveals too much. As she explained to Marie Claire in 2018, “I get so much feedback about everything. The one thing I don’t need feedback on is who I’m sleeping with.” It’s therefore somewhat difficult to ascertain much of anything about the “Little” star’s relationship with Diame. Thankfully, some of the couple’s nearest and dearest are slightly more loose-lipped.

Issa Rae refuses to open up about her personal life 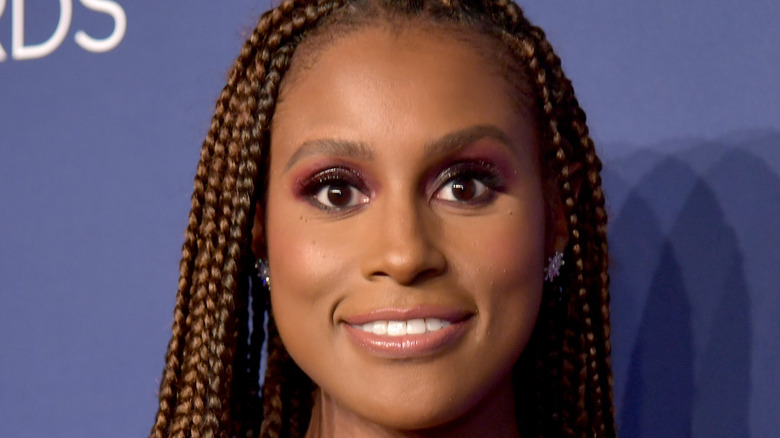 As Elite Daily notes, it’s tough to track the exact relationship timeline of “Insecure” star Issa Rae and her beau, Louis Diame, since the couple stays very firmly out of the spotlight, only showing up at a handful of glitzy events over the years. We do know they’ve been together since at least 2012, though many reports suggest longer. That year, a Washington Post story referred to the Senegalese businessman, who was then still a student, as Rae’s “boyfriend,” noting he’d even appeared briefly in her popular web series.

In 2016, the couple attended the after-party for the premiere of “Insecure” together, but, notably, Diame did not walk the red carpet alongside his leading lady. A few months later, the same thing occurred at a Golden Globes after-party, with the businessman again absent from the accompanying red carpet. Their official debut came at the 2017 Essence Black Women in Hollywood Awards, at which Rae was honored. However, at the following year’s Golden Globes, the “Lovebirds” star walked alone once again.

This is one seriously private couple 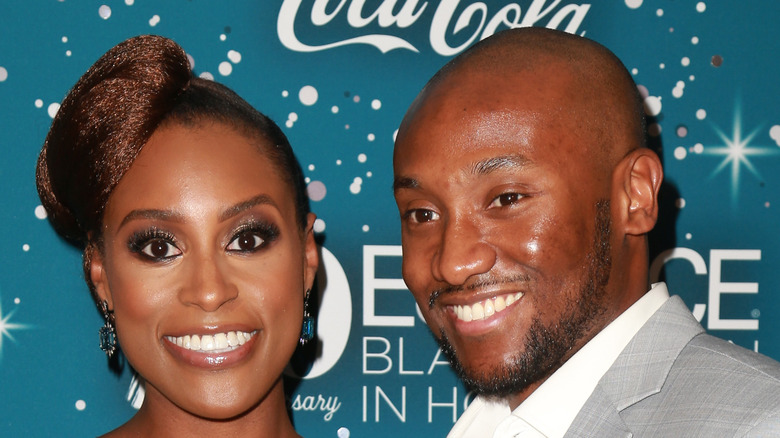 The couple’s engagement was seemingly confirmed by the appearance of a ring on Issa Rae’s finger for her Essence cover, in March 2019, though it wasn’t until her “Insecure” colleagues Jay Ellis and Yvonne Orji were chatting to Entertainment Tonight a few days later that the beans were spilled. “We’re very excited for her,” Orji gushed. Ellis revealed: “We all found out in different ways because we’re all on different text chains.” Rae herself refused to confirm or deny, deadpanning during a subsequent appearance on “The View” that she simply wears a lot of jewelry (via YouTube).

However, the following week, her brother, Lamine Diop, told US Weekly that the engagement happened over the holiday break. Echoing fans all over the world, Diop acknowledged, “She’s so low-key too — for real! I found out, like, a couple days later, so we’re just gonna let her lead the way.” No doubt doing exactly that brought loved ones of the actress and her beau to the south of France, where they tied the knot with all the privacy the happy couple demands — and rightly deserves, too.