Ever since “Megxit” first happened, tensions between Prince Harry, Prince William, Prince Charles, and Queen Elizabeth have reportedly been very high. Harry and Meghan eventually left the UK and moved to California, where they’ve since taken on a number of jobs, including Netflix and book deals. Things got very intense, however, when the couple sat down for a tell-all interview with Oprah Winfrey in March, in which they explained why they felt the need to step back from the royal family. Among the explosive details, which included accusations of racism, Harry also insinuated that his brother is “trapped” in the royal system, per People.

Needless to say, William has been particularly icy when it comes to Megxit, and his relationship with Harry has been pretty strained for over a year now. While other members of the royal family are seemingly moving on, William may still be caught up in all the Megxit drama. Keep reading to learn why he hasn’t been able to get over it.

Prince William may still harbor 'feelings of anger' over Megxit 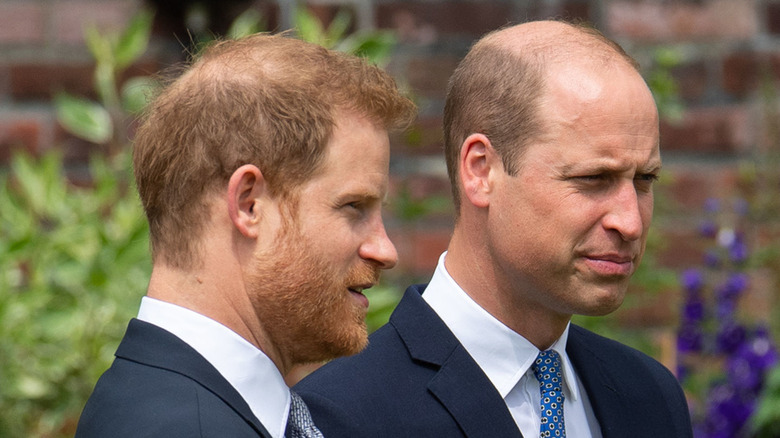 Royal expert Omid Scobie spoke with Entertainment Tonight about Prince William and Prince Harry’s current relationship, and it’s definitely not in the best of places, to say the least. “The relationship between Harry and William is still very much one of distance,” Scobie explained. “I don’t just mean physical [distance], across the Atlantic, but they are not talking that much, and that is exactly how sources close to William have put it.”

Though many members of the royal family have moved on since Prince Harry and Meghan Markle decided to step back, there’s one member in particular who may not be over it quite yet: Prince William. Scobie revealed that despite all the time that has gone by since Megxit first happened, there are “still feelings of anger” in the royal family. In particular, Scobie explained that Prince William “has not been able to come to terms with” Harry and Meghan’s departure just yet, leaving frosty feelings in the family all-around.

Despite William’s struggle to accept Megxit, Scobie did note that both brothers are able to put aside their differences when it comes to important events, like Prince Philip’s funeral and Princess Diana’s statue unveiling. Only time will tell if William and Harry ever fully repair their relationship, but based on how things look right now, that hope doesn’t seem too promising.