Bridgerton viewers are fully up to date on Daphne Bridgerton’s love life, but what about the actress who plays her? Actress Phoebe Dynevor’s relationship status is a bit more of a mystery. Based on my extensive sleuthing, I think it’s safe to say that there’s no evidence of a current relationship in Dynevor’s life available on the internet.

That said, she’s no stranger to being cuffed. In a 2017 interview with Express, Dynevor revealed that she was in a relationship. Aaand she and her boyfriend at the time were serious enough to have traveled the world together. “Last year my boyfriend and I went around Thailand, Indonesia and Vietnam. It was amazing. He’s half Thai,” she told the publication, who identified her boyfriend at the time as recruitment executive Simon Merrill. “And we went to his family’s village. His grandma, aunt and uncle are still there, and it was a really incredible experience.” According to Celebs In-Depth, Dynevor and Merril reportedly met in 2013. Based on the fact that she was still referring to him as her "boyfriend" in the August 2013 interview with Express, I think it’s safe to say they were still dating in 2014.

There’s no intel on when Merrill and Dynevor split, but they must have at some point because she was eventually linked to actor Sean Teale. The pair were first publicly linked when they were photographed hitting the premiere of Snatch at Arclight Cinemas in Los Angeles’ Culver City on March 9, 2017. 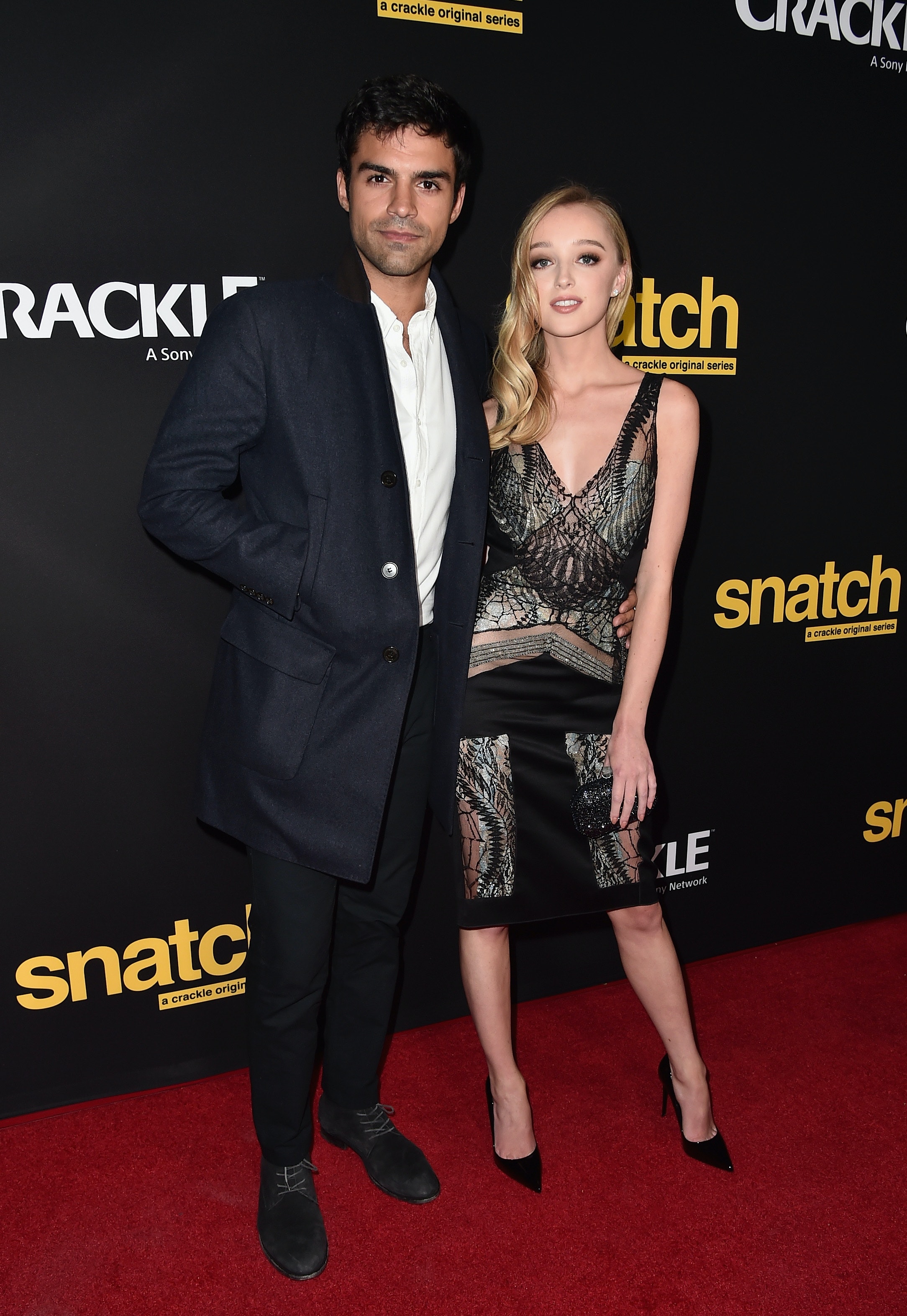 By April, they were Instagram official. On April 3, 2017, Teale posted a Western-themed selfie of himself and Dynevor alongside the caption, "Take Texas in, or Texas’ll take you down @phoebedynevor 🐂🤠."

That was the beginning of many couple shots that Teale still has up on his grid to this day. Some highlights include the below picture from May 10, 2017, which he captioned "My view is better than yours. Pretty much all the time thanks to this one @phoebedynevor."

The fact that he still has all the pictures of them up would have normally led me to believe that maybe they’re still together but, alas, that doesn’t appear so. According to his Instagram, Teale seemed to have entered a new relationship with Jelly Gould following his romance with Dynevor. Gould made her debut on Teale’s Instagram grid on July 9, 2018 when he posted a picture of her smiling in nature alongside this caption:

I’m not sure if Gould and Teale are still together, but she does have a sweet picture of them kissing still up on her grid from February of 2020.

As for Dynevor, there’s no trace of a new romance on her social media. So, I’d venture to guess she’s single…?