The Proms? So common! Interior designer Nicky Haslam compiles list of the most vulgar aspects of life in 2018 including Knighthoods and Duty Free

He is the friend of the Royals who has become an arbiter of everything that should be avoided by those wishing to mix in polite society.

And now interior designer Nicky Haslam has helpfully compiled a list of the most vulgar aspects of life in 2018.

‘No one is allowed to have opinions any more and everything has to be PC,’ he complains. ‘There is no individuality — even buildings are starting to look the same.’ 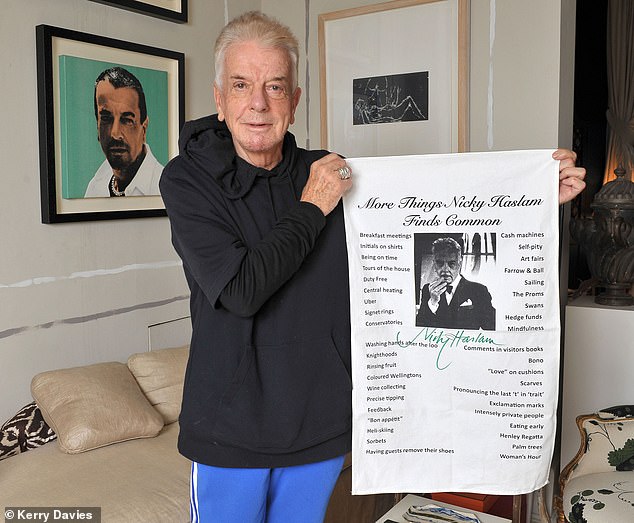 Nicky Haslam, pictured with his new More Things Nicky Haslam Finds Common tea towel, has made a list of the most vulgar aspects of life in 2018

Haslam, 79, has put the list on a tea towel (pictured right, with an edited list of his gripes) — or ‘drying up cloth’, as he insists — which he sells for a distinctly uncommon £20 … or £25 signed.

Surprisingly, knighthoods are among the things he finds common, even though many of his friends are titled. Does he not fancy an honour himself?

‘I think Sir Nicholas Haslam sounds like the head of a car company in Birmingham,’ he sniffs.

‘I would rather be Nicky Haslam or a Marquess.’ 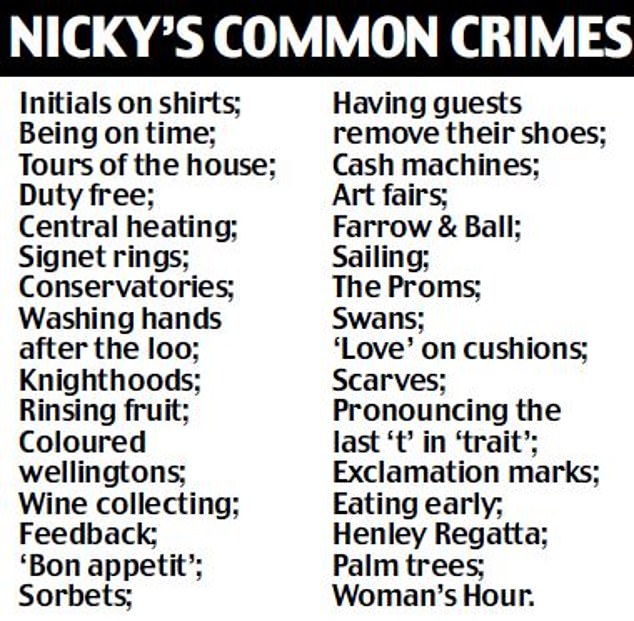 While many of his friends will be spending the festive season abroad, Haslam tells me: ‘You should always spend Christmas Day in your home country and then go away on Boxing Day.’

He will be topping up his tan in Barbados in the new year. 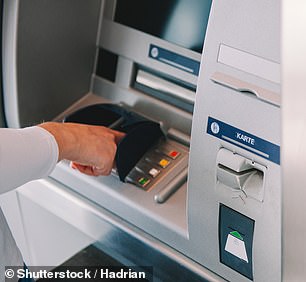 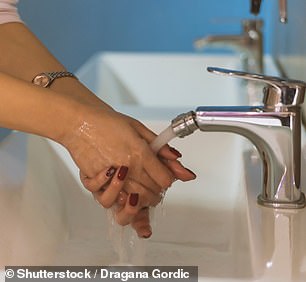 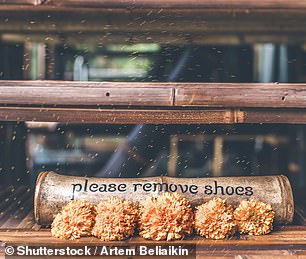 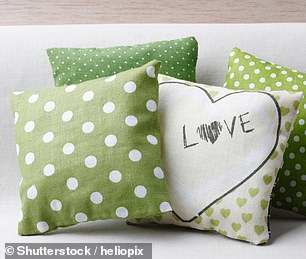 The sublimely ditzy Helena Bonham Carter gives a convincing impression of being blithely unconcerned with anything as vulgar as money.

Perhaps this partly explains why she was an obvious choice to play Princess Margaret in the forthcoming series of The Crown for Netflix.

Luckily, the 52-year-old star of Planet Of The Apes has two City slicker brothers, Edward, 58, and Tom, 57, to help ensure that she can live in regal manner.

Figures just filed at Companies House record that Helena’s company, Orlando — of which Edward is a director and Tom the secretary — has amassed capital and reserves of £7.4million.

Time for another jewel in her crown?

MOOS just in: Natasha Kaplinsky — the first winner of Strictly Come Dancing — is struggling to become a farmer.

The newsreader, once reputedly paid £1 million a year by Channel 5, has acquired a menagerie since she moved to Sussex with her investment banker husband Justin Bower which includes two pygmy goats, three sheep, nine alpacas and a cow called Mabel.

Wealden Council has, however, rejected her application to convert a barn into a house for a farm manager, who would have overseen a herd of 100 dairy cows.