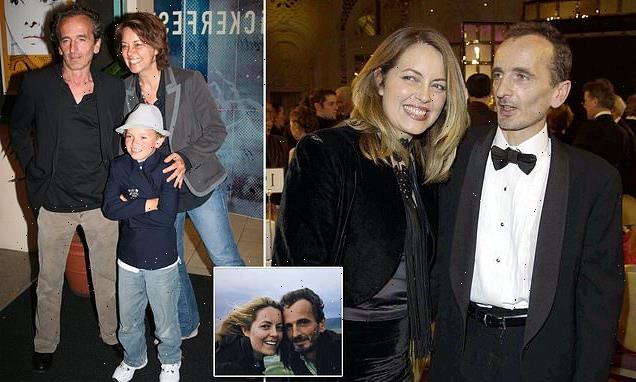 EDEN CONFIDENTIAL: How Greta Scacchi and her lover cousin split up 12 years ago

When Greta Scacchi started dating her first cousin, it caused a rift in the family with her Italian father ‘devastated’ at his daughter going into a relationship with his sister’s son.

But despite that, she still settled down with Carlo Mantegazza and in 1997 they even had a child, Matteo.

The status of their relationship has remained a closely guarded secret primarily owing to the notoriously private White Mischief star never discussing her personal life.

However, I can reveal that the actress and the man she once called her ‘rock’ actually split up over a decade ago. ‘They separated 12 years ago,’ her representative tells me. And a source close to the star confirms the break-up, but was keen to stress it was all very amicable. 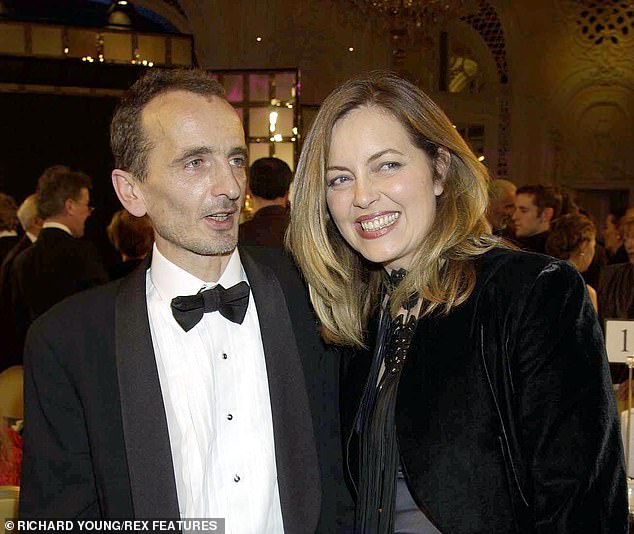 When Greta Scacchi started dating her first cousin, it caused a rift in the family with her Italian father ‘devastated’ 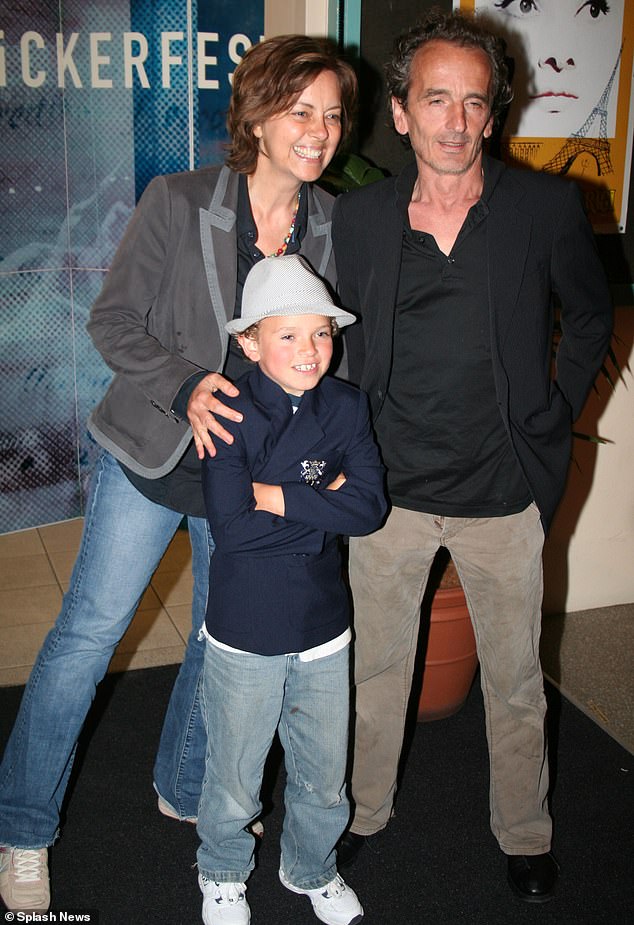 Greta Scacchi settled down with Carlo Mantegazza and in 1997 they even had a child, Matteo 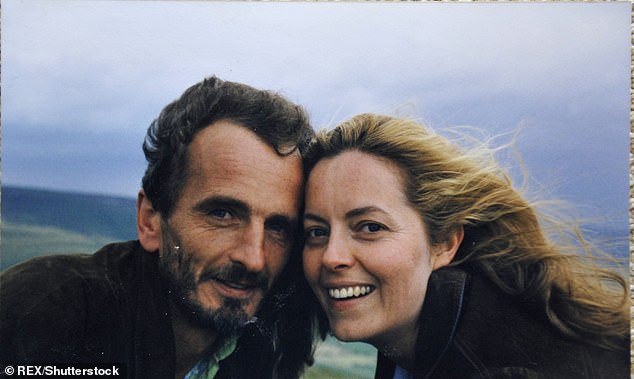 A source close to the star confirms the break-up, but was keen to stress it was all very amicable

‘They simply grew apart as couples often do, but there’s no animosity between them whatsoever. They obviously have a son together and wish each other well. It just wasn’t meant to be.’

The source added: ‘Greta’s privacy is very important to her and she’s never been comfortable discussing anything about her own life off-screen. Both she and Carlo are very private people.’

And it sounds like she’s ready for love again. Greta, 62, is currently starring in a new TV series, Darby And Joan, as a widowed British woman who tours Australia with a retired detective in a campervan.

She was asked recently if she’d like to embark on a similar road trip in real life and replied: ‘The vision in my head is being accompanied by a gorgeous, capable man at my side, to protect me and share the journey.’

As well as Matteo, she has daughter Leila George, 30, with actor Vincent D’Onofrio. Leila was briefly married to Oscar-winner Sean Penn, but they got divorced earlier in the year. 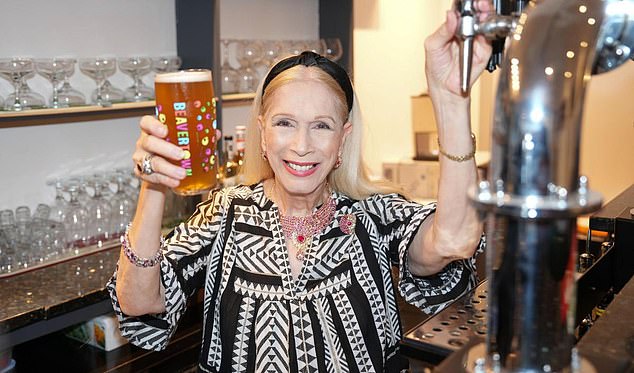 Is there anything to which Lady Colin Campbell can’t turn her hand?

Not content with knocking out books on Prince Harry and Meghan, restoring Castle Goring and appearing on I’m A Celebrity, she’s now trying her luck as a publican after acquiring a bar in nearby Worthing. ‘It’s the first time I’ve ever poured a pint,’ says the 73-year-old.

The hostelry is to be run by Misha, 29, one of the two Russian lads she adopted nearly two decades ago.

But Lady C has already put her stamp on the place after ‘buying all the pictures’, and hopes the bar, called Roots, will recall her childhood in Jamaica. Bottoms up!

Having been a stand-up comic since the mid-Nineties, Tim Vine has a wealth of on-stage experience. But that didn’t help him deal with the stage fright he now admits is the reason he quit BBC comedy Not Going Out. Bizarrely, the 55-year-old, who left the show in 2014, had no problems performing to crowds. ‘It was more the sitcom thing. With stand-up, you’re in charge of where you go.’

Isn’t it easier to be in charge of where you go if you’re Not Going Out? 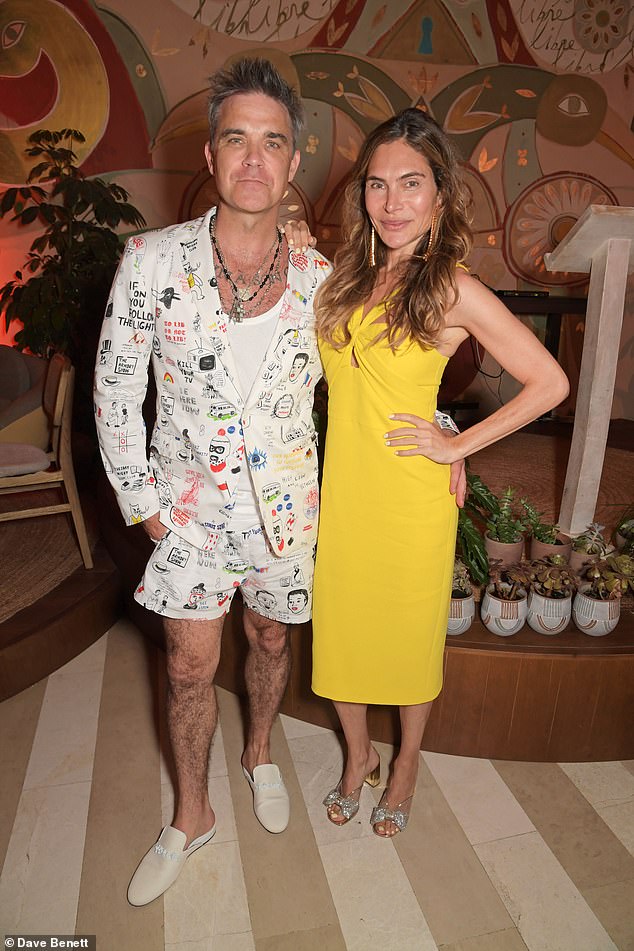 At 48, Robbie Williams has joined most of London’s beau monde and is having a blast exploring Ibiza for the first time.

The pop star has been surprising fans with a number of impromptu late-night performances on the Spanish party island. The father-of-four, who’s been sober for 20 years, then turned his attentions to a goodwill cause on Tuesday night. The former Take That star and his wife, ex-X Factor judge Ayda Field, 43, attended the Teen Cancer American Art Gala, hosted by charity boss Darren Strowger and Robbie Furze, of indie-rock band The Big Pink. Williams (pictured with Ayda at the event) is certainly a giver, having once earned £1 million to sing for an hour at a birthday party — and donating it all to charity.

Former Strictly contestant Vick Hope may be making a name for herself as a presenter, but should we be calling her by a different one?

‘My full name is Victoria Nwayawu Nwosu-Hope,’ reveals the Radio 1 DJ (left), who says she was advised not to use her Nigerian surname because ‘people would find it difficult to pronounce’.

The star, 32, who recently got engaged to DJ Calvin Harris, 38, after five months of dating, adds: ‘It was a shame to drop “Nwosu” when I first started. What I should’ve said is: “A name from another country shouldn’t be a problem.”’