Want to eat like the kings of K-pop? On Wednesday (May 26th) morning, McDonald’s started serving the “BTS Meal” — 10 chicken nuggets, medium fries, a medium Coke, and sweet chili and cajun dipping sauces inspired by recipes from McDonald’s South Korea. The meal release will be followed at 7 p.m. E.T. with a drop of merchandise exclusively on the Weverse Shop app, a Korean platform created by BTS’ parent company HYBE.

McDonald’s tells Rolling Stone that the clothing was inspired by menu items. The drop will have hoodies, bathrobes, socks, and sandals, and fans can expect to see a combination of the BTS brand’s signature purple color with the classic McDonald’s red and gold. BTS also filmed a commercial for McDonald’s featuring their latest single “Butter,” which will begin airing on American television tonight, and the restaurant chain says it also has some “never-before-seen digital surprises” up its sleeve that will roll out in its own app.

Maybe Touring Can Return Without the Toxic Work Culture

During quarantine, left-of-center brand partnerships became all the rage in the whole music industry, as artists scrambled to make money without in-person opportunities: Lady Gaga created pink-and-green Oreos in honor of Chromatica, Post Malone became one of many stars to rep Pokémon, and Selena Gomez designed a Serendipity ice cream flavor for her single with Blackpink. But McDonald’s has churned out viral partnerships in unusually quick succession. Its BTS team-up follows last year’s Travis Scott drop (which saw Scott earning around $20 million, according to Forbes) as well as J Balvin’s; but prior to the Scott deal, the last celebrity to appear on a McDonald’s menu was Michael Jackson in 1992. 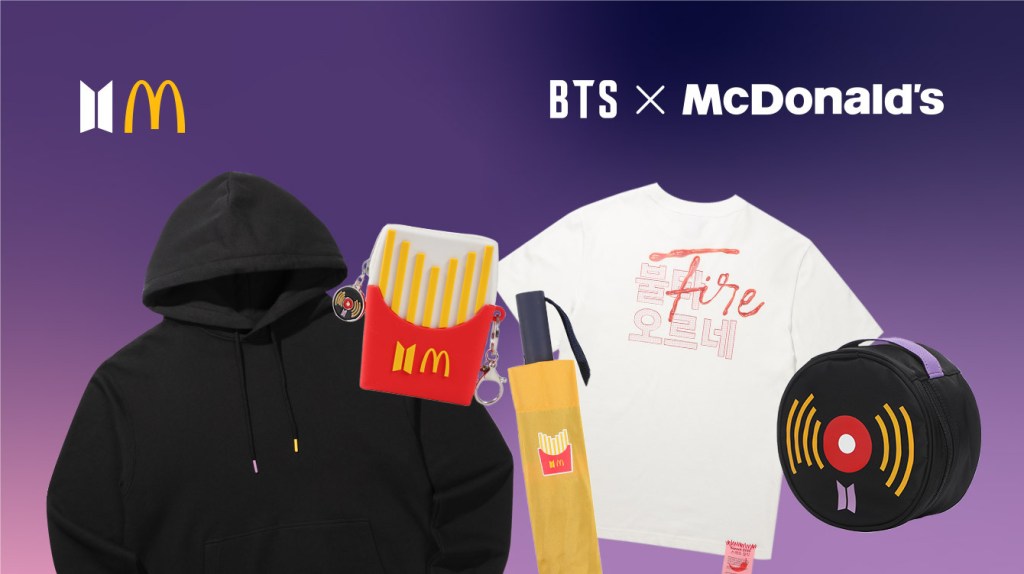 What inspired this celebrity marketing approach? Did it have to do with the pandemic?
MF: The idea for Famous Orders actually originated well before the pandemic. No matter who you are, everyone has a favorite McDonald’s order — even the biggest celebrities. We turned that idea into a Super Bowl commercial that aired in February 2020 featuring the “trays” of several high-profile celebs.

We always want to make sure that we stay relevant and current with our younger fans, and this program has helped us connect with a new generation and insert the McDonald’s brand in culture.

How did the Travis Scott idea come about? Who approached who?
MF: We knew Travis Scott was a longtime fan who grew up going to McDonald’s in his hometown of Houston. So when we decided to offer our first celebrity signature order in restaurants, we knew Travis would be a great partner to help us bring this to life.

What does McDonalds look for in aligning with a musical artist?
VC: We look for artists who are true fans of our food. That authenticity is key. But we also want to partner with celebrities our customers and crew members love. As a restaurant owner/operator, I’ve seen firsthand the excitement these Famous Orders create around our brand. From customers blasting Travis Scott’s and J Balvin’s songs in the drive-thru last year, to sharing their own go-to McDonald’s orders and other unique content on social, it’s been incredible to see.

MF: They’re true collaborations. Last year, Travis Scott and J Balvin brought their own flavor and style to each element of their campaigns. They really dove headfirst into the partnership and made it their own — choosing their signature meals, co-designing merch and even helping shape the TV spots we aired. For the BTS collab, we worked with the band to offer one of K-pop’s most anticipated items as part of the co-branded merch collection: photocards. And in our TV commercial that debuts this week, you’ll see the spot leans into the band’s colorful music-video style.

VC: These celebrity signature orders are so much more than limited-time promotions. They’re helping us create more meaningful, lasting connections with our customers while putting the McDonald’s brand at the center of culture. 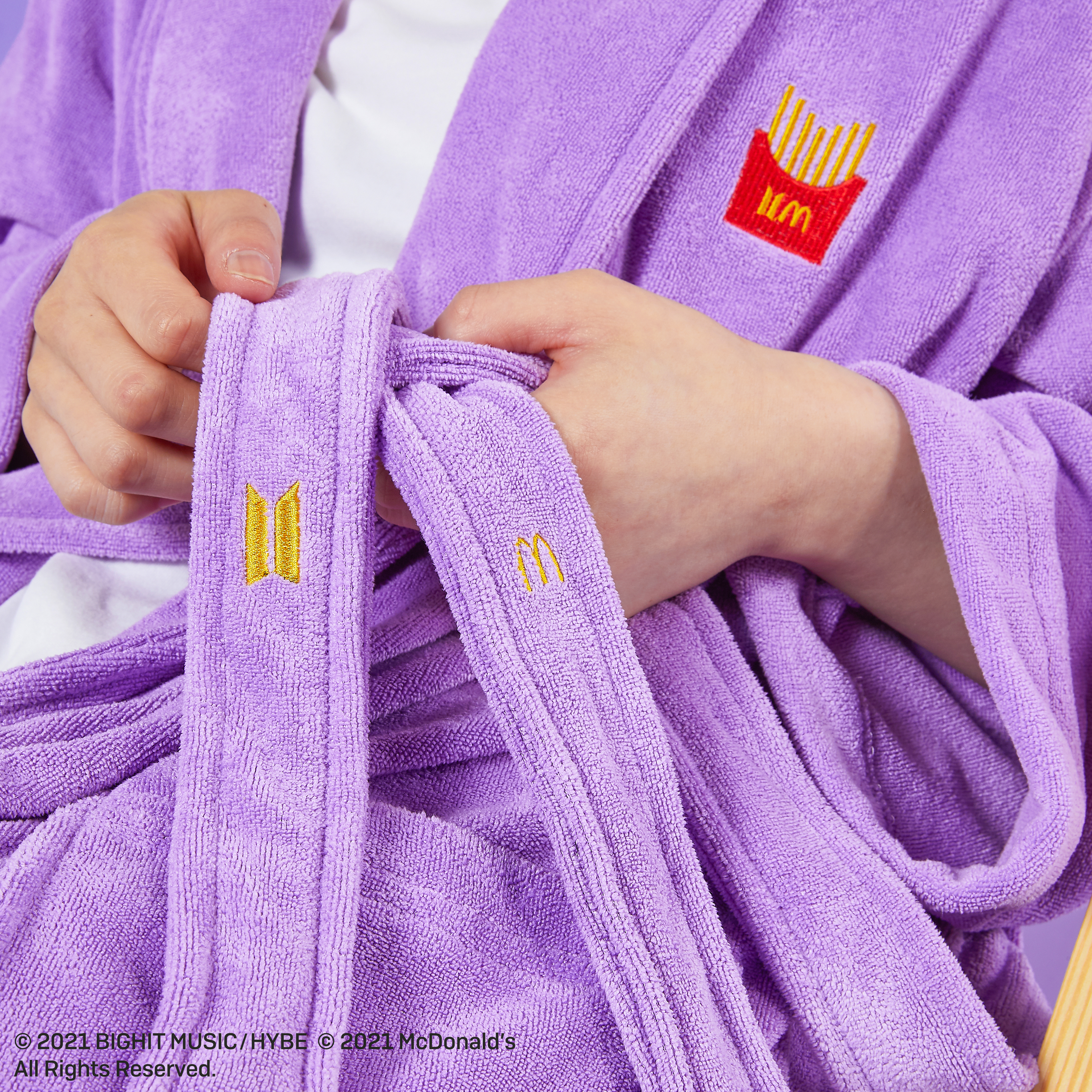 Can you share any data that shows how successful these kinds of initiatives have been so far?
MF: These have been hugely successful campaigns. To give you a sense for the excitement we’ve generated, our social content announcing our partnership with Travis Scott trended #1 and #2 simultaneously on Twitter and in the top #3 on YouTube. Our BTS partnership announcement drove record-breaking engagement on our social channels while trending on Twitter worldwide.

From a business perspective, the Travis Scott and J Balvin Famous Orders were significant drivers of U.S. sales in the second half of 2020, and they helped strengthen our digital business. We’ve retained many of the digital customers who downloaded our app during those promotions.

[Editor’s note: McDonald’s declined to comment on the percentage of profits from Famous Order meals that go to artists, and it did also declined to provide sales figures for its J Balvin meals or Cactus Jack meals. Also, a planned distribution of J Balvin’s merch was canceled due to “production challenges.”]

How did the BTS deal come about? And what makes BTS an ideal partner?
MF: BTS are the definition of a global phenomenon. They have an incredibly passionate and loyal fanbase, which is a big reason why we decided to partner with them. Most importantly, BTS are true fans of McDonald’s. Each band member has their own memories with our brand going back years.

What was the social response like when you made the announcement?
MF: We’ve seen incredible support from BTS’ fanbase with fans creating their own memes and positive content about the partnership in social media. I’ve even gained some new K-pop fan followers myself.

What makes the BTS rollout stand out?
MF: We took inspiration from a K-pop song release — mimicking the build-up to a new single and engaged fans early and often. Between our April announcement and the BTS Meal hitting restaurants, we’ve had a steady rollout of content on social — posting the release schedule, concept photos of the band, and most recently teasing our upcoming merch collection. We’ve also incorporated subtle nods to the band on our social handles, like adding the superscript “7” on Twitter, and we’ll be leaning heavily into the digital, behind-the-scenes content BTS fans look forward to with weekly drops exclusively available on the McDonald’s app.

The BTS meal will be the first Famous Order in McDonald’s history to go on a global “tour,” spanning nearly 50 markets and six continents. Why was that important? And will the meals differ at all based on the diets of geographic locations?
MF: Other markets have taken notice of the success we’ve had with Famous Orders here in the U.S. And our partnership with BTS, a truly global fanbase, was a perfect opportunity for many of them to get in on the fun. Across all markets worldwide, the band’s signature order is consistent. The only difference you may see is some markets offering nine-piece Chicken McNuggets or a different drink based on their local menus.

Does McDonald’s plan to continue making these deals with artists? If so, how many are confirmed? Will the world see a collaboration between McDonalds and female artists soon?
MF: We’re always looking for new opportunities. There is so much opportunity within the Famous Orders platform. We’re just getting started. 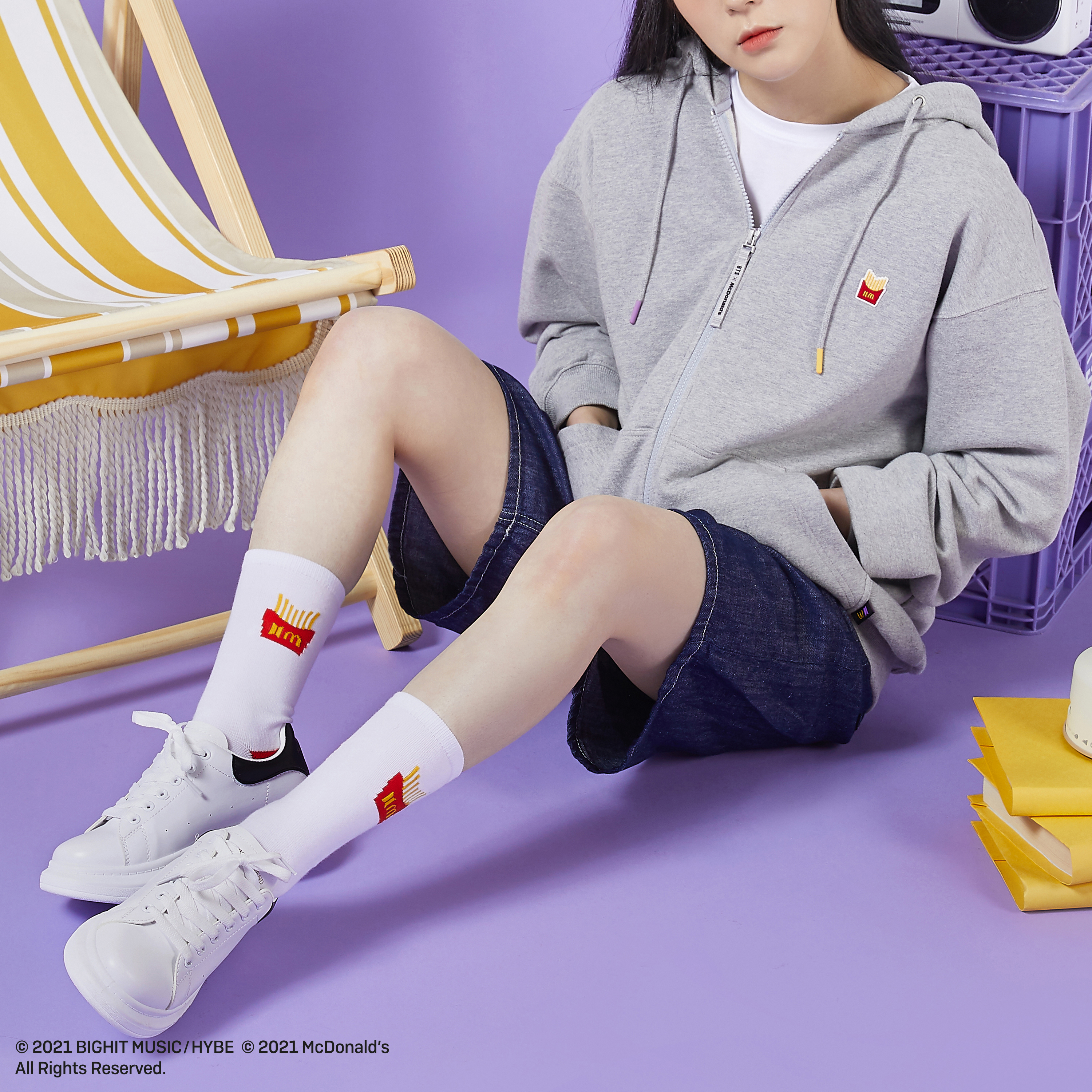