The ‘Home Before Dark’ season 2 finale has arrived. In this EXCLUSIVE preview, Hilde breaks down the ‘smoking gun’ situation to her dad and what they need to do next.

Hilde, Izzy, and Bridget are watching video footage in this EXCLUSIVE preview of the Home Before Dark season 2 finale when Matt walks through the door. Hilde doesn’t waste any time explaining what’s going on. “Richie said there’s a smoking gun,” Hilde says. “Arthur had a confession tape that could take Strata down, but he left it behind in Erie Harbor.”

The video features Hank Gillis saying that he was showing my friend’s kid the new plans, and Hilde points out that kid was Richie. She adds, “Richie is the one who overhead the executives.” 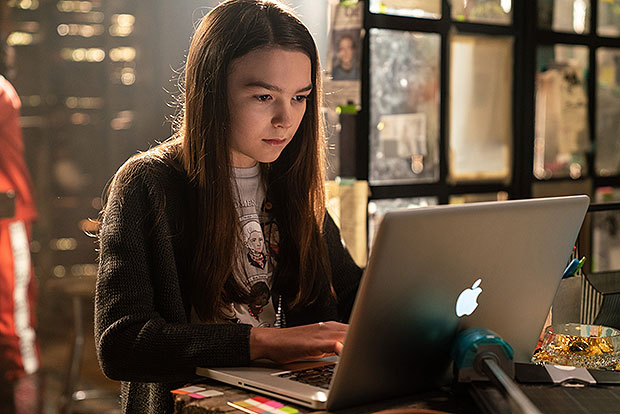 Bridget says, “That must have been when he became Strata’s target.” Izzy weighs in and notes the confession tape could be anywhere. Matt stresses that they need to think about this.

“We know that Arthur was holding on to the tape until the day Hank Gillis’ plane crashed because he was planning on taking that in to the police,” Matt says.

Hilde follows Matt’s lead and says, “Richie said that Arthur left town that night because he was so scared.” She points out to her dad that Hank crashed the afternoon of October 24, 1987. “You just have to find out what Arthur did that day,” Hilde tells her dad. Izzy thinks that’s easier said than done. 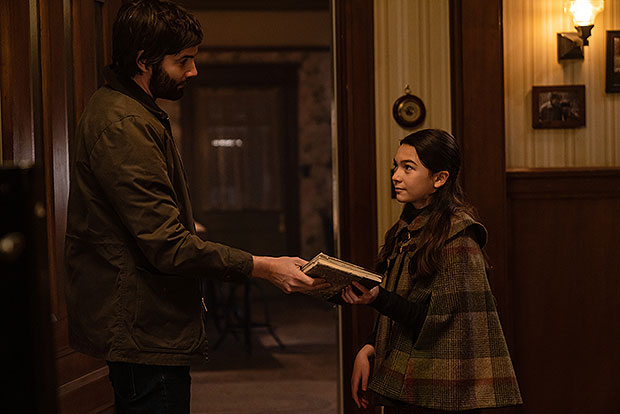 The penultimate episode of season 2 had the Liskos facing a heartbreaking tragedy. Hilde’s grandfather passed away. Matt blamed Strata for his father’s death because of chemicals his dad was exposed to while working at Strata. Matt began his own investigation into the company. Izzy ended up staging a school walkout to spotlight what Strata was trying to do to Hilde. The episode ended with the game-changing reveal that Richie Fife really is alive and living in Canada! He also has a son! The season 2 finale will be available August 13 on Apple TV+.