The 30-year-old shared a moving picture of a mother holding a child with angel wings on Instagram on Wednesday as she wrote about losing her baby, Penny-Leigh. 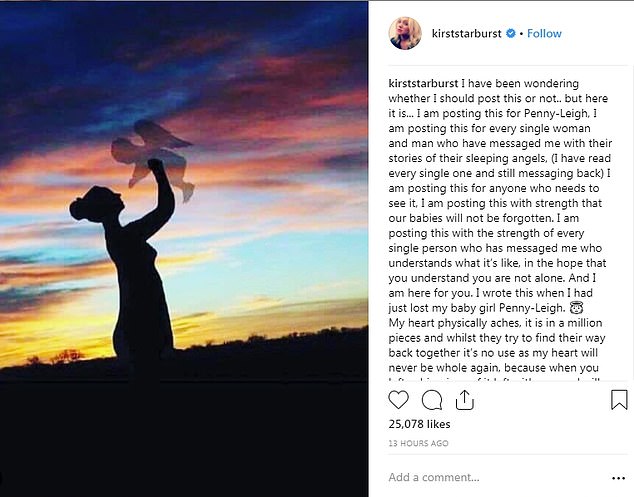 Sad: Hollyoaks star Kirsty-Leigh Porter has paid tribute to her ‘sleeping angel’ baby girl who was stillborn in December… as she said her ‘heart will never be whole again’

‘And I am here for you. I wrote this when I had just lost my baby girl Penny-Leigh…’

She continued: ‘My heart physically aches, it is in a million pieces and whilst they try to find their way back together it’s no use as my heart will never be whole again, because when you left, a big piece of it left with you and will always be with you wherever you are. 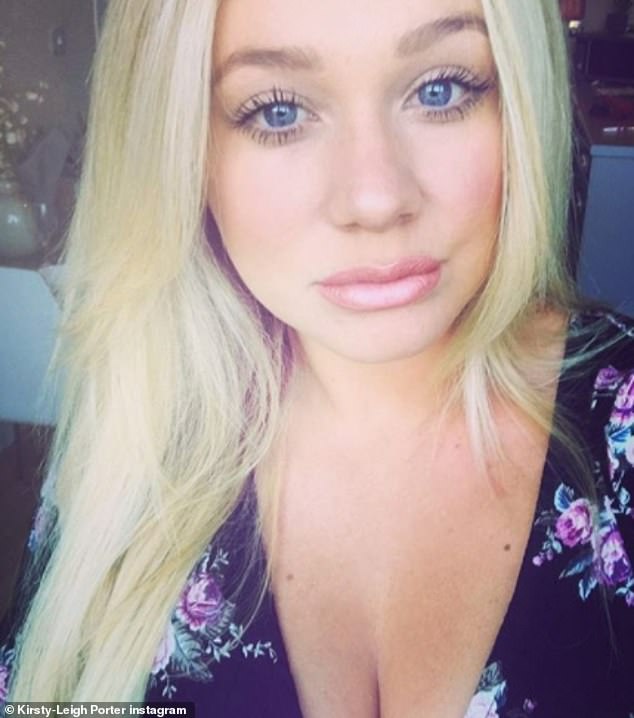 ‘I will always do you proud. As unbelievable grief consumes me and this dark cloud sticks above me, I still have your light to guide me. The brightest star in the sky.

‘Oh my darling Penny-Leigh, my beautiful little girl, You came into our life like a whirlwind and now all of sudden it’s gone. Quiet and still, completely numb. All our plans, our future, snatched away in a moment that we can never go back too and change.

‘My mind can’t comprehend how I have given birth yet my baby is not here with me. How is that ok? How is that ever going to be ok? People say “she was too good for this earth” but that would mean there was a reason you are not still here with your mummy and daddy, and I don’t think there is any reason for it.

‘How can being anywhere but in our arms better for you? With the overwhelming grief comes GUILT. If I’m not a heap on the bathroom floor hiding myself away crying, I am wondering aimlessly around the room with GUILT.’

The soap actress and her partner of three years, Paul, 41, revealed the sad news that their daughter passed away on December 21 last year at just 29 weeks and 3 days old. 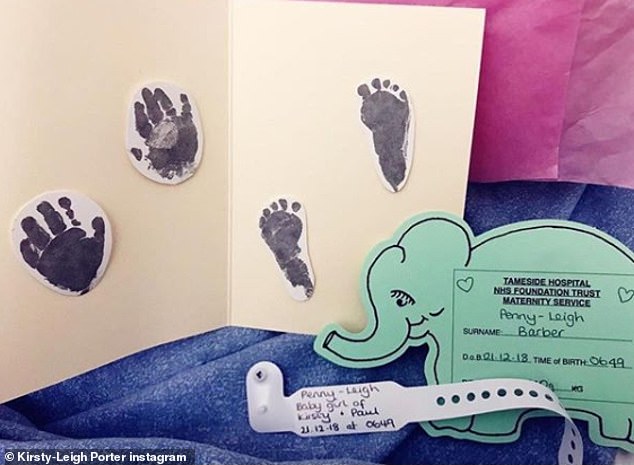 Devastating: Kirsty-Leigh has revealed her baby girl was stillborn and said she ‘never felt pain like it’ in a heartbreaking statement

Saying she had ‘never felt pain like it’, Kirsty-Leigh shared a picture which showed a card she had received from the NHS following her devastating loss.

‘My heart has never felt pain like it. Sleep sweetly our angel. We will always love you. Love your Mummy & Daddy My Everything.’

Kirsty-Leigh’s followers sent her their love and prayers following the tragic news, including some of her co-stars.

Rory Douglas-Speed, who plays Joel Dexter on Hollyoaks, wrote: ‘All the love to you both’.

In November, the Channel 4 soap favourite had told OK! magazine she was expecting her first child with her fiancé.

She told the magazine: ‘You just feel everything at once. With acting, you don’t know when you’re okay to be like: “Let’s take a year out and do this”.

‘You’re just prepared when it happens, and we’re so happy it’s happened for us now.’

Kirsty-Leigh, who plays Leela Lomax on the soap, has found The One in partner Paul. 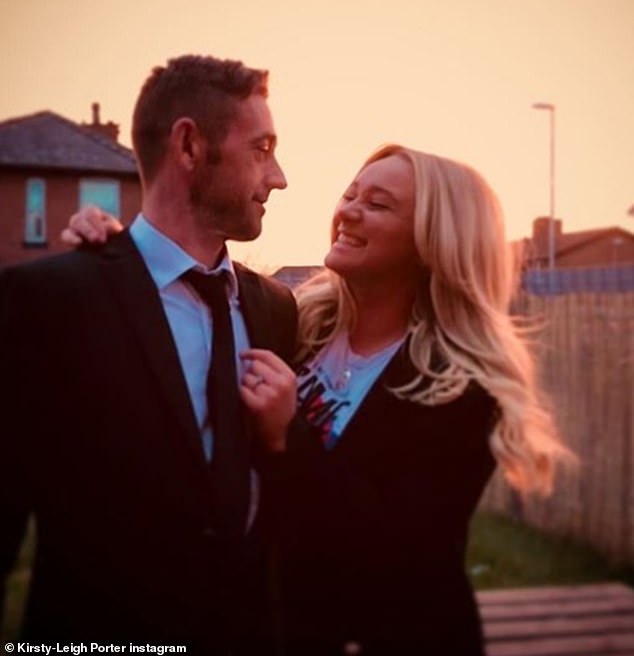 Romance:  She said of her romance with partner Paul, 41, ‘something just clicked’

She said: ‘Something just clicks. If you’re in a relationship and it’s not working then you find yourself having to try. With him, it’s just not like that.

‘We make an effort but it’s not hard work – it’s just so natural and effortless. I think that’s when you know it’s love, because every day you wake up and you’re happy.’

Paul added: ‘I didn’t believe in all that ‘when you know, you know’ stuff until I met Kirsty.’

The couple hope to marry soon, although Kirsty-Leigh admitted the pair haven’t ‘made any plans as yet’.

She continued: ‘Paul does get in these little love bubbles sometimes, saying: “I just want to marry you now”.’

Sands (stillbirth and neonatal death charity) supports anyone affected by the death of a baby. Call their Freephone helpline on 0808 164 3332, email [email protected] 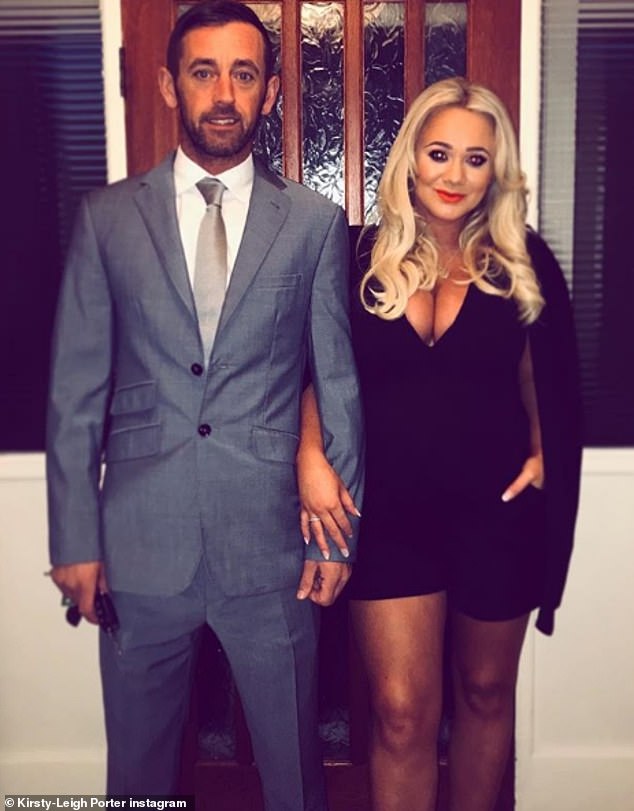 Loved up: Kirsty-Leigh has previously said that while the couple plan to marry soon, they haven’t ‘made any plans as yet’