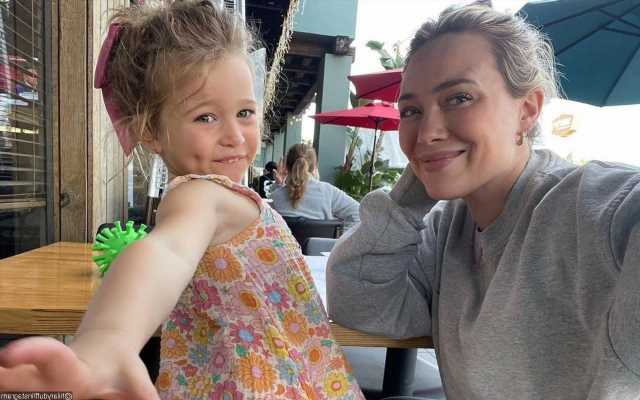 While the ‘How I Met Your Father’ actress remains mum on the criticism, her husband Matthew Koma catches wind of the criticism and apparently doesn’t take the backlash well.

AceShowbiz –Hilary Duff faced online criticism for seemingly neglecting her daughter’s safety. The “How I Met Your Father” actress was slammed after 3-year-old Banks, whom she shares with husband Matthew Koma, was seen riding in the back seat of a vehicle without a car seat.

Sharing a video of the controversial moment was Molly Bernard, Hilary’s “Younger” co-star. In an Instagram clip on Monday, January 3, Banks was seen adorably talking to the camera inside a moving car. However, one thing that caught people’s attention was that Banks sitting in the back seat without being fully strapped in with a seatbelt or the use of a car seat.

It must be noted that in California, where Hilary and Matthew reside, the law states that children under the age of 8 must be secured in a car seat or booster seat in the back seat. Fans quickly weighed in on the matter. “I love all of you but Banks not in a car seat breaks my CPST heart,” one concerned fan wrote.

“Unless you’re running from a wildfire or some other emergency/disaster there is ZERO reason for a toddler to be in a car like this… WTF??!” someone else added.

Matthew caught wind of the criticism and apparently didn’t take it well. “You’re the kind of person who cuts up a kid’s Apple sauce, hey?” the music producer replied to one of the critics. He also wrote, “you truly are a hero for speaking up,” to someone who recommended the young parents to check out an organization called @carseatsforthelittles.

Meanwhile, Hilary remains mum about the matter. It was her fans who came to her defense with one commenting, “While yes I agree the seatbelt should be properly worn it definitely looks like she is in a booster.” Another comment read, “It is clear that this precious girl loves Molly and that there is no bad intent here. I’m sure this will be used as a learning experience but for people to be calling for a cps investigation that is really far to take this.”

“You can’t even see from the video. My niece’s booster seat is at [the] bottom … it’s just a seat and it just elevates her. She probably has that type of booster seat. Ppl should reserve judgment,” another fan explained. However, someone else noted that “at her age, a booster needs to be behind her back and up the sides. She isn’t in a booster.”