The New York Times reported that Mayim Bialik would temporarily act as the “Jeopardy!” guest host as the quiz show looks for a new host to replace Mike Richards. The “Big Bang Theory” star is stepping in after Richards stepped down, days after the  “Jeopardy!” executive producer was named to replace beloved host Alex Trebek.

The Times reported that Richards left “amid a furor over sexist and offensive comments he made on a podcast.” But The Daily Beast also reported troubling behavior from Richards when he worked on “The Price is Right,” as models accused him of “discrimination and harassment.”

The outlet reported that Bialik is already on board as the host of “Jeopardy!” prime-time specials. The actor, who also has a Ph.D. in neuroscience, was one of the many guest hosts considered to replace Trebek, the show’s longtime host. But Bialik has also made statements that have raised eyebrows over the years. To learn how she feels about vaccines, keep reading!

Mayim Bialik is not an 'anti-vaxxer' 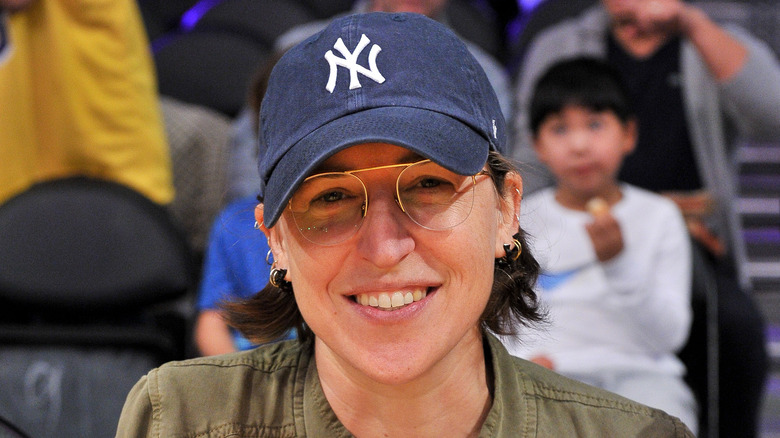 Mayim Bialik made a controversial statement in her 2012 parenting book that got the actor pegged as an “anti-vaxxer.” According to Newsweek, Bialik’s 2012 book “Beyond The Sling” raised eyebrows because she revealed she had “never vaccinated her children against illnesses.” Newsweek reported that some “Jeopardy!” fans called for Bialik to step down from her role at the quiz show after her past vaccine statements came under scrutiny.

However, The Wrap reported Bialik is not actually anti-vaccine and that “The Big Bang Theory” star received an unfair rap. Bialik’s spokesperson told The Wrap that she “has been fully vaccinated for the COVID-19 virus and is not at all an anti-vaxxer.” Bialik even made a video about vaccines in October 2020, called “Anti-Vaxxers and Covid,” to clarify that she and her kids are vaccinated. In the video, Bialik emphasized, “I have never, not once, said that vaccines are not valuable, not useful, or not necessary. Because they are.”

She also acknowledged the backlash she previously received, because when her book came out in 2012, her children hadn’t received “the typical schedule of vaccines.” However, she said, “The truth is, I delayed vaccinations for reasons that you don’t necessarily get to know about, simply because you follow me on social media.” Bialik continued, “As of today, my children may not have had every one of the vaccinations that your children have, but my children are vaccinated. I repeat, my children are vaccinated.”