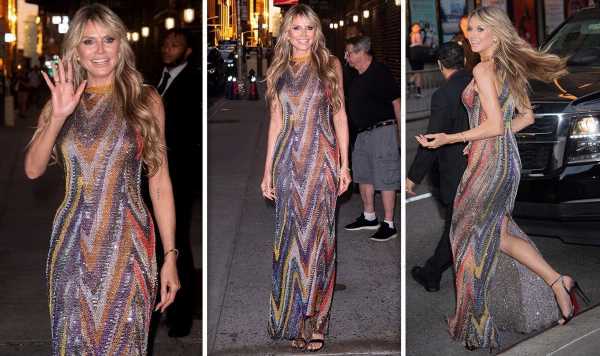 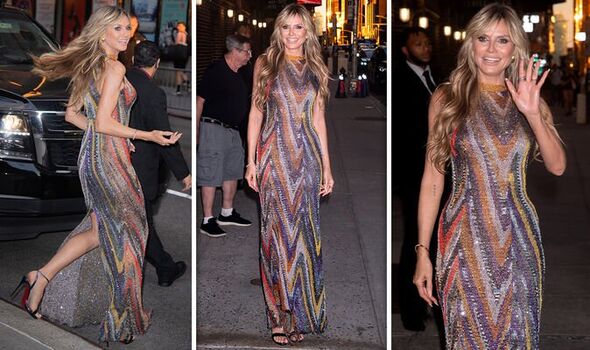 Supermodel Heidi Klum dazzled in a glittery, figure-hugging gown as she left the set of The Late Show yesterday. The star was in high spirits as she waved to fans and headed back to her hotel, revealing a daring split in her dress as she walked.

Heidi, 49, stunned in the skin-tight, glimmering gown as she smiled for the camera.

She modelled the sleeveless, high-necked number as she posed on the streets on New York.

Heidi’s incredible curves were accentuated by the garment, which featured sparkling zigzag stripes of orange, yellow, and purple.

The 5ft9 beauty also showed off her long legs with a split at the back of her dress, which allowed her to move with confidence. 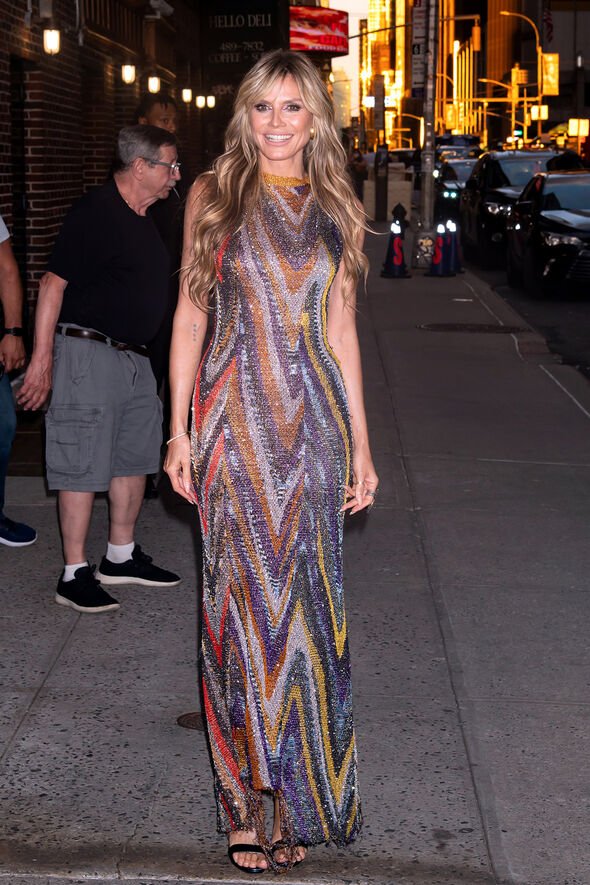 Heidi Klum, 49, dazzled in front of the camera 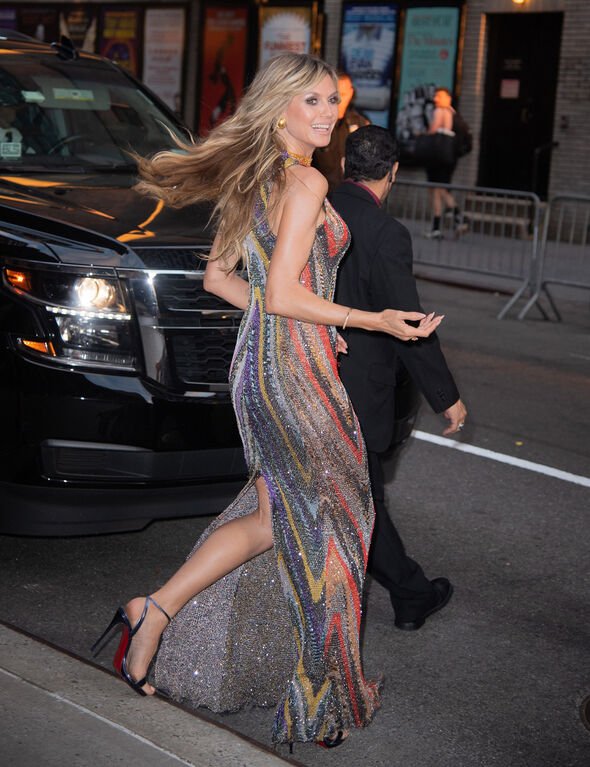 Heidi Klum, 49, showed off her long legs in the dress, which featured a split down the back. 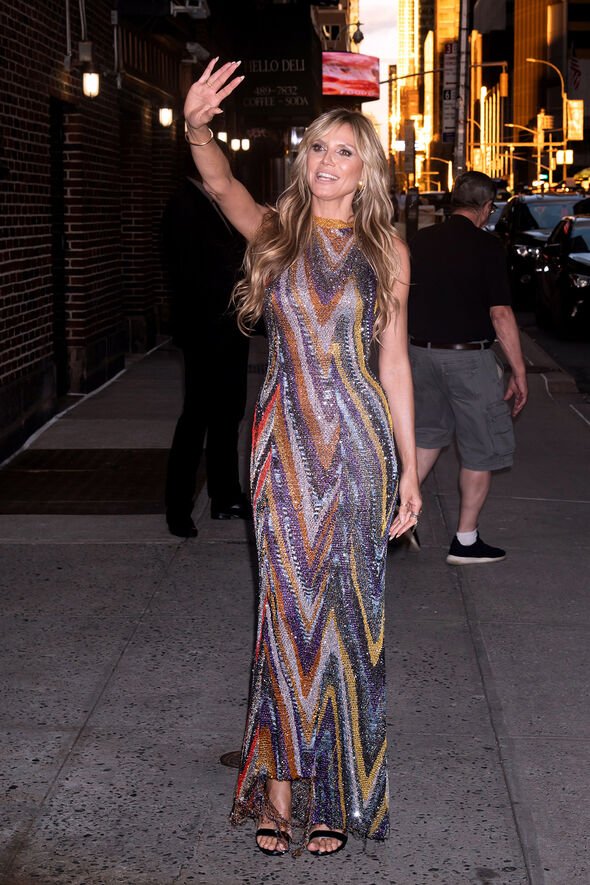 Heidi Klum, 49, seemed in good spirits as she left the studio. 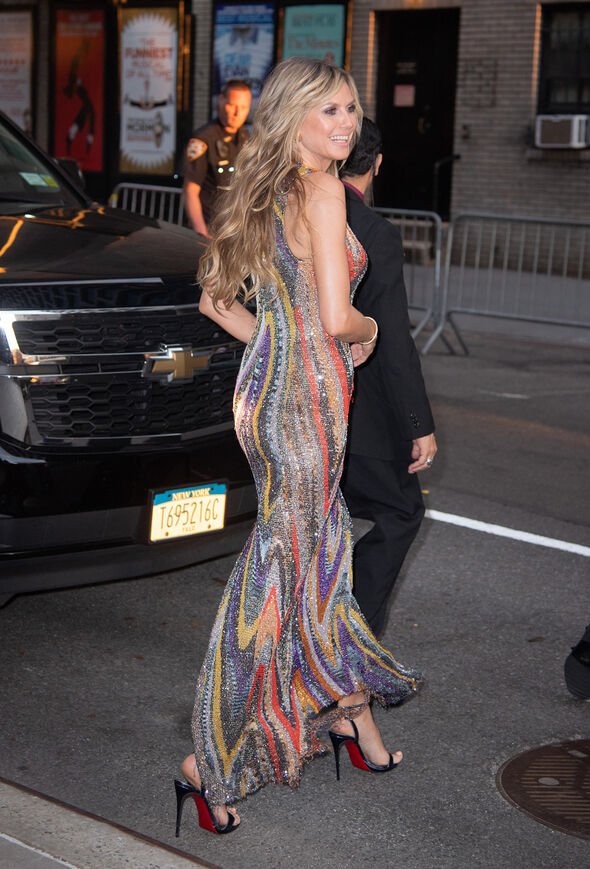 Heidi Klum, 49, showed off her curves 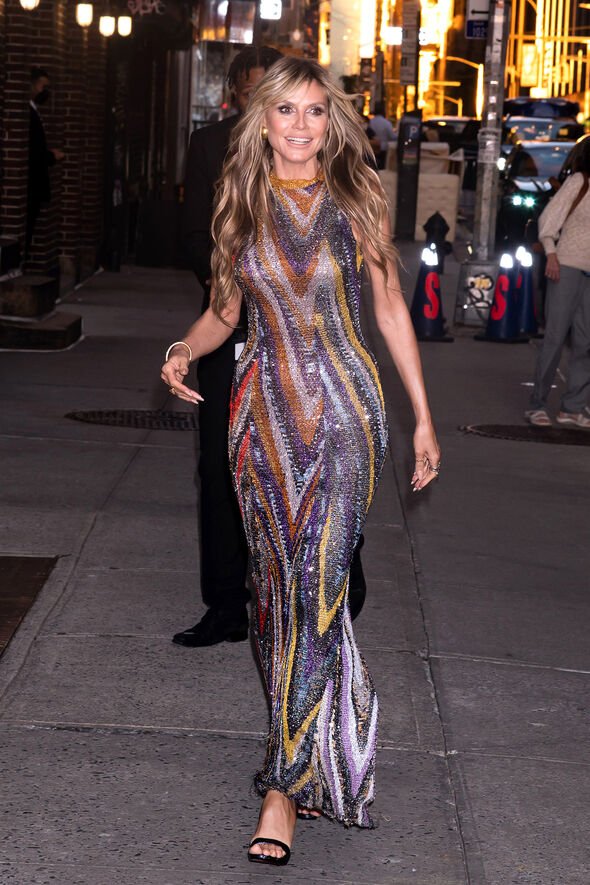 Heidi Klum, 49, opted for a pair of dark, open-toe Christian Louboutin heels and wore round, gold pendant earrings, a bracelet, and rings. 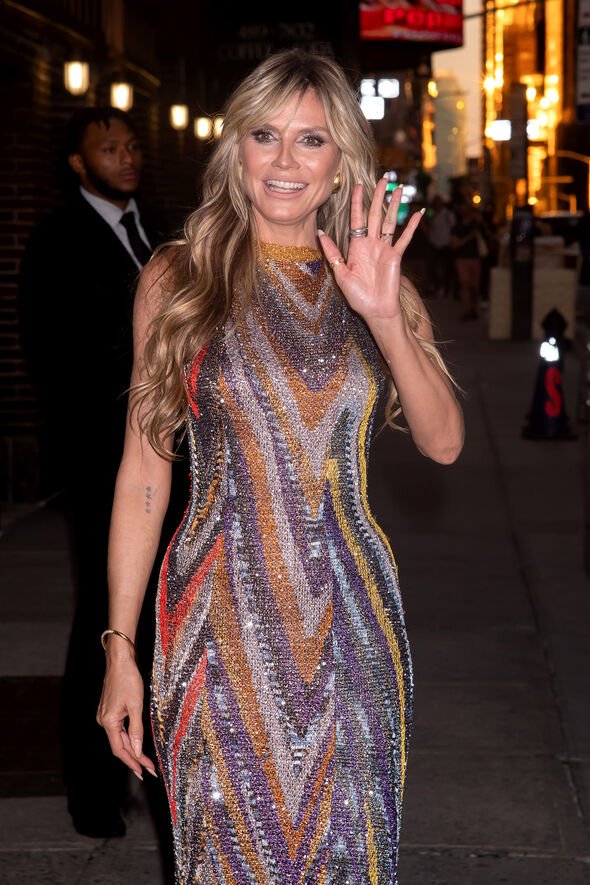 Heidi Klum, 49, made her eyes pop with some metallic, silvery shadow and some dark mascara.