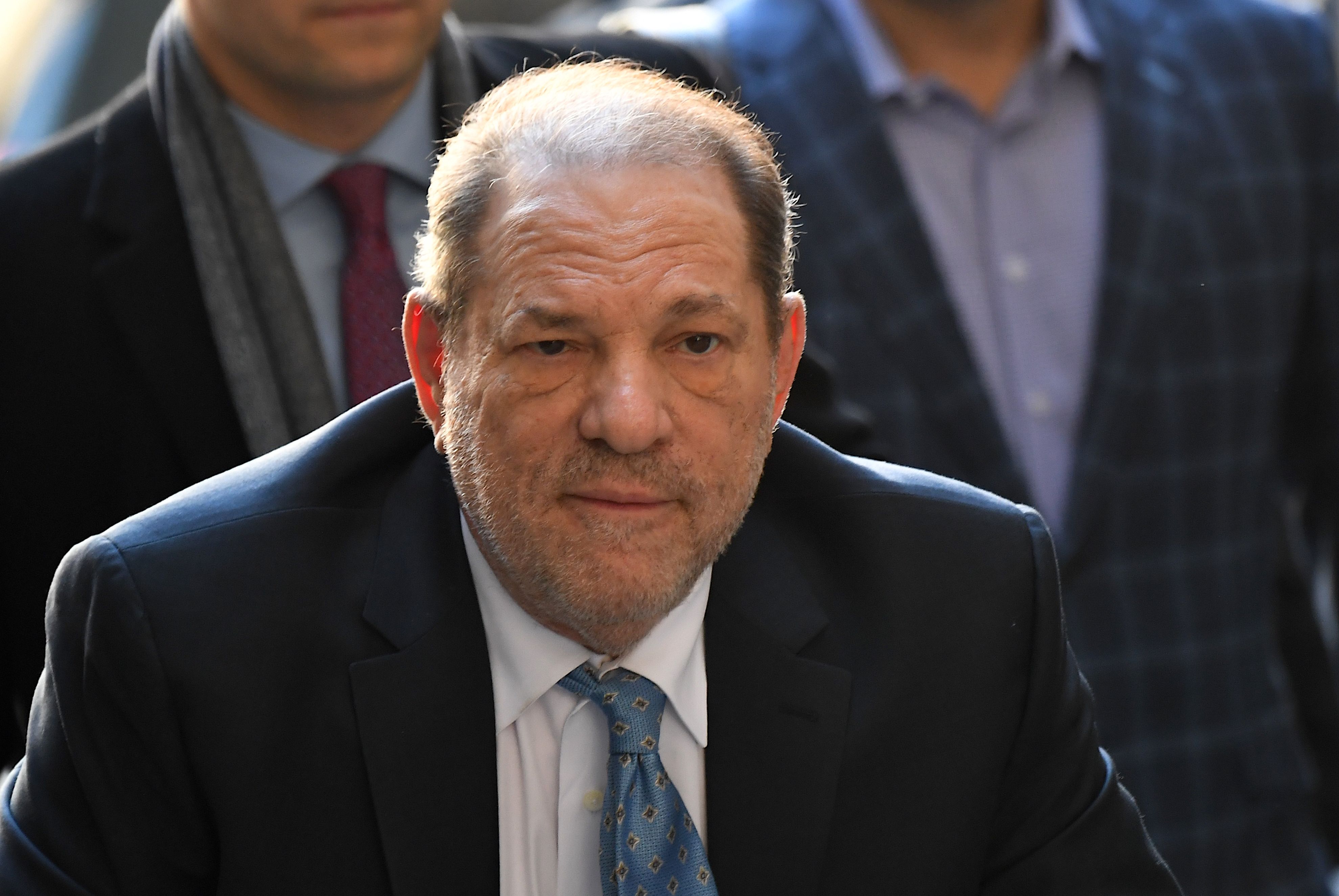 The film producer has been serving a 23-year prison sentence in New York since being convicted of rape last year.

The 69-year-old was brought into court on Wednesday in a wheelchair after losing his bid to block extradition from NYC.

Weinstein was charged with 11 counts of rape and sexual assault in California relating to five women.

His lawyer, Mark Werksman, entered a not guilty plea to all charges and said he planned to challenge three of the counts, citing the state’s statute of limitations.

Weinstein, who wore a blue disposable face mask, spoke briefly during the five-minute part of the hearing open to the public.

Judge Sergio Tapia told him, ‘good luck Mr Weinstein’, to which the convicted rapist replied: ‘Thank you very much.’

Weinstein was one of the most powerful figures in Hollywood before dozens of women accused him of sexual assault in October 2017.

Weinstein was first charged in Los Angeles in January 2020 as his New York trial was getting under way. He is appealing against his New York rape conviction.

His latest court appearance comes just days after his divorce from his wife Georgina Chapman was finalized, almost four years she filed to terminate their marriage.