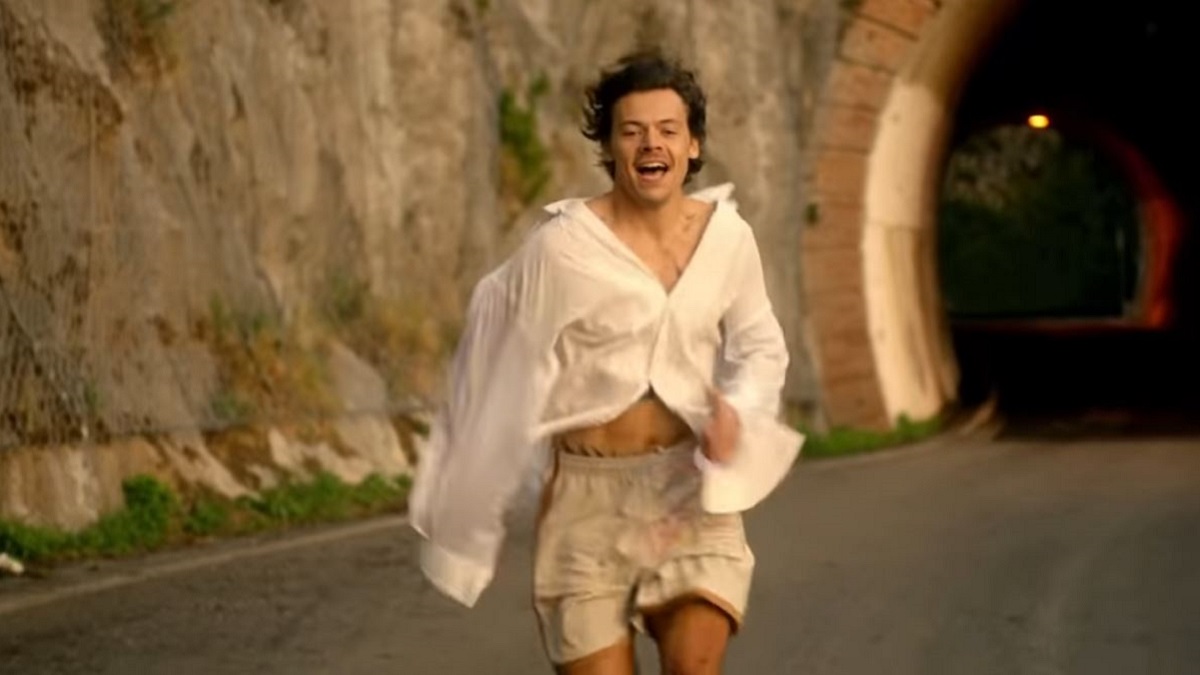 In the video, the singer shows off his ripped torso and fans are swooning. Many are saying on social media that Styles is the sexiest male artist alive.

The former One Direction star’s shirt is unbuttoned at the top to show off his tattooed chest.

He is later shown stripped to the waist by a pool, exposing his ripped and inked torso.

After the Golden music video was uploaded to YouTube yesterday, many Styles fans flocked to social media platforms, including Twitter, to share their adoration and infatuation with the pop idol.

“Harry Styles is so cute and sexy at the same time I think he is my perfect man,” one infatuated fan tweeted.

“Won’t recover from @Harry_Styles in *that* white shirt for a while, or maybe ever,” another enthused.

“I’ve been stalking videos of him on TikTok. He’s so sexy and extremely cute at the same time. How did the Gods allow this,” a third besotted fan tweeted.

Some tweeted that Harry Styles meant more to them than their work and education.

“Normalize putting Harry Styles ahead of your education,” a fan tweeted.

“I’m legit failing almost every class- I’m supposed to be writing two essays rn but honestly I could care less,” a fan responded.

Golden is a single from Styles’ album Fine Line

The album also includes hit singles, such as Watermelon Sugar, Adore You, Lights Up, and Falling.

The Golden music video was directed by Ben and Gabe Turner. It rose quickly to top trending on Twitter after it was released yesterday.

The video has received more than 15.2 million views in the first 22 hours after it was released.