The picture of Las Vegas at the forefront of a person’s mind is filled with casinos and luxury hotels, but for HBO Max’s Hacks, production designer Jonathan Carlos wanted to show a more varied image of what Las Vegas is like. He was in charge of recreating the style and feeling of different parts of Las Vegas while shooting in California.

A large part of the series takes place in Deborah Vance’s mansion, which Carlos modeled after the architecture of a French chateau. With the beginnings of a French influence, the design was inspired by Vance’s character to complete the appearance of a grounded and realistic home that matched her personality. 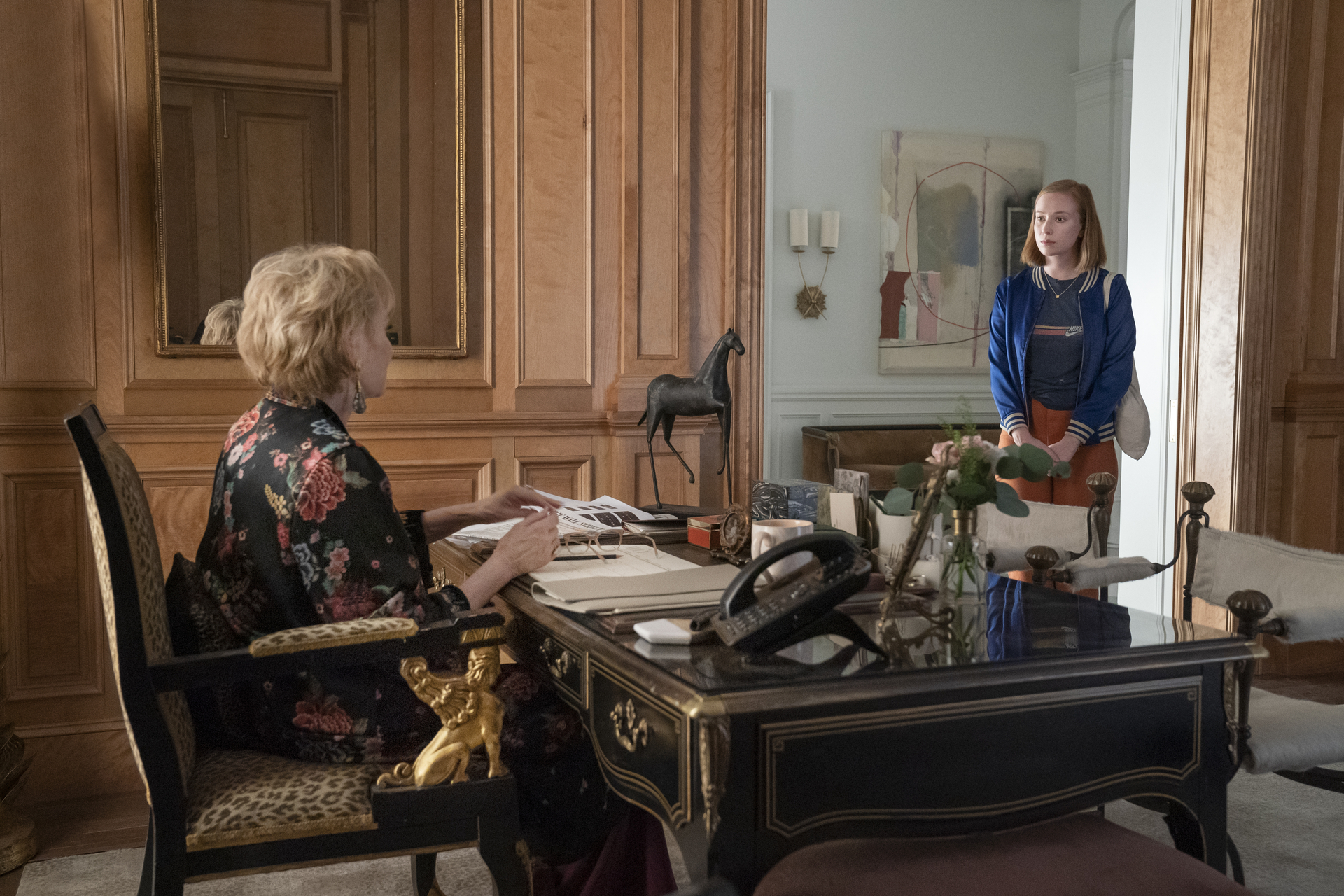 DEADLINE: When you were location scouting for the show, what were you looking for to represent Las Vegas?

JONATHAN CARLOS: We really wanted to show numerous aspects of Las Vegas. There’re the traditional aspects of Vegas that everyone comes to know just from being a tourist there, like the opulent casinos and the Strip. We were able to recreate the Palmetto itself by showcasing some of the more opulent poker room and casino floor spaces versus the comp-room that Ava had, that was in a neglected space overlooking the air conditioning units out her window. In addition to that, we were trying to show the lifestyle of a resident of Las Vegas. So, this was shown in both how Deborah had this mansion, with how like the other half live, but then she would venture out into so many places, like the antique store and the pizza restaurant opening in the outskirts of one of the suburban neighborhoods of Las Vegas. It really showed the different levels of residences and lifestyle that are located there.

DEADLINE: And what were the early conversations like with the creators in terms of design, especially in the house?

CARLOS: Very early on, we talked about wanting to make sure that the environment had a heightened realism that they read more like a drama than as a comedy. It was really important that the environments weren’t hyperbolic and were grounded in realism, so that Deborah’s character wasn’t that of a caricature, and you could really see a strong character development on the environment around her, not being so over the top and egregiously ridiculous that you can alienate yourself from understanding her as a real person rather than just a comedic element. 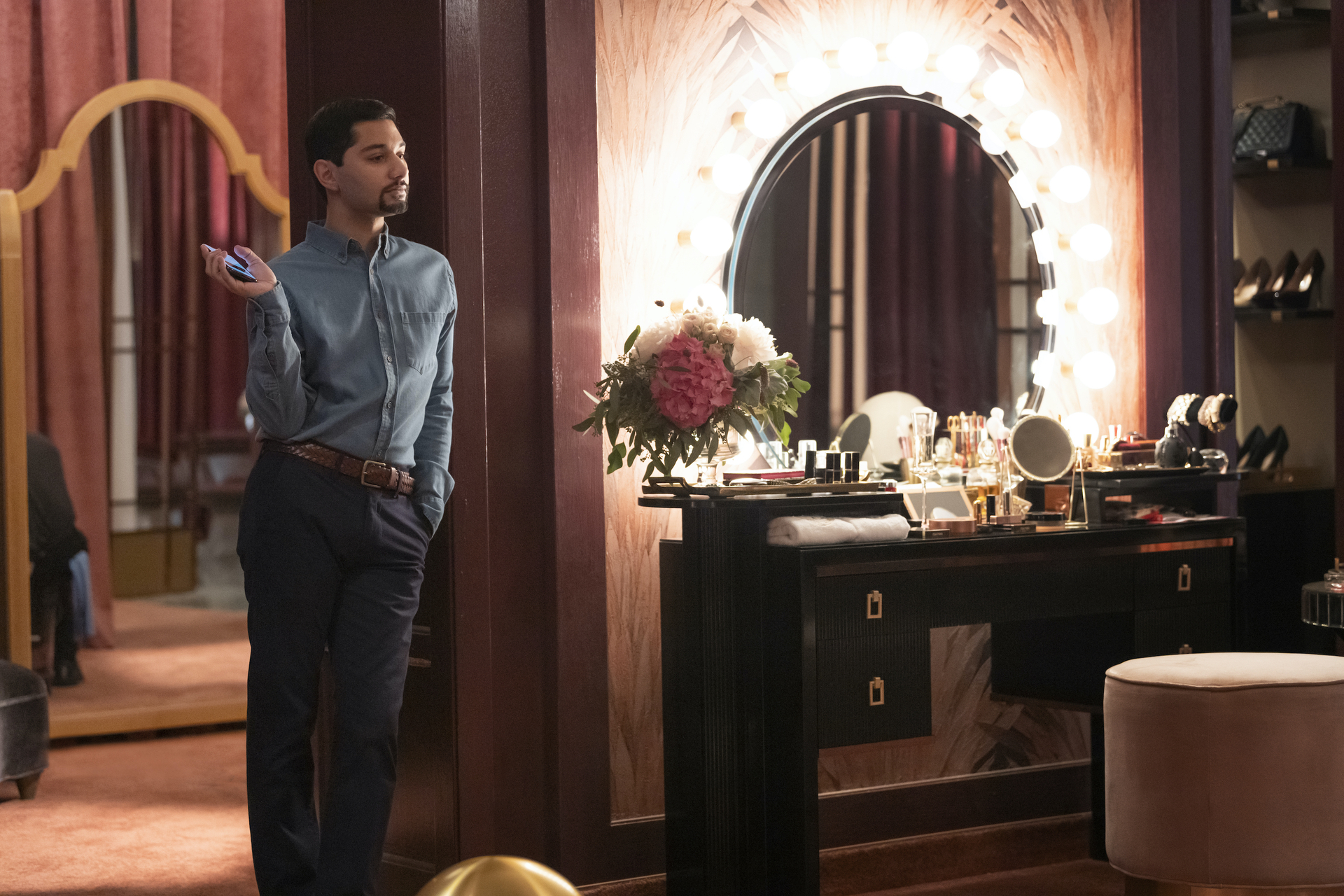 DEADLINE: How do you approach designing a home based on the style and opinions of a character that doesn’t actually exist?

CARLOS: Even though we meet her after having lived in the house for some years, it’s important for me to understand where she came from and what she did to create that environment, including the history of her life and her professional tribulations that she carried with her over the past couple of decades, which are evidenced in the house as well.

We joked that she probably hired some high-end architectural firm and interior design firm to come and help design the property and the landscaping and that halfway through she would have fired everyone because she would have been dissatisfied with the level of quality or the direction, because Deborah knows best. And then she would have completed it herself, traveling around the world, finding architectural elements, support, inspiration, art, and bringing it back and taking over the project herself.

DEADLINE: When you were location scouting, what were you looking for in terms of her estate?

CARLOS: We knew we were going to build the interior onstage, so the most important aspect was finding an exterior with a foyer entrance that would lend itself to the style of architecture that I wanted to put on stage. The script called for a French chateau, so that was the foremost architectural element that we were looking to find. I wanted to find a house that was basically laid out in a formal grid. So, like arching doorways would lead one into another and you could see one room through another portal into another room. I want to say between in-person and online digital scouting, we probably looked at roughly over a hundred mansions before landing on the one that we chose. It had the perfect imposing facade that was strong, but also feminine. And it lends itself to the architectural style of the interior that I wanted to create: extremely large, extremely impressive, and extremely statuesque.