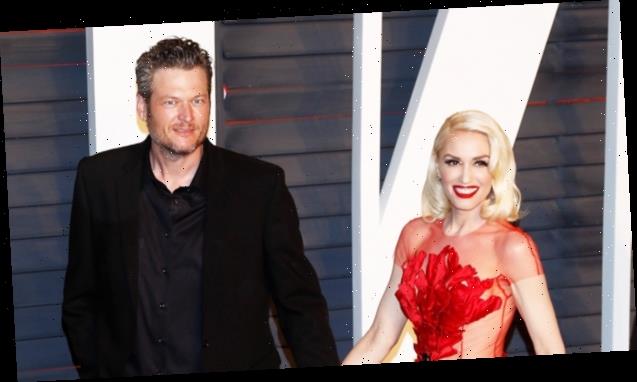 Gwen Stefani revealed fiancé Blake Shelton is such a ‘good guy’ in a new interview, calling her husband-to-be is her ‘best friend’!

Gwen Stefani, 51, and Blake Shelton, 44, are undoubtedly a music super couple! The now-fiancé‘s met after working together on The Voice over five years ago, with Blake popping the question in Oct. 2020. While fans were thrilled to see the pair finally engaged, it turns out the Red River Blue singer had his reasons for waiting before popping the question. “I think in a romantic way when you fall in love so hard and so unexpectedly and so late in your life, you think, ‘I wanna marry you, like now!’ That’s the first romantic reaction,” Gwen confessed to Today Show host Hoda Kotb.

“Let’s go get married, you know?” she explained. But it all came down to timing and keeping in mind their blended family: as Gwen explained, the time of their meeting was “weird” as she was divorcing ex-husband Gavin Rossdale, 55, while Blake had recently split from ex-wife Miranda Lambert, 37. The former No Doubt member shares three kids with Gavin: Kingston, 14, Zuma, 12, and Apollo, 6. “You have a lot to consider when you have so many people involved,” she said, adding that their respective splits were also tough. “You just don’t see things that are right around the corner after such like, devastation,” she said, noting they both had “healing to do.”

The couple have since gone on to collaborate together musically, with Gwen featured on his song “Happy Anywhere” over the summer. “He’s just such a good guy,” the blonde said, beaming during the virtual interview. “He’s one of the most generous human beings and down to earth. It all sounds so generic, but it’s just so true. He’s so gifted and so unique and talented and he really is just my best friend,” she gushed.

The 51-year-old went on to reflect on finding love later in life and why that’s been so special for her. “I feel just so excited that I have someone in my life that now I have a chance at like, happiness, you know what I mean? For a long time to come,” The Sweet Escape singer said. “It’s just a blessing, the whole thing and it is a miracle,” she smiled.

“It was right on time,” she added of their October engagement, which they confirmed via social media in November. “@blakeshelton yes please!,” Gwen captioned her Instagram post, while Blake thanked her for “saving his life” in a post of his own. Blake later revealed he included Gwen’s three sons in the special moment, saying he felt that it was “important.” We can’t wait for these two to tie the knot!