The 78th annual Golden Globes had a unique opportunity to right some wrongs and take Hollywood’s awards season into a new realm coming out of the coronavirus pandemic.

Unless disaster was the intention, the show absolutely missed it with a bloated and glitchy ceremony that was pure Hindenburg almost from the beginning. Already mired in anger from some of the industry’s heaviest hitters over the Hollywood Foreign Press Association’s lack of Black members, Sunday night’s bicoastal ceremony hosted by Tina Fey and Amy Poehler certainly was a Globes to remember, in the worst way.

And it’s not like last year’s Ricky Gervais-fronted event was any great shakes to begin with, but it looks positively artful in comparison now. 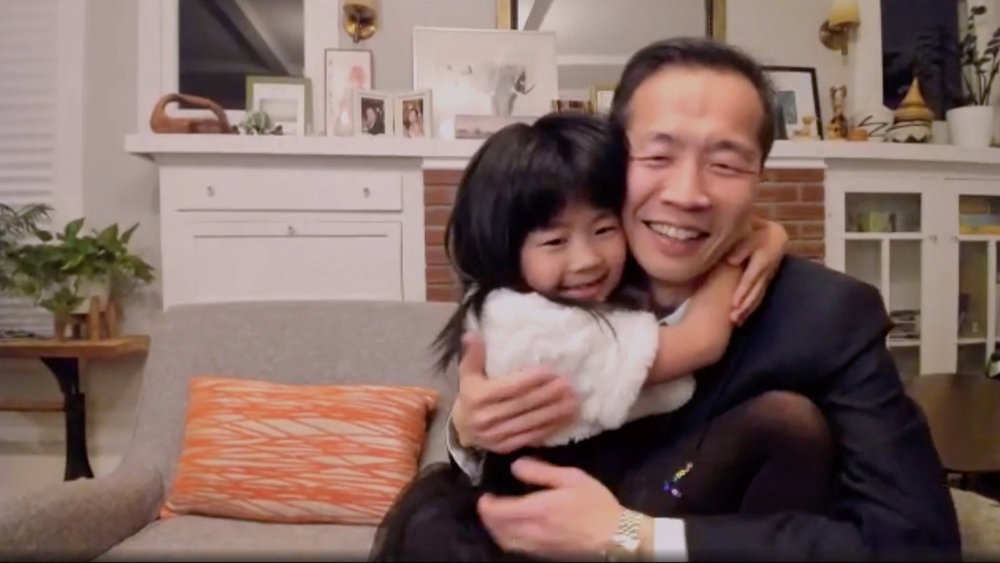 Now, heading toward the Oscars, it was undeniably a good night for the likes of Borat Subsequent Moviefilm, Judas and the Black Messiah’s Daniel Kaluuya, Minari (and director’s Lee Isaac Chung’s showstopper daughter) and I Care a Lot’s Rosamund Pike. In a wide breadth of talent, Sunday sparkled for The Mauritanian’s Jodie Foster, Nomadland and director Chloé Zhao, The United States vs. Billie Holiday’s Andra Day and the late Chadwick Boseman.

On the small-screen side, Still, Ted Lasso’s Jason Sudeikis, Small Axe’s John Boyega, Season 4 of Netflix’s The Crown, The Queen’s Gambit and the final season of Schitt’s Creek scored as well tonight. However, the royal series’ creator, Peter Morgan, and stars Josh O’Conner and Gillian Anderson did suffer the fate of getting virtually hazed by play-off muzak. 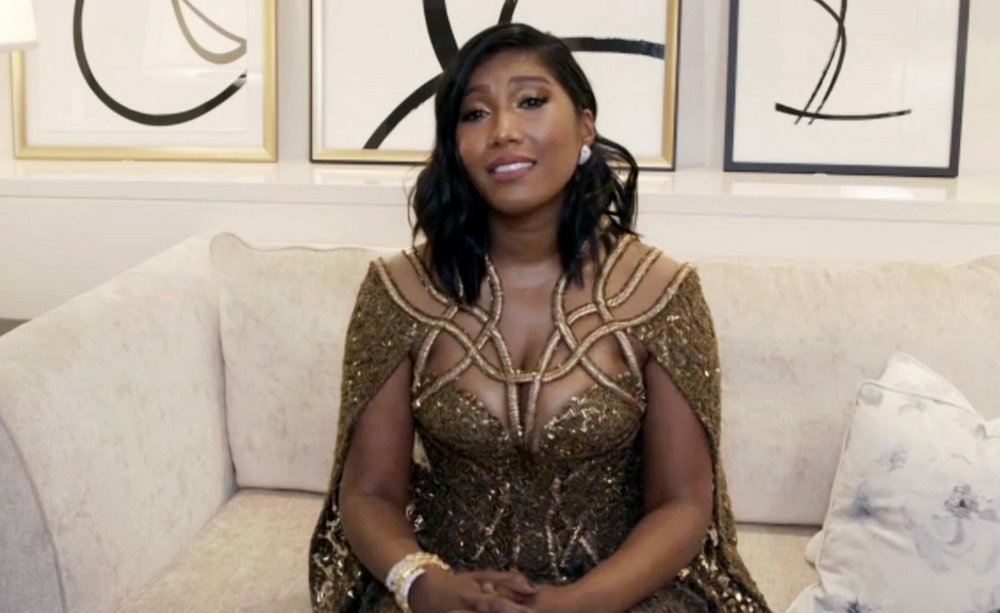 Unfortunately, with perhaps the exception of Simone Boseman’s heartbreaking acceptance remarks in her late husband’s place, little of that will matter — at least in the immediate aftermath.

The genre- and barrier-breaking Lovecraft Country was left without hardware.

Right now, the takeaway from tonight’s NBC broadcast show is that inclusion is a buzzword to be swatted away by the HFPA, as quickly as possible. Leaving more bodies figuratively in its wake than the Season 10C premiere of The Walking Dead over on AMC on Sunday, the Globes offered platitudes masquerading as promises to fix something very broken in their influential ranks.

Time’s Up Blasts HFPA’s Statement On Lack Of Black People In Organization: “The Globes Are No Longer Golden

You have to acknowledge HFPA boss Ali Sar’s dismissive honesty early on in the show, when he stood onstage at the socially distanced Beverly Hilton with the 87-member group’s board member and past president Meher Tatna and VP Helen Hoehne. 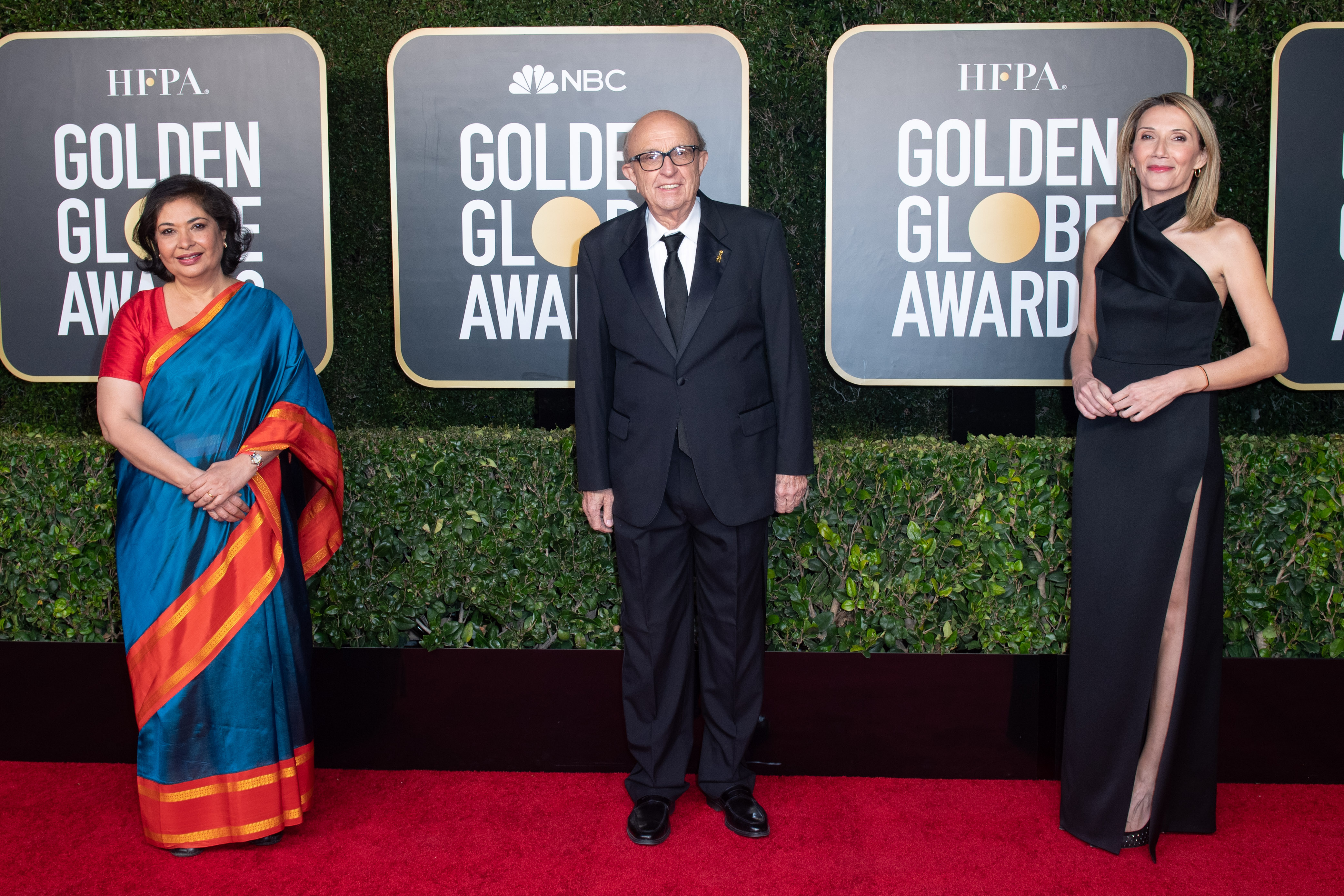 “Black representation is vital, we must have Black journalists in our organization,” Hoehne said in a much-hyped reply to the burgeoning controversy of exclusion. As to how the HFPA will fix that lack of representation …well — “Thank you, and we look forward to a more inclusive future,” Sar croaked out in one of the shortest sentences of his scribe career.

That was it, really.

Back for a fourth stint hosting the Golden Globes, Fey and Poehler didn’t have much more to say. “Let us explain what this even is,” said Poehler near the end of the limp bicoastal monologue with Fey that started off the show.

The resulting wandering explanation saw the first mention of the fact that there are no Black journalists among the HFPA’s membership and the fact that “a lot of flashy garbage got nominated — and that happened, that’s their thing” to quote Poehler. “We all know awards shows are stupid,” declared multiple Emmy winner Fey, before doing little more than nudging the HFPA have to “change” their take on inclusion. “So here’s to changing it,” the 30 Rock-er went on to say before Poehler raised the flag of good intentions and the night’s first of many mentions of the $2 million being donated to Feeding America.

Coming out of that quick-to-run-over-the-coals monologue from Fey and Poehler, Tatra, Hoehne and Sar’s response compounded the problem, not even pretending to truly address it. 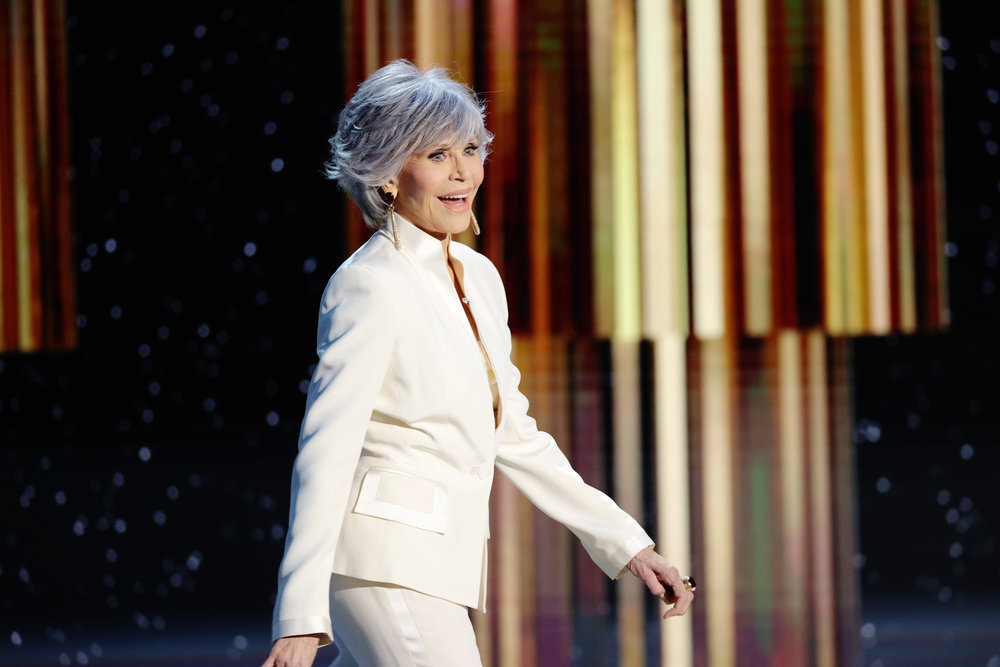 Sacha Baron Cohan took a few swings at the HFPA in his two acceptance speeches, and Jane Fonda landed a TKO in her Cecil B. DeMille Award comments. Calling out “who’s offered a seat at the table and who’s kept out of the rooms where decisions are made,” the longtime activist never nailed the HFPA directly to the cross. With the specifics unmentioned, the outspoken Oscar winner still went on to demand, “Let’s all of us make an effort to expand that tent so everyone rises and everyone’s story has a chance to be seen and heard.”

It took a Canadian to lay down some more perspective on the HFPA’s blinker vision of the world and the industry.

“In the spirit of inclusion, I hope that this time next year, this ceremony reflects the true breadth and diversity of the film and television being made today, because there is so much more to be celebrated,” said Schitt’s Creek winner Dan Levy.

However, for the most part, presenters and winners in and out of the Beverly Hilton and NYC’s Rainbow Room stuck to their bland scripts and noted repeatedly that the HFPA was giving $2 million to Feeding America this year. In a nation scarred by Covid-19 and some much hardship during the past year, the contribution is admirable, but the network time killing was not.

Add to that technology that was groundbreaking by 1995 standards and way too many DOA skits and pre-recorded segments, and it felt like the Globes wanted to go backwards from where the Emmys leapt last year in its own coronavirus ceremony.

The split-screen moments where an admiring Eugene Levy stared at Norman Lear giving his thank-you-filled pre-recorded Carol Burnett Award acceptance speech were sweet. Yet they soon lost their flavor and appeal after proving nothing more than a digital sleight of hand.

Stepping aside from the inclusion fail for a moment, in many ways the usually loose and boozy Globes were damned this year. Even with the coward’s way out on the HFPA’s membership problem, through 25 categories and two lifetime achievement awards, the gleeful spitefulness and silliness that have characterizes the dick clark productions show over the decades was almost nowhere to be seen.

The closest we got was fellow Musical or Comedy Actor nominees’ Ramy Youssef giggling and Don Cheadle indicating to wrap it up through winner Jason Sudeikis’ self-described “little windy” and Tolstoy-referencing acceptance remarks — which would have been called indicative of the Ted Lasso star being “tired and exhausted” in previous eras. Of course, as good as Youssef and Cheadle are, it wasn’t enough to save this literally and figuratively bedeviled show.

Jason Sudeikis Addresses Don Cheadle’s “Wrap It Up” Gesture During His Golden Globes Acceptance Speech; Why He Wore A Hoodie

“You’re taking so much time with this, and you’re making everyone so nervous,” Poehler said at one point as Maya Rudolph and Kenan Thompson vamped through a gag as clueless composers “accepting” the “Least Original Song in a Telefilm, Dramedy or Comma” award.

Substitute “cringe” for “so nervous,” and you have the epitaph on the headstone for tonight’s Golden Globes –and nobody really wants that.