Make way for a royally glam couple! Duchess Kate and Prince William wowed at the 2019 BAFTA Awards in London on Sunday, February 10.

Kate stunned in a flowing, white, one-shoulder gown embellished with fabric flowers, diamond and pearl drop earrings that belonged to the late Princess Diana Opens a New Window. and her hair pulled into a romantic updo. Her husband looked dapper in a black tuxedo.

William, 36, has been the president of the British Academy of Film and Television Arts (a.k.a. BAFTA) since 2010. The prince will present film editor Thelma Schoonmaker — from Raging Bull, The Wolf of Wall Street, The Aviator and Hugo — with the BAFTA Fellowship award during the ceremony at Royal Albert Hall. For her part, Kate, 37, will meet BAFTA representatives and, of course, take in the show with her husband.

This marks the royal duo’s third consecutive year attending the BAFTA Awards together. They made their first red carpet appearance for the event in February 2017. Kate — pregnant with Prince Louis, now 9 months, at the time — showed off her growing baby bump at last year’s ceremony. (She and William are also parents of Prince George, 5, and Princess Charlotte, 3.)

The Favourite, Green Book, A Star Is Born and BlacKkKlansman are among the films nominated for BAFTAs, while actors such as Lady Gaga, Bradley Cooper, Rami Malek, Amy Adams and Mahershala Ali also scored nods. The ceremony will be hosted by actress Joanna Lumley.

Though Joe Alwyn’s film The Favourite is nominated for 12 awards, girlfriend Taylor Swift will not attend the ceremony, multiple sources confirmed to Us Weekly. An insider revealed that the 29-year-old singer is tied up with filming the Cats adaptation.

As William and Kate celebrate achievements in movie-making, Duchess Meghan and Prince Harry are focused on preparing for their first child’s arrival. “Royal engagements will be drastically reduced and the duchess will begin maternity leave from royal duties [ahead of the birth],” Queen Elizabeth II’s former press secretary Dickie Arbiter told Us.

A royal source added that the Duchess of Sussex, 37, is “full of energy and in good spirits. … She really feels great and is enjoying the busy work schedule she has at the moment.” 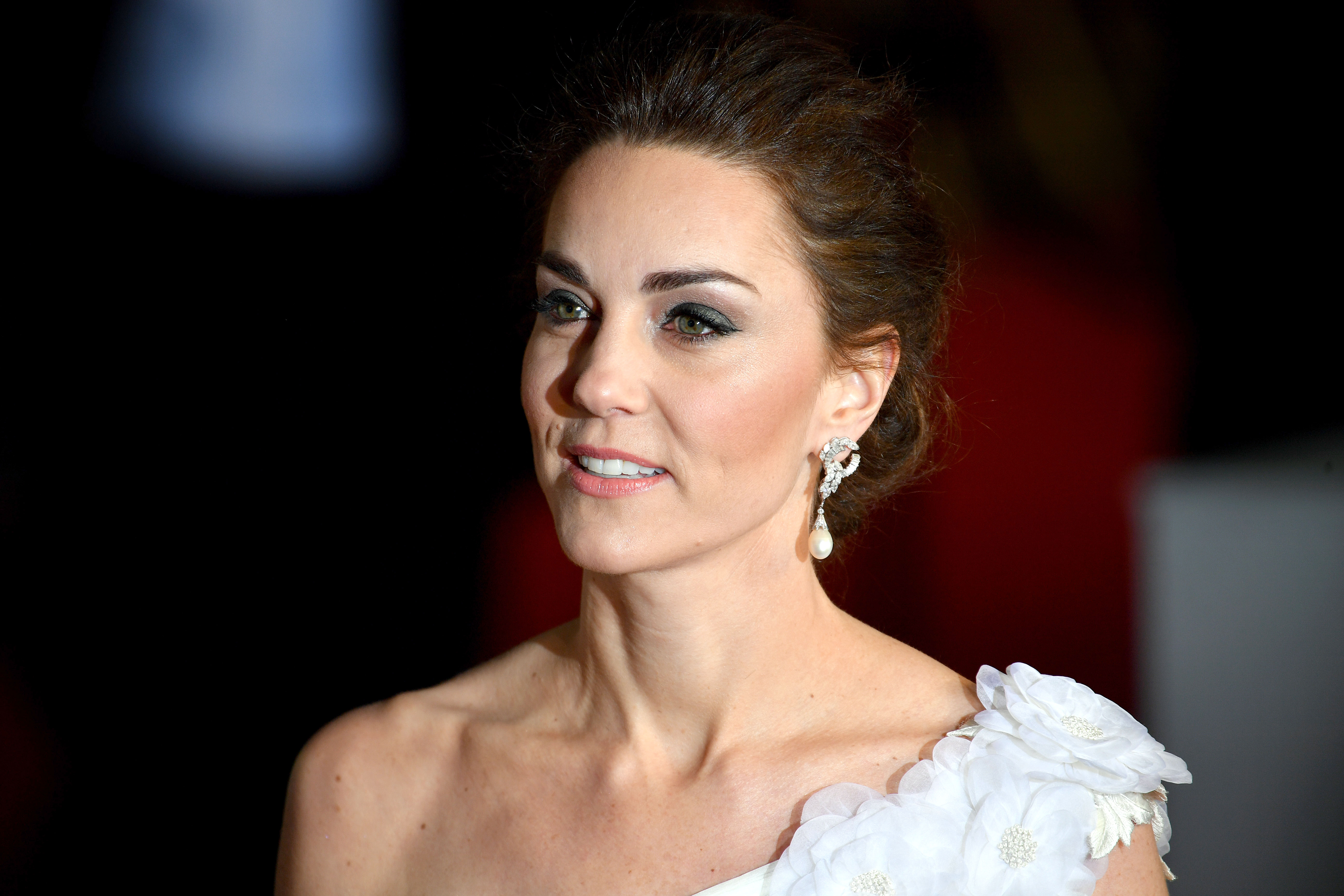 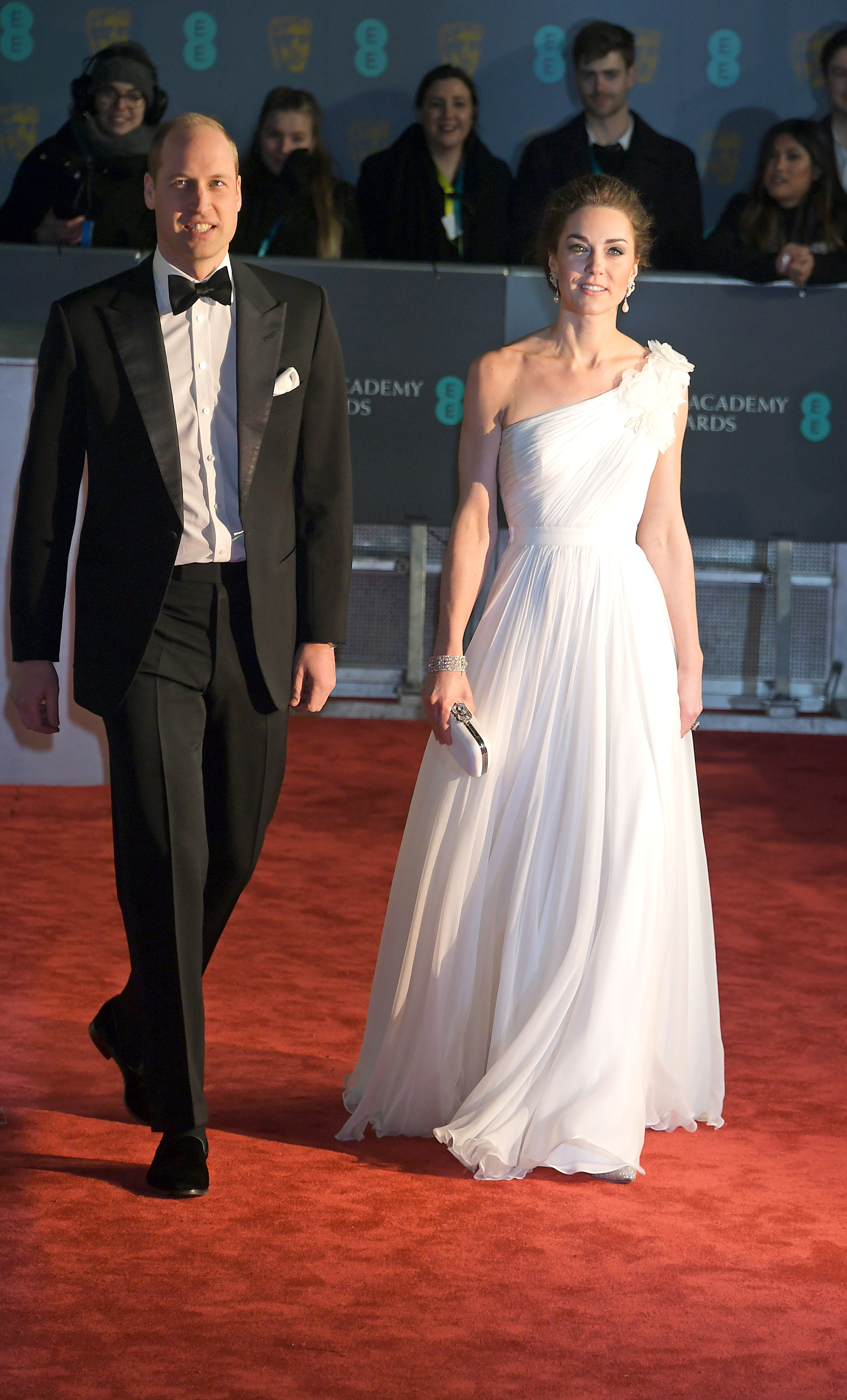 Kate’s chiffon dress is by Alexander McQueen. She teamed it with Jimmy Choo heels and a white clutch. 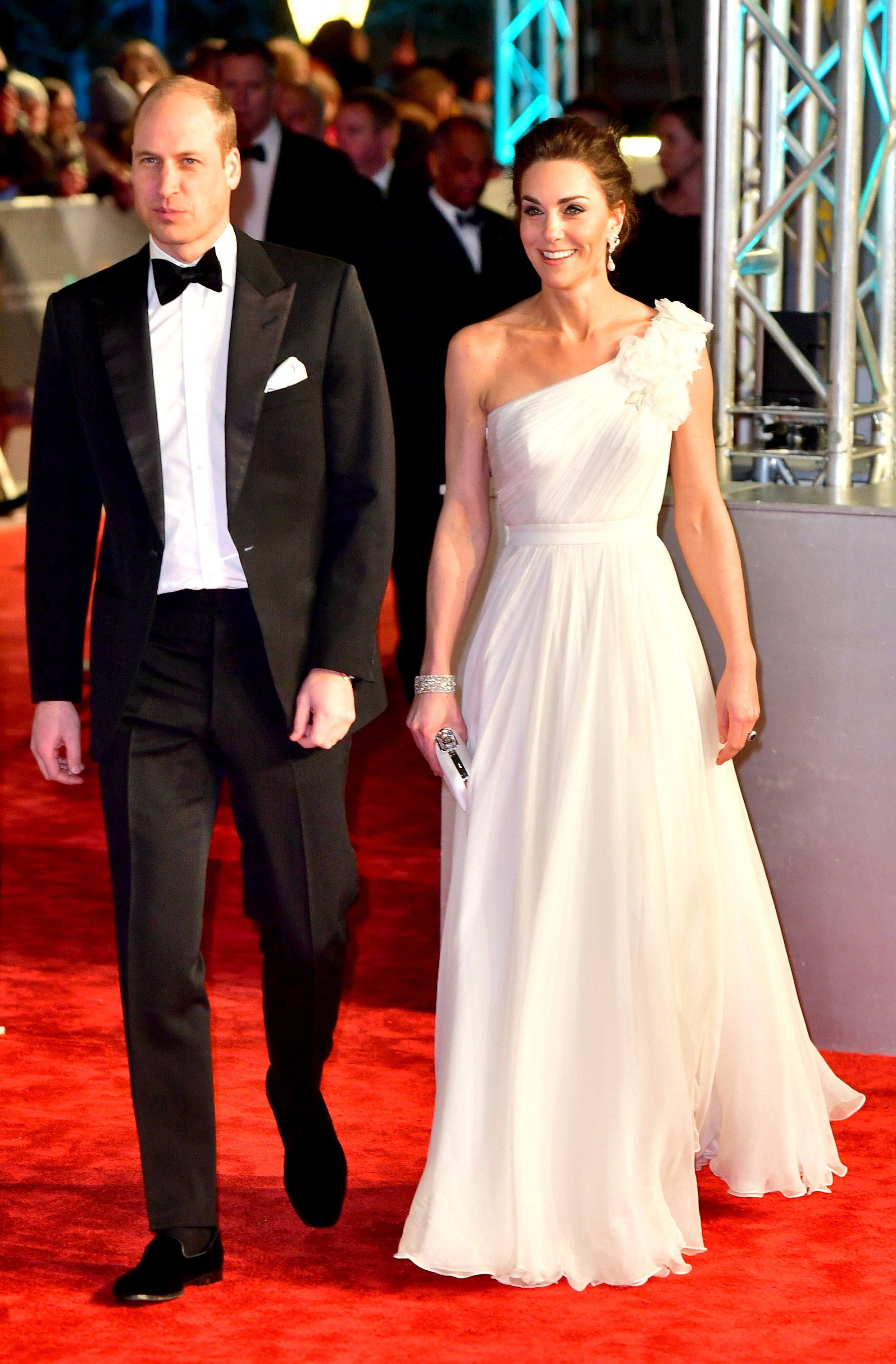 Kate wore a stunning diamond bracelet that she borrowed from the queen. 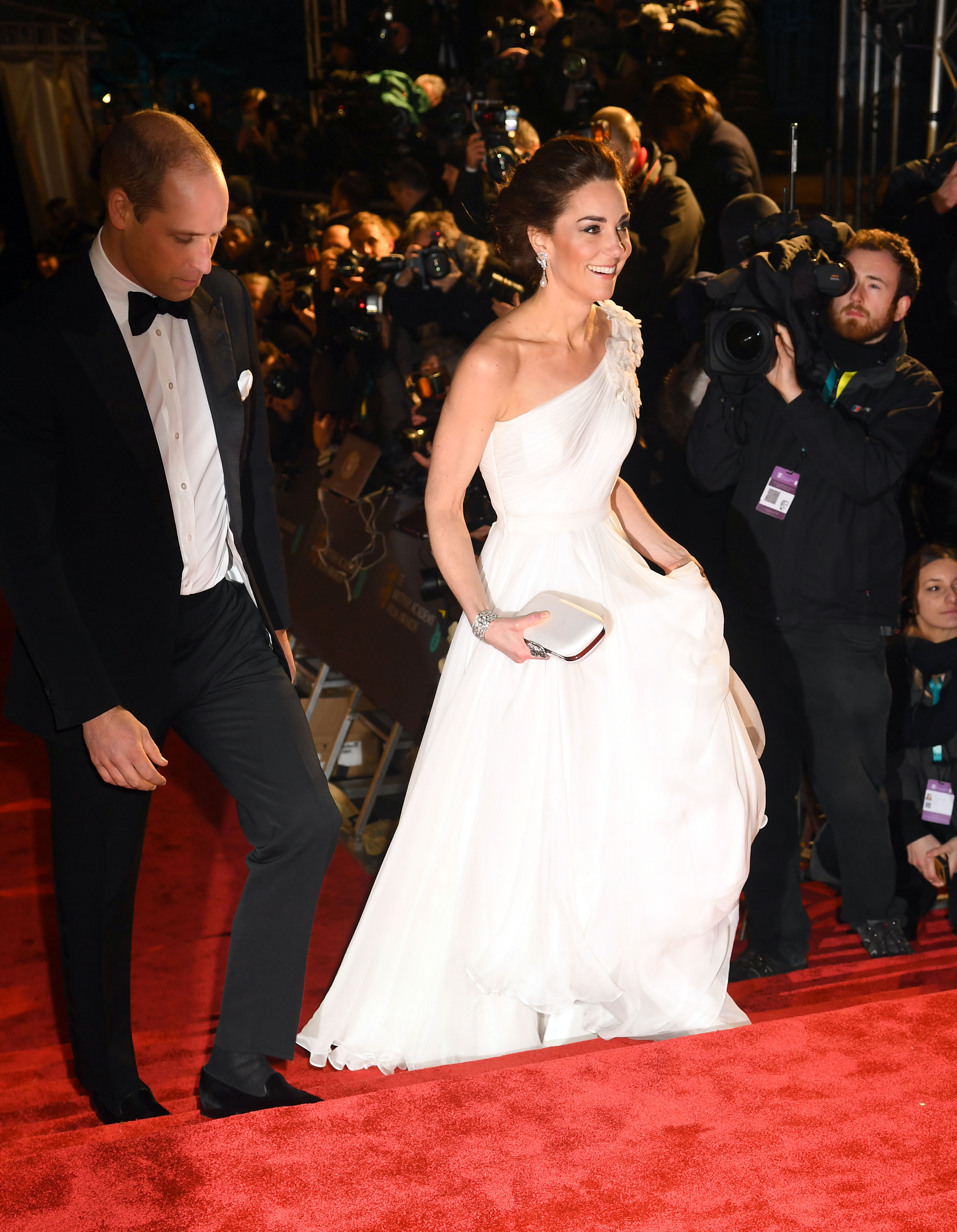 The Duchess of Cambridge wore her hair up and skipped a necklace so that the shoulder details on the dress could stand out.