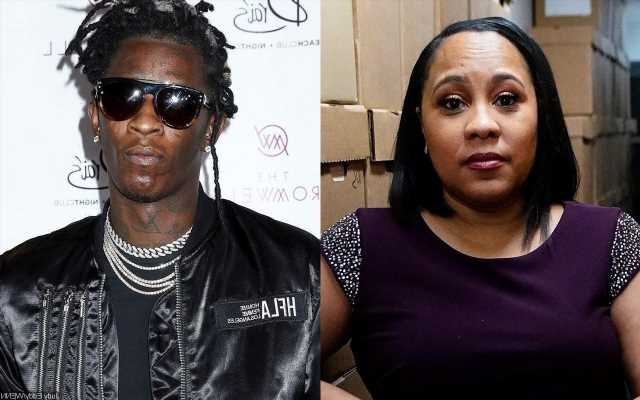 Noting that those threats are likely sent by fans of those indicted in the RICO charges, District Attorney Fani Willis says it’s giving her enough reason to increase her security.

In an interview with WSB-TV, Willis speaks about the increasing threats against her after the arrests of Young Thug, Gunna and other alleged members of the Young Slime Life Gang. She says she needs extensive security “to stay alive.”

Willis notes that those death threats were likely sent by fans of those indicted instead of coming from the gang members. “We don’t believe that these threats were directed by anyone that is in the YSL indictment,” she says. “I would say that [threats are coming from] people that are very sympathetic, maybe admirers of YSL and people who are connected with them in some sense.”

Willis admits that she’s also getting more hostile comments from former President Donald Trump‘s supporters after she announced that a special grand jury is looking in to certain events connected to the most recent presidential election in Georgia.

As to how it has affected her life, Willis reveals, “I’m much more cautious than I’ve ever been in my life, paying more attention to my surroundings. It’s required for me to stay alive.”

Willis claims some of the threats include her being murdered. “And (that person) seems to have information about where my house is actually located,” she shares.

The threats, however, do not deter Willis from bringing the criminals to justice. “I’m not going to be intimidated from doing it, and doing it in the correct fashion and holding people accountable,” she declares.