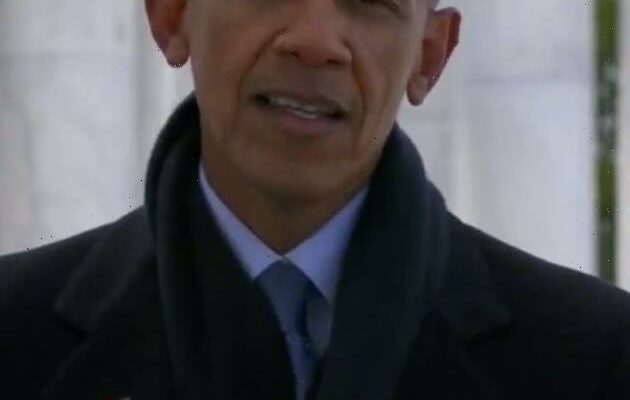 Contrary to what some tone deaf celebrities claimed in early 2020, COVID-19 is not a “great equalizer.”

In many ways, the pandemic has highlighted societal inequalities more starkly than any crisis in recent decades.

However, that does not mean that the wealthy, famous, and powerful cannot contract the virus.

Former President Barack Obama revealed over the weekend that he has tested positive for COVID.

“I just tested positive for COVID,” he revealed.

While there are multiple strains of the virus in circulation now, they are all variations of COVID-19.

“I’ve had a scratchy throat for a couple days,” President Obama admitted.

“But,” he assured his fans and followers, “am feeling fine otherwise.”

He of course touched upon his widely beloved wife’s health.

“Michelle and I are grateful to be vaccinated and boosted,” President Obama affirmed.

“And,” he revealed, “she has tested negative.”

Using the moment to send a positive message, he wrote: “It’s a reminder to get vaccinated if you haven’t already, even as cases go down.”

We do not know when President Obama contracted the virus, but can assume that it was in recent days or weeks.

We also do not know where this took place.

He has recently returned to Washington D.C. following time in Hawaii over the winter. Travel is a common way to catch the virus, but not the only way.

This is not the first time that Obama has used his voice and platform to advocate for vaccinations.

In March of 2021, just one year ago, he took part in a pan-presidential PSA to encourage all Americans to get the jab.

“This vaccine means hope,” Obama emphasized during the PSA.

He explained: “It will protect you and those you love from this dangerous and deadly disease.”

He was, of course, right. The risk of infection, of a severe case, of hospitalization, and of death from COVID all go down with vaccination.

Obama is not the first world leader, past or present, to contract the highly contagious airborne virus.

In fact, in 2020, Trump had a severe case of the virus, spending days hospitalized at Walter Reed National Military Medical Center.

While Trump did recover and return to the White House, many on social media remember the incident as a brief moment of levity in a difficult year.

While she is the Head of State, not Head of Government, it is not irrelevant to discuss her exposure to the virus.

Between her advanced age and a conspiracy theory speculating that she passed away late last year, her exposure was of particular concern.

One of the wonders of the COVID-19 vaccine is that so many of those who experience the virus have mild to moderate cases.

Many people have found that, were it not for the availability of free tests for the virus, they would have assumed that they were suffering a cold or allergies.

However, as with any illness, there will always be some with severe symptoms as long as the virus remains in circulation.