Dancing With The Stars judge Craig Revel Horwood gave Cassandra Thorburn the lowest possible score on her debut on Monday night's premiere of the show, but a former judge of the show believes he is just trying to live up to his "Mr Nasty" moniker. 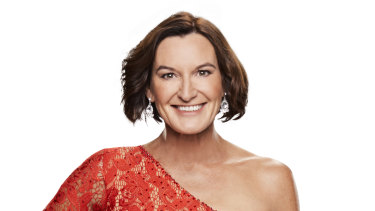 Cassandra Thorburn on Dancing With the Stars.Credit:Network 10

Horwood marked Thorburn just one point out of a possible 10 for her performance, the lowest score he gave anyone on the night, despite fellow judges Sharna Burgess and Tristan McManus giving her five points and four points respectively.

Dancer Joshua Horner, who was a judge on the reality dancing show in 2011 and 2012 when it was broadcast on Seven, agreed that Karl Stefanovic's ex-wife was "stiff" and "rigid" during her dance with partner Marco De Angelis, but added that "the whole purpose of the show is to watch someone grow".

"If you peak too early it's too predictable," he said, adding that he would have given the former journalist a three out of 10, as opposed to Horwood's score of one.

Thorburn and De Angelis scored a total of 10 out of 30 for their waltz to Feeling Good, with Horwood's single point added to a five and a four from fellow judges Sharna Burgess and Tristan MacManus respectively.

"Well, it was all going well until the skirt was ripped off and you started to dance," Horwood said once Thorburn and De Angelis finished their waltz.

"Then, quite frankly, it was a failure." 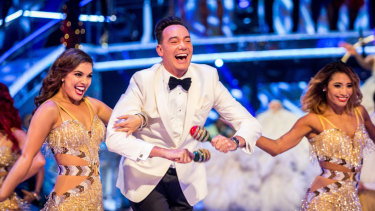 Craig Revel Horwood is a judge on Australia’s Dancing With the Stars.Credit:BBC

But Horner, an former Broadway performer who now works as a real estate agent, said that Horwood was being overly harsh.

"He's a judge on a glittery dance show that needs ratings to survive – and pay for that fabulous set," Horner said. "He's doing his job. Was it a fair comment? No. She deserved more than a one. But from failure comes drive and success.

"If only Australia could vote and score the judges comments then I'm sure we would all deliver Craig a passionate score of one – and it wouldn't be with our paddles, it would be with the back of our hands and one finger pointing up," he joked.

Thorburn took Horwood's comments on the chin, thanking him for "being so kind," while host Amanda Keller acknowledged how tough it was for her to take to the dancefloor in the first place.

"It took a lot of convincing, you had to think long and hard to make your way out on this dance floor," Keller said.

Thorburn replied: "I was a mess a couple of days ago … It has been really worth it. I felt beautiful, I felt confident, I felt happy."

Courtney Act topped the leaderboard after scoring 23 points out of 30, while former cricket pro Sir Curtly Ambrose ended up at the bottom alongside Thorburn.