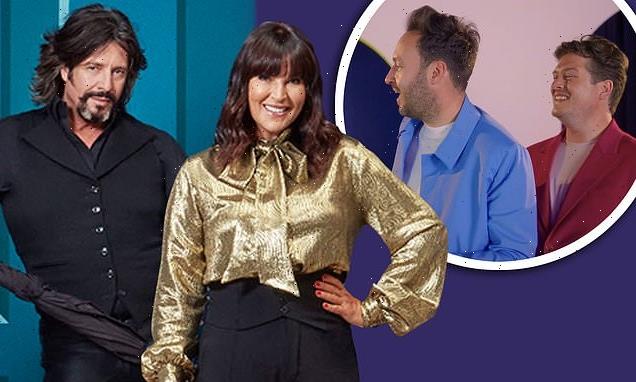 Now fans have been given a first look at the upcoming reboot of DIY show Changing Rooms, with a teaser trailer giving a glimpse at the new design stars.

Homestyle consultant Laurence Llewelyn-Bowen, 56, is set to make a comeback on the new series and was seen in the promo alongside Anna Richardson, 50. 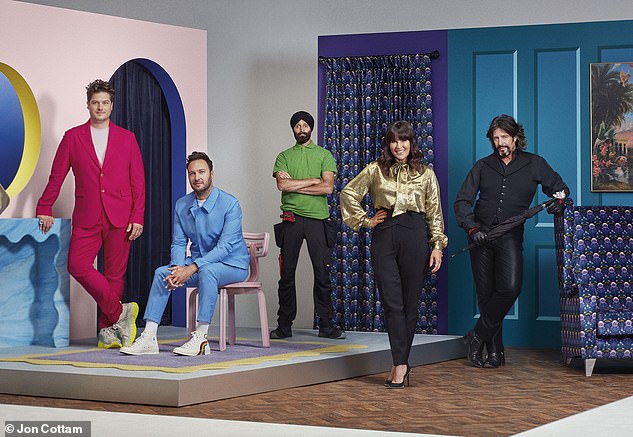 Laurence dressed all in black to film the clip, wearing leather trousers and matching gloves as he held an umbrella in his hand with a silver skill on the end.

He glared at the camera sporting his iconic impeccably groomed facial hair and long locks before designers Jordan Cluroe and Russell Whitehead, who both work at 2LG Studio, were seen in brightly coloured suits.

Presenter Anna looked stylish in a mustard coloured blouse with a large bow to the front as she smiled at the camera before carpenter Tibby Singh was introduced. 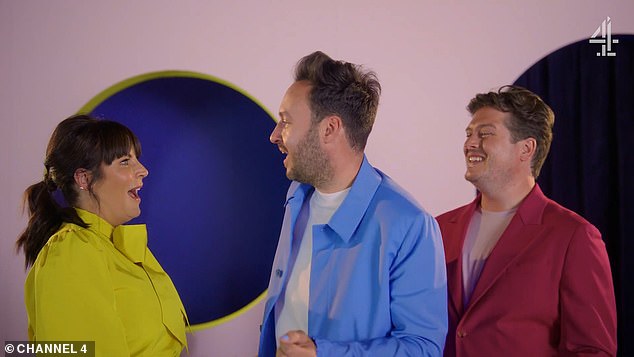 A-team: The show’s competitors will work with Laurence or Jordan and Russell (pictured with Anna), as they go against the clock for the renovation 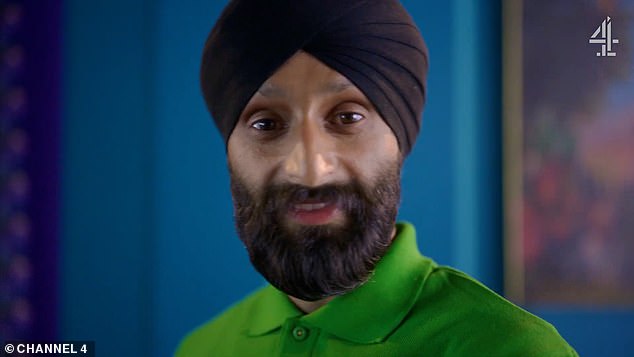 Rising star: Carpenter Tibby will be on hand to make any special fixtures and fittings for the projects on the programme

The words ‘it’s back’ were then seen emblazoned across the screen, before it stated that the show will air on Channel 4 on Wednesday 18 August at 8pm.

Changing Rooms with Dulux will run for six episodes, with each instalment featuring two different sets of homeowners in the same area taking on the challenge of renovating each other’s homes as they go up against the clock.

The competitors will work with Laurence or Jordan and Russell, but they will be given the opportunity to put their own stamp on the project. 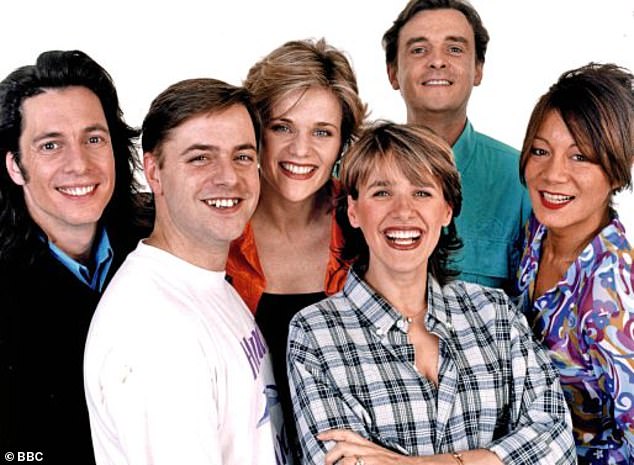 Davina McCall was originally lined up to host but is said to have stepped down as filming dates conflicted with other work commitments.

The Masked Singer judge, 53, was expected to host the Channel 4 show with Laurence, it was announced last year.

But after the coronavirus pandemic wreaked havoc with her schedule and pushed back production dates twice, she can longer commit to the new series. 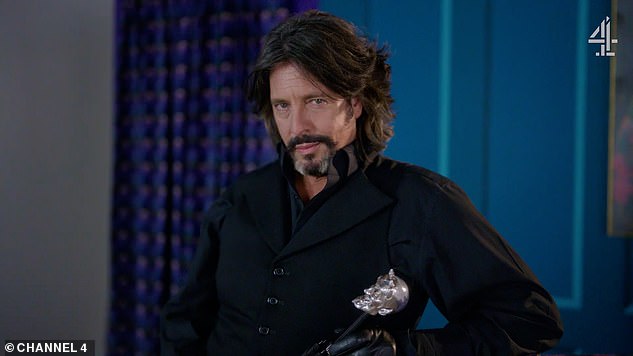 Blast from the past: Laurence, 56, dressed all in black to film the clip, wearing leather trousers and matching gloves as he held an umbrella in his hand with a silver skill on the end. 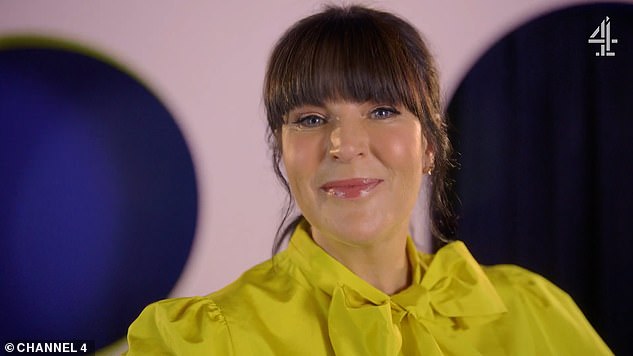 Steering the ship: Anna, 50, is set to host the show after Davina McCall was unable to due to conflicting work commitments

An insider told The Sun on Sunday earlier this year: ‘Davina was so excited to be part of the reboot but with the changing production schedule, it has become a nightmare.

‘Filming was supposed to take place at the end of last year but it got moved until earlier this year. And now it’s been pushed back again.

‘The lockdown and pandemic have played havoc with the schedule and sadly Davina has said she won’t be able to commit. It’s the last thing anyone wanted but she is so busy with other filming commitments.

‘Everyone on Changing Rooms is gutted as getting Davina on board was a huge coup for the reboot.’

Laurence featured on the programme on BBC from 1996 to 2004 which saw neighbours switch keys to give each other’s rooms the ultimate makeover.

It was confirmed in December that the iconic interior design show would be making a return to screens after a 16-year break, switching over to Channel 4.

Speaking of delays to filming due to the novel coronavirus outbreak, an insider told the publication that month: ‘It was all storming ahead and filming was due to start on the new version in the coming weeks. But Covid has now completely scuppered that. 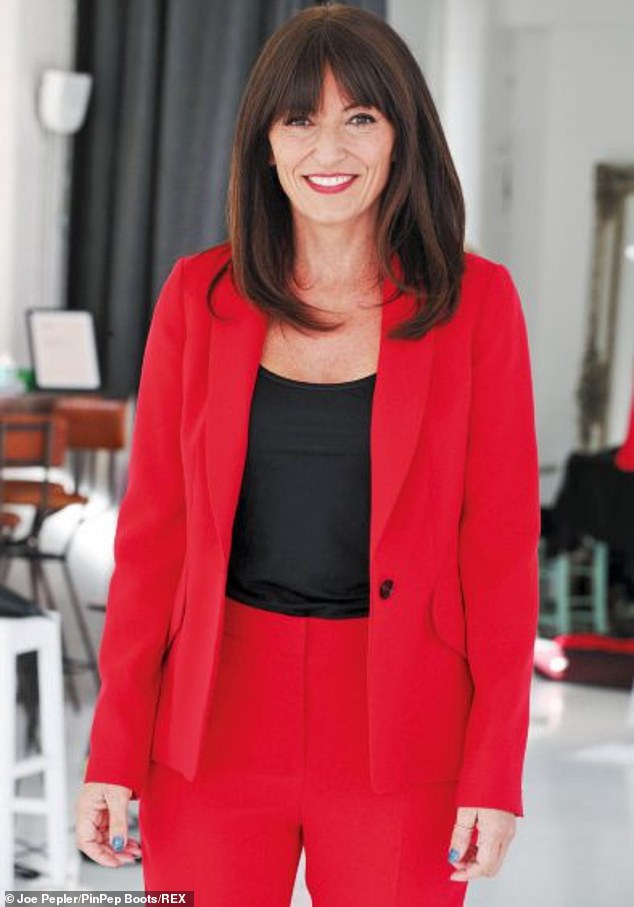 Oh no! Davina McCall stepped down from her presenting gig on the reboot of Changing Rooms as the filming dates conflicted with other commitments

‘There are some bits they can work on but much of the filming has had to be pushed back — you can’t just descend on someone’s home right in the middle of the lockdown.

‘The safety of the cast and crew is most important for Channel 4 and, while some of it can be put together in a safe environment, the bulk of the filming just cannot happen at the moment.’

Former Changing Rooms presenter Carol Smillie hinted that she’d be open to returning to the series, following a resurgence in DIY in recent months.

Carol, now 58, presented the hugely popular show from 1996 until 2003, while Laurence graduated from designer to host until the programme’s end.

However, he admitted producers had to ‘coax’ him back to the show after over a decade off-screen.

Laurence said: ‘It’s taken quite a lot of coaxing to get me under the Changing Rooms banner once more, but nothing like as much coaxing as it’s going to take to squeeze those leather trousers back on.’

Changing Rooms will air on Channel 4 on Wednesday August 18 at 8pm. 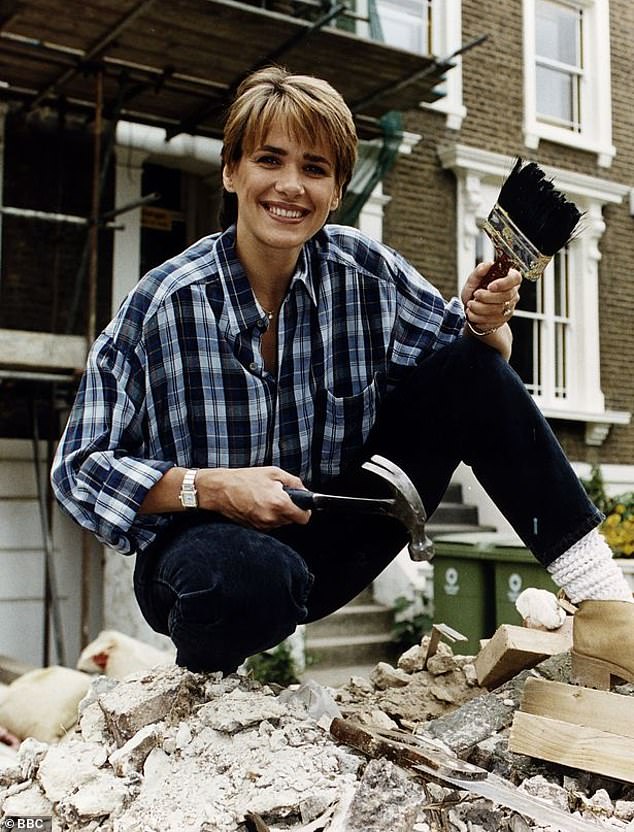