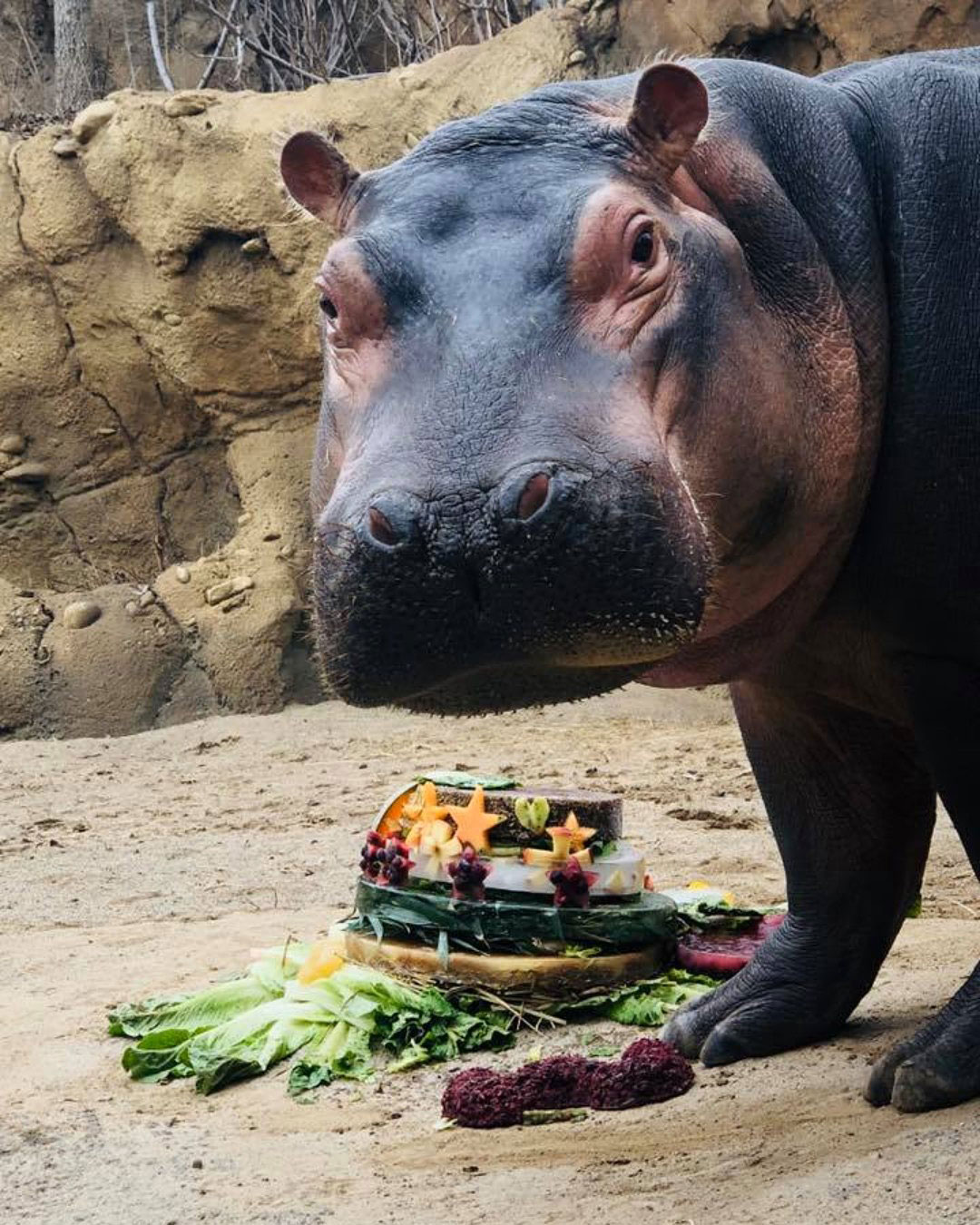 Animal of the hour! Fiona the Hippo turned 3 years old on Friday, January 24, and she had a festive treat to celebrate.

“Are you excited about turning 3 Fiona?! #TeamFiona,” the Cincinnati Zoo wrote on Friday via Twitter alongside a video of the birthday girl chowing down on her special cake.

WLWT 5 posted another video of the famous hippo, who was born six weeks prematurely in January 2017, that showed her eating the tiered dessert made of all her favorite foods. The cake included layers of fruit including strawberries, grapes, kiwi and cantaloupe mixed with bamboo leaves. There was also an edible “3” made out of shredded beat pulp to eat, which she share with her mom Bibi.

“Happy 3rd Birthday to the Greatest Hippo in the World!” the zoo posted via Twitter on Friday along with a video montage of the animal’s first three years. “It’s been 3 magical years since fabulous Fiona came into all of our lives and changed us forever! Here’s a look back at how this 29 pound miracle stole our hearts.”

The miracle animal, whose journey and 24-hour care process was captured in a video series for the zoo after she was born, has inspired a book series and ice cream flavor. She grew from 29 pounds to 500 pounds by September 2017 and continues to be a fan favorite at the zoo.

Fiona garnered even more attention in October 2017 when she photobombed a couple’s proposal at the Cincinnati Zoo.

When Nick Kelble and his then-girlfriend Hayley Roll were near the hippo grove, Kelble got down on one knee and just as he popped the question — Fiona showed up. The adorable hippo pressed herself up against the glass just as someone snapped a photo of the proposal and the result was priceless.

“We’re so happy Fiona could be there on our special day ❤ here’s to many more years of going to zoos with you 😙 @cincinnatizoo #cincinnatizoo #fionathehippo #fionafix #keepingupwiththekelbles #cincyzoopic,” Roll wrote alongside a series of photos at the time.

Fiona now lives at the zoo with her 20-year-old mother.

The newest book about the little one, Fiona, It’s Bedtime, is available for pre-order now, as an early birthday gift to the hippo and for fans of hers everywhere.