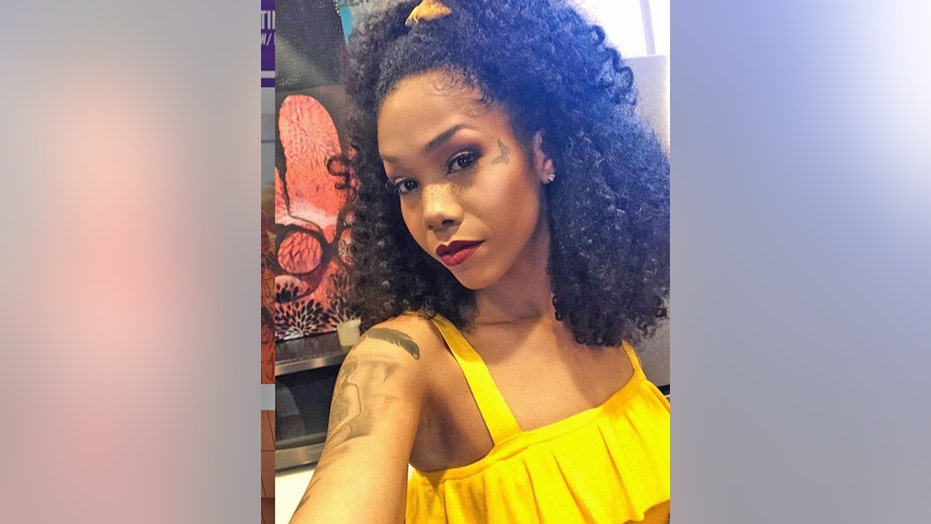 A Michigan music festival that was charging white people twice the amount for a ticket than "people of color" backtracked its ticketing structure on Sunday.

AfroFuture Fest, scheduled to be held in Detroit in August, appeared to change their ticket prices to $20 general admission after receiving backlash for a ticketing inconsistency that offered early bird "people of color" tickets for $10, while "non-POC" tickets cost $20.

Fox News previously reported that rapper Tiny Jag, who was scheduled to perform at the event, dropped out when she learned of the pricing.

"I was immediately enraged just because I am biracial," the rapper, whose real name is Jillian Graham, told the Detroit Metro Times. "I have family members that would have, under those circumstances, been subjected to something that I would not ever want them to be in … especially not because of anything that I have going on."

Graham, who said her grandmother is white, said while she understands the goal of equity and equality for the black community, she called the moved "non-progressive" and "not solution-focused."

The founder and co-director of AfroFuture Youth, the group which put the event together, told The New York Times that organizers changed the event prices after receiving harassment regarding the pricing structure.

“For safety, not anything else but that, the new ticket structure will be a standard set price across the board of $20,” Adrienne Ayers said Sunday afternoon. “However, there will be a suggested donation for non-people of color.”

She said the previous ticketing plan was implemented because “events often designed for marginalized black and brown communities can easily be co-opted by those with cultural, monetary and class privileges.” 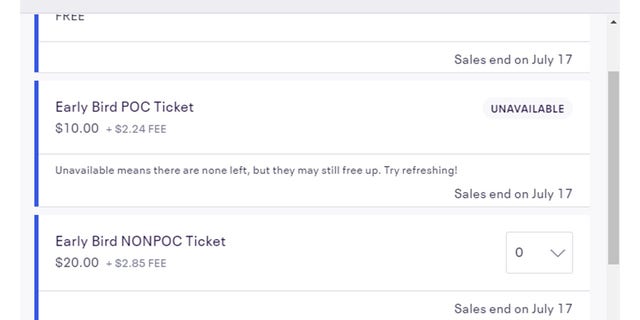 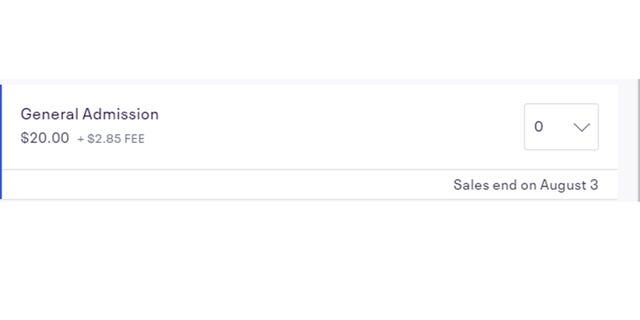 AfroFuture explained their policy and rationale for it on their Eventbrite page. Organizers cite "equality" and "equity" in their ticketing, and state their structure "was built to insure that the most marginalized communities (people of color) are provided with an equitable chance at enjoying events in their own community (black Detroit)."

"Affording joy and pleasure is unfortunately still a privilege in our society for POC and we believe everyone should have access to receiving such," organizers wrote.

Eventbrite did not immediately return Fox News' request for comment, but stated on Twitter that "charging different prices based on race or ethnicity clearly violates our Terms of Service."

"We are giving the creators of this event a chance to do the right thing and change their pricing, but will have to remove the event if they don't comply," Eventbrite tweeted on Sunday.

Ayers said that as of Sunday, the festival sold 71 tickets — including 13 that were set aside for white people. She said 50 percent of the profits from the event will benefit AfroFuture Youth, which works to help black middle and high school students in Detroit.