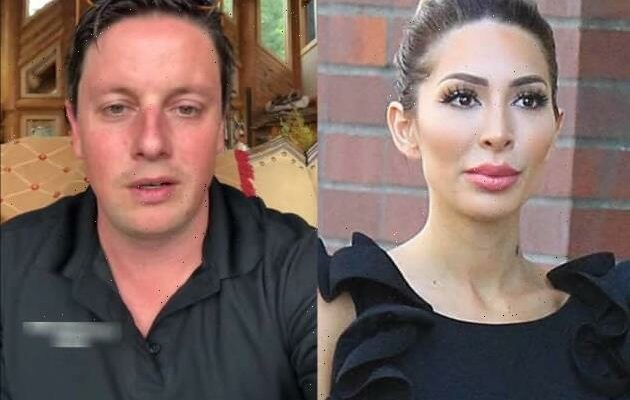 Along with eight other women, Abraham claims that she was assaulted by Dominic Foppoli, who is mayor of the town of Windsor in Sonoma County.

The charges against Foppoli first surfaced several weeks ago, and the mayor vehemently denied any wrongdoing.

On Friday, however, he reversed course and agreed to step down.

“It is with a heavy heart that I am resigning, effective today,” Foppoli wrote in his resignation letter.

“I have always and will always maintain that I did not engage in any non-consensual sexual acts with any woman.”

Without mentioning her by name, Foppoli specifically called out Farrah.

He accused the soon-to-be 30-year-old Teen Mom star of fabricating her allegation for free publicity.

“I recently learned that a woman in Palm Beach, Florida is accusing me of non-consensual acts while I was visiting there in March of this year,” he wrote.

“She made her allegations after she learned of the April 8, 2021 San Francisco Chronicle story.”

“I have no doubt she is making these allegations in an attempt to leverage the situation to her advantage.”

Those are bold accusations in their own right, accusing an accuer of fabricating it. As for her side of the story?

Farrah claims that she was assaulted by Foppoli during his visit to Palm Beach.

She also leveled her allegation just prior to the April 8 San Francisco Chronicle piece in question.

That day’s bombshell contained the first accusations against Foppoli, the mayor since 2018.

Foppoli appears to be convinced that Farrah caught wind of the scandal and attempted to capitalize on it.

To take advantage of the situation by leveling her own accusation, again, is a very serious allegation.

Kuvin claims that Farrah’s got receipts, so to speak – that she’s capable of providing proof of the assault.

“This is not a ‘he said, she said’ situation. She has physical proof,” Kuvin said.

“We believe it is in felony territory.”

Neither Abraham or Kuvin has responded publicly to the news of Foppoli’s resignation.

But as the scandal unfolds in the weeks to some, the controversial MTV star will likely tell her side of the story.

In one form or another, Farrah is never one to mince words.

No criminal charges have been pressed against Foppoli yet, but that may soon change.

According to the Chronicle, Sonoma County Sheriff’s Office and Palm Beach police have launched a full investigation.

It doesn’t sound good for him, either.

The attorney general will then make a determination with regard to filing charges against Foppoli.

This is expected to happen within the next week or two.

Even folks who have never watched an episode of Teen Mom or its more recent iteration, Teen Mom OG, are likely to be familiar with Farrah.

Due to her other business ventures, eyebrow-raising interviews, outsized personality and frequent appearances on other reality shows, she’s sort of everywhere.

Rather infamously, Farrah entered the world of adult film in 2014, but her time in the industry was short-lived as a result of an on-set incident that resulted in an industry-wide scandal.

Abraham alleged that she was assaulted by co-star James Deen, who was later accused of rape by several other women he had worked with.

As repugnant as it is to imagine, Foppoli’s attorneys are likely planning to use Farrah’s controversial past as a means of discrediting the former reality star.

Farrah was fired by MTV in 2017, a move that may have been a result of her work in the adult film industry.

She has continued to dabble in it just the same with some memorable CamSoda appearances.

Allegations of negligent parenting, angry outbursts, and hard partying have plagued Farrah throughout her career.

None of her past behavior should have any bearing on her allegations against Foppoli. That’s just a fact.

Then again, defense attorneys have been known to zero in on plaintiffs’ perceived character flaws.

Normally, Farrah is an outspoken figure on social media, quick to comment on any controversy that involves her in any way.

For the past three days, however, she’s been uncharacteristically silent.

That alone makes you wonder.

This may be a result of advice from her attorney not to comment on an ongoing investigation.

Whatever the case, we’re sure Farrah will be able to share her story in the very near future.

We’ll have further updates on this developing story as more information becomes available.