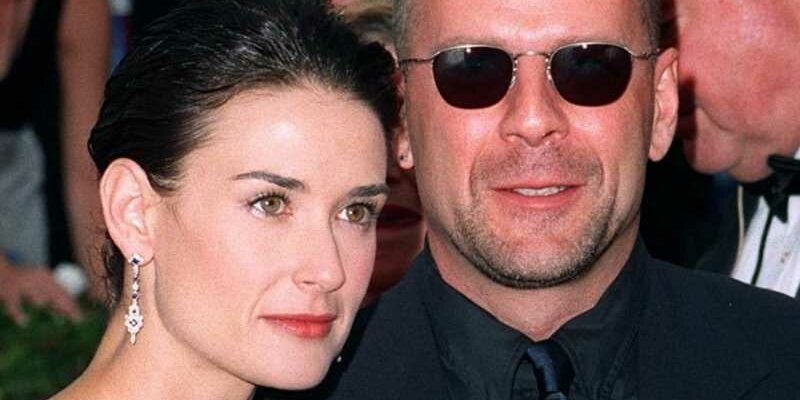 There are countless celebrity couples that didn’t stand the test of time, much to their fans’ dismay. But some hold out hope that their beloved celebrity couples will find their way back to one another. “Nicki Swift” wanted to find out which couples fans are desperate to see back together, so we surveyed more than 600 U.S. readers to get their thoughts. The five couples included in the survey were Ben Affleck and Jennifer Garner; Brad Pitt and Angelina Jolie; Selena Gomez and Justin Bieber; Robert Pattinson and Kristen Stewart; and Bruce Willis and Demi Moore.

The first couple on the list, Ben Affleck and Jennifer Garner, officially began dating in 2004 and announced their split in 2015, after 10 years of marriage. Brad Pitt and Angelina Jolie, meanwhile, are one of the most iconic celebrity couples of all time. Their 12-year relationship ended in 2016 when Jolie filed for divorce. They now share joint custody of their five children (via BBC). Selena Gomez and Justin Bieber are a more couple who first got together in 2011 and dated on and off until 2018 (via the Los Angeles Times). After meeting on the set of “Twilight,” Robert Pattinson and Kristen Stewart began their three-year relationship, which ended in 2012 (via Diva Magazine). Finally, Bruce Willis and Demi Moore were married in 1987 and divorced in 2000 (via US Magazine).

Read on to find out which celebrity couple fans are dying to see get back together.

After polling 637 fans across the United States, “Nicki Swift” discovered that the celebrity couple fans would love to see get back together is Bruce Willis and Demi Moore. This couple earned a total of 27.63% of the vote. Following behind them were Brad Pitt and Angelina Jolie with 23.70% of the vote; Ben Affleck and Jennifer Garner with 21.35%; Robert Pattinson and Kristen Stewart with 14.13%; and Selena Gomez and Justin Bieber, with 13.19%.

Bruce Willis and Demi Moore had a long relationship before eventually calling it quits. The two stars met at the premiere for the film “Stakeout” (via US Magazine) and married in 1987. The “Die Hard” and “Ghost” actors welcomed three daughters during the course of their marriage. Rumer was born in 1988, Scout in 1991, and Tallulah in 1994. Their separation was amicable, and the two joined forces for the sake of their children. In previous interviews, Willis has remarked that he and Moore stayed close after the divorce.

“I still love Demi. We’re very close. We have three children whom we will continue to raise together…We realize we have a lifelong commitment to our kids. Our friendship continues,” Willis said to Rolling Stone in 2000. Despite both Moore and Willis moving on romantically following their split — Bruce Willis has since gotten married again, to Emma Heming Willis — fans still wouldn’t complain in the unlikely event that they decide to get back together.