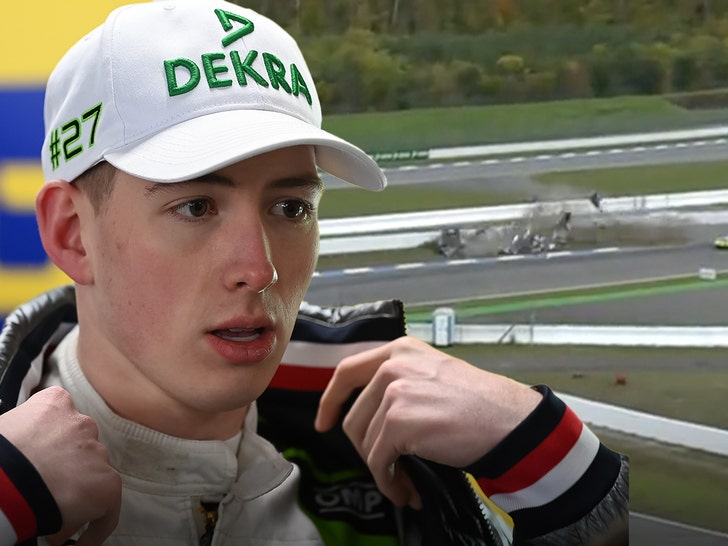 David Schumacher — the nephew of racing icon Michael Schumacher — suffered a broken spine during a terrifying crash in Germany, his family announced on Thursday.

The scene was tough to watch — David’s Mercedes-AMG GT3 crashed during the final round of the 2022 DTM season at Hockenheim … after his car crashed into fellow racer Thomas Preining as the two were battling for seventh into Turn 8.

Ralf Schumacher, David’s father, shared the update with German news agency Deutsche Presse-Agentur (DPA) … saying his son has to wear a corset due to the accident but won’t require surgery.

“When David came home, he was still complaining of back pain,” Ralf Schumacher told the outlet. “We then decided to go to a hospital in Salzburg to have an MRI done.”

David will be sidelined for at least six weeks.

The crash sparked a chain reaction — causing Ricardo Feller to hit the back of Dennis Olsen‘s Porsche … and prompting officials to red-flag the session.

David was taken to the hospital after the accident, where preliminary scans revealed that he suffered a scraped knee and bruising to his lumbar spine.

The crash ended David’s season and any hopes he had of competing in the title decider at the Deutsche Tourenwagen Masters last Sunday.

David is the cousin of current F1 driver Mick Schumacher … and also has experience in Formula 3.