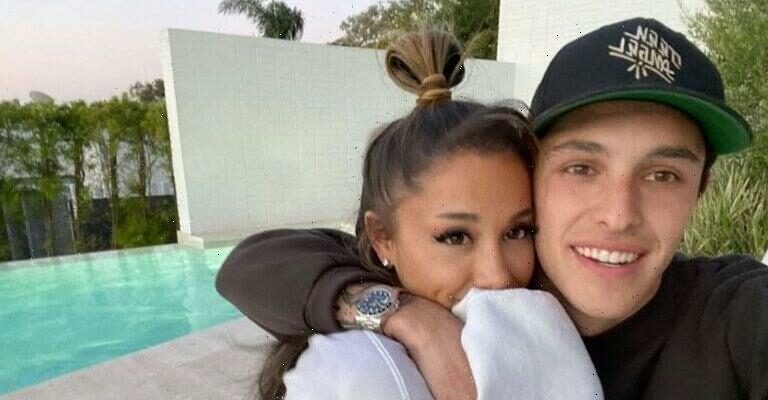 While the rest of us were forming an intimate and, some might say, passionate relationship with sweatpants, Ariana Grande spent her quarantine time being cute with her new beau, Dalton Gomez…and now they’re married!! “They got married. It was tiny and intimate—less than 20 people,” Ari’s reps confirmed. “The room was so happy and full of love. The couple and both families couldn’t be happier.” Yeah, I have questions due to being deeply nosy. Mostly just:

Ariana and Dalton literally just went public with their relationship LAST YEAR, by which I mean he showed up at the very end of the “Stuck With U” video for a casual PDA session that made the internet pretty much lose its sh*t.

Unlike Ariana Grande’s exes, Dalton is not famous, which means the time has come to do some investigating…especially since sources are out here saying they’ve already “fallen madly in love” with each other, which makes sense because they’re literally husband and wife now. This is truly a case for the FBI, but they’re busy and whatever so you’re stuck with me. 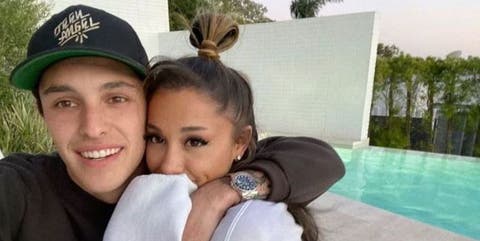 According to People, Dalton (who’s from Southern California) works as a buyer’s agent for a luxury real estate company called the Aaron Kirkman Group and apparently does a lot of “high-profile deals with A-list clients.” Not saying this is how he met Ariana, but it seems like a possibility? Especially since the Los Angeles Times reported he sold a house on behalf of Ariana’s lawyer.

Anyway, according to Dalton’s work bio, he’s “highly sought after for his extensive knowledge in the fields of significant architecture and luxury estates, and he is quickly becoming an industry titan.” Sounds fancy.

Orrr They Could Have Met Through Miley Cyrus

Dalton and Miley were once spotted hanging out, and let’s not forget that Miley and Ariana are friends and recently collaborated on the Charlie’s Angels soundtrack.

Either way, E! News says Ari and Dalton “run in the same circle,” and a source confirms that Dalton “used to be a dancer and they have many mutual friends.”

Ariana Was Caught Making Out With Him in February 2020

At the time, Dalton was simply a ~mystery man~, but this means they’ve been together for more than a year. And yes, don’t worry, there’s a video:

Aaaaand they made their relationship status clear in December 202o, because Ari posted a cute pic of them kissing straight to her feed. 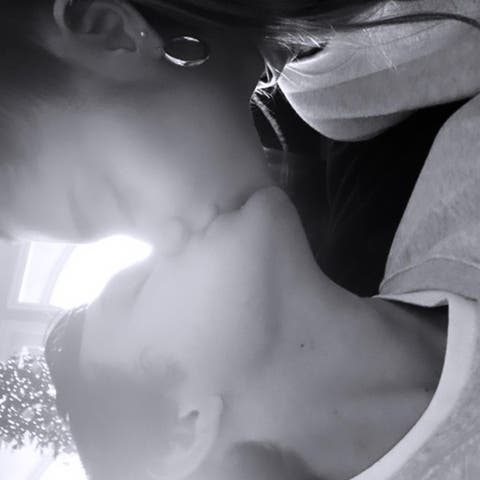 Fans Found Out About Dalton Thanks to Wild Sleuthing

Not only did a fan catch Dalton commenting on Ariana’s Instagram Live, but they also spotted his tattoos in the background of Ari’s Instagram Stories:

Finally, last night Ariana posted several stories on instagram where Dalton is clearly seen. In the one he pets Toulouse, you can get a glimpse of an offering bowl he has, as posted by his brother Dakota. pic.twitter.com/DHdqupUyyA

How did they identify said tattoos, you ask? Because…

Dalton’s Brother Is a Tattoo Artist

And he went ahead and posted his brother’s tattoo on ye olde IG:

IF HE LETS YOU. Dalton’s Instagram is private, which sucks for fans but honestly makes sense for obvious reasons related to the internet being a scary place. 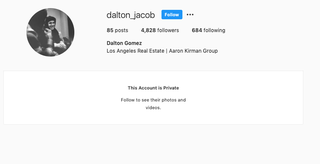 Dalton and Ari Quarantined Together and Are in Love

A source told People that Ari and Dalton were spending their isolation period in her Los Angeles home:

“Ariana sees something different in Dalton that she has never seen before in guys she has previously dated.”