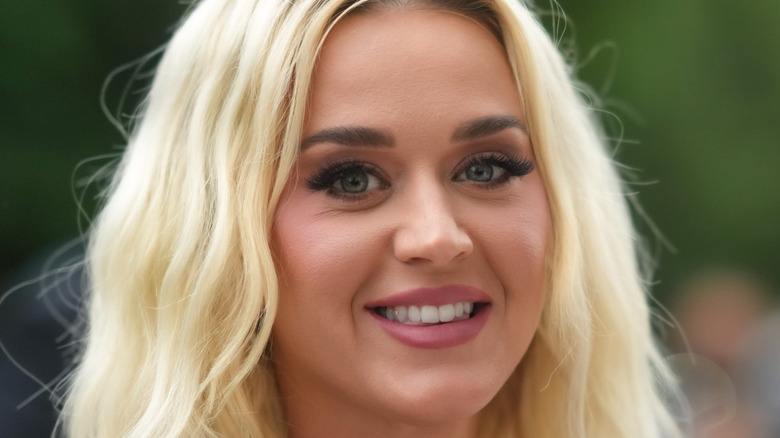 Katy Perry is best known for her string of bubblegum pop hits, including “Teenage Dream” and “California Gurls,” and for her judging stint on the long-running reality competition series “American Idol.” However, over the past couple of years, Perry’s music appears to have taken a backseat in favor of family life, and, in 2020, the pop sensation announced the birth of her first child, Daisy Dove Bloom (via BBC).

Perry welcomed her baby daughter in August 2020 with actor Orlando Bloom, whom she has been dating since 2016. In a joint statement announcing the happy news at the time, the couple said they were “floating with love and wonder” following baby Daisy’s “safe and healthy arrival.”

The A-list couple announced the birth of their baby daughter via UNICEF, a charity that aims to support disadvantaged children, of which Perry and Bloom are both ambassadors. In a statement shared on the official UNICEF website, Perry and Bloom continued, “We know we’re the lucky ones and not everyone can have a birthing experience as peaceful as ours was.” The page with the statement also includes a donation option aiming to raise money for new mothers and their children. “We hope your heart can bloom with generosity,” the couple added.

In the months following their daughter’s birth, Katy Perry and Orlando Bloom kept something of a low profile. However, they did offer fans a glimpse of Daisy Dove with a first photograph displaying the youngster’s tiny hand.

As for the baby’s name, many fans later believed Perry had been dropping hints that she would be naming her child Daisy following the release of her 2020 single “Daisies” and due to the daisy-themed attire she was often pictured wearing throughout her pregnancy. According to Hello! Magazine, the second part of their daughter’s name, Dove, also has a special meaning and represents a “bird of peace.”

Providing an update on Daisy Dove in June 2021, the “Roar” hitmaker revealed details of her daughter’s progress as she approached her first birthday. During an appearance on “On Air With Ryan Seacrest,” Perry told listeners, “She’s crawling and she has one tooth. But it’s barely poked through though.”

As of 2021, Perry and Bloom reside at their Beverly Hills home, where they are currently raising baby Daisy. Although, for now, at least, they appear to be keeping their newborn out of the public eye.