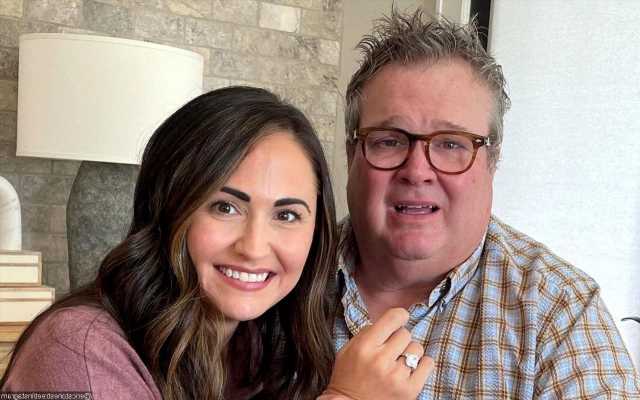 AceShowbiz –Eric Stonestreet is set to be walking down the aisle with his lady love. The 49-year-old actor is engaged to be married after he proposed to his longtime girlfriend Lindsay Schweitzer.

The comedian, best known for portraying Cameron Tucker on ABC’s sitcom “Modern Family“, made use of Instagram to announce his engagement on Sunday, August 22. Through his account, he shared several pictures to let out the news while giving a look at his fiancee’s new engagement ring.

In the first picture, Eric gave humorously pained look while holding Lindsay’s left hand, which is now adorned with the huge sparkler. The ring features an oval-shaped diamond on a silver band. The second snap captured the soon-to-be groom looking adoringly at his fiancee while both of them flashed a smile.

The last image had Eric looking fired up while he pointed to the ring on Lindsay’s hand. He included a witty caption in the post, writing, “She said, ‘She’d have her people call my people.’ “

The couple was quickly showered with congratulatory messages from his famous pals. One in particular was Gwyneth Paltrow, who wrote, “YAY!!! We are so happy for you.” Zachary Levi commented, “Congrats duuuuuuuuuuude!!!”

Eric started dating Lindsay, a pediatric nurse, over three years ago after they met at a fundraising event dubbed Big Slick Celebrity Weekend in Kansas City in June 2016. Back in 2017, he opened up to Ellen DeGeneres about his relationship with Lindsay.

After Ellen told Eric it’s good that Lindsay is a nurse “because you’re a hypochondriac,” the two-time Emmy winner replied, “I’m a big baby, too!” He went on raving about his girlfriend, “She calms me. She calms my nerves! I’m a very high-strung person.”