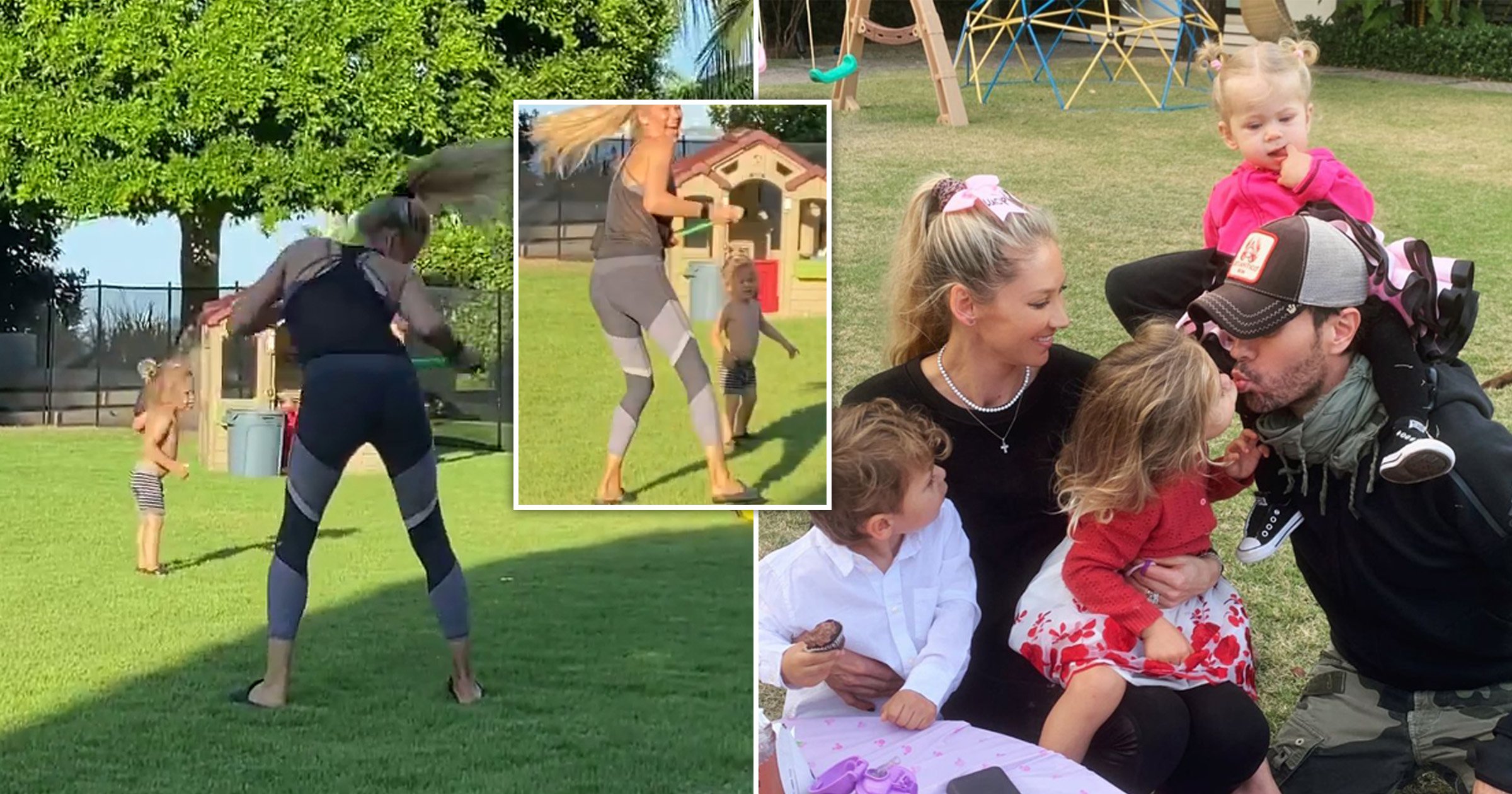 Enrique Iglesias and his partner Anna Kournikova are famously private about their home life, but have offered fans a glimpse inside their family mansion.

The Hero singer lives with his partner – whom he became romantically involved with in 2001 – and their children.

Enrique’s 40th birthday fell on Mother’s Day on Sunday, so Anna took the opportunity to wish him a happy birthday, but also giving fans a present by sharing an insight into what it’s like in their household.

‘Happy Birthday to the most amazing Dad! We super love you!!! ❤️,’ she wrote in the caption of an Instagram post, alongside a pic of the dad-of-three kissing his children as they cuddled up in the garden.

The musician later celebrated his wife and all other mums for US Mother’s Day, posting a sweet video of Anna living her best life, rocking out with one of their daughters in the garden.

They swished their hair around while dancing on the grass to the tune of I Love Rock n Roll, truly letting all their inhibitions free.

‘Happy Mother’s Day ! To all the Mothers around the world, You rock 🤟❤️,’ Enrique wrote under the funny video.

It’s clear from the adorable video that the couple’s children have plenty of space to run around and play at home, with the size of their back garden looking pretty impressive.

A range of toys could also be seen, including cars, trucks and a sand pit – can we go over and play?

Enrique and Anna have made a conscious effort to keep their children out of the spotlight, remaining tight-lipped over the years on the ins and outs of family life.

The parents have been together for over 20 years now, and have often faced rumours that they are married, but Enrique has denied reports.

During a 2018 live show, the performer referred to Anna as his wife while on stage and she has been pictured with a band on her ring finger before.

However, the singer told the press: ‘We’re just as happy. There comes a point when you’ve been with someone for a certain amount of time that I believe that you are like, married.’

‘I guess the only difference is that we haven’t walked down the aisle,’ he added.

Enrique and Anna met on set for his music video Escape, and the rest as they say, is history.

Although, it remains to be seen whether Anna has met her partner’s famous father, Julio, as, back in 2019, she had not.

‘They still haven’t met, no. They have to meet at some point,’ Enrique said.