“Reflecting on the most magical day having celebrated my 30th Sobriety Birthday,” the “Tiny Dancer” singer, 73, tweeted alongside photos of celebratory cards and decorations laid out on a table. “So many lovely cards, flowers and chips from my sons, David [Furnish], friends in the Program, staff at the office and in our homes. I’m truly a blessed man.” 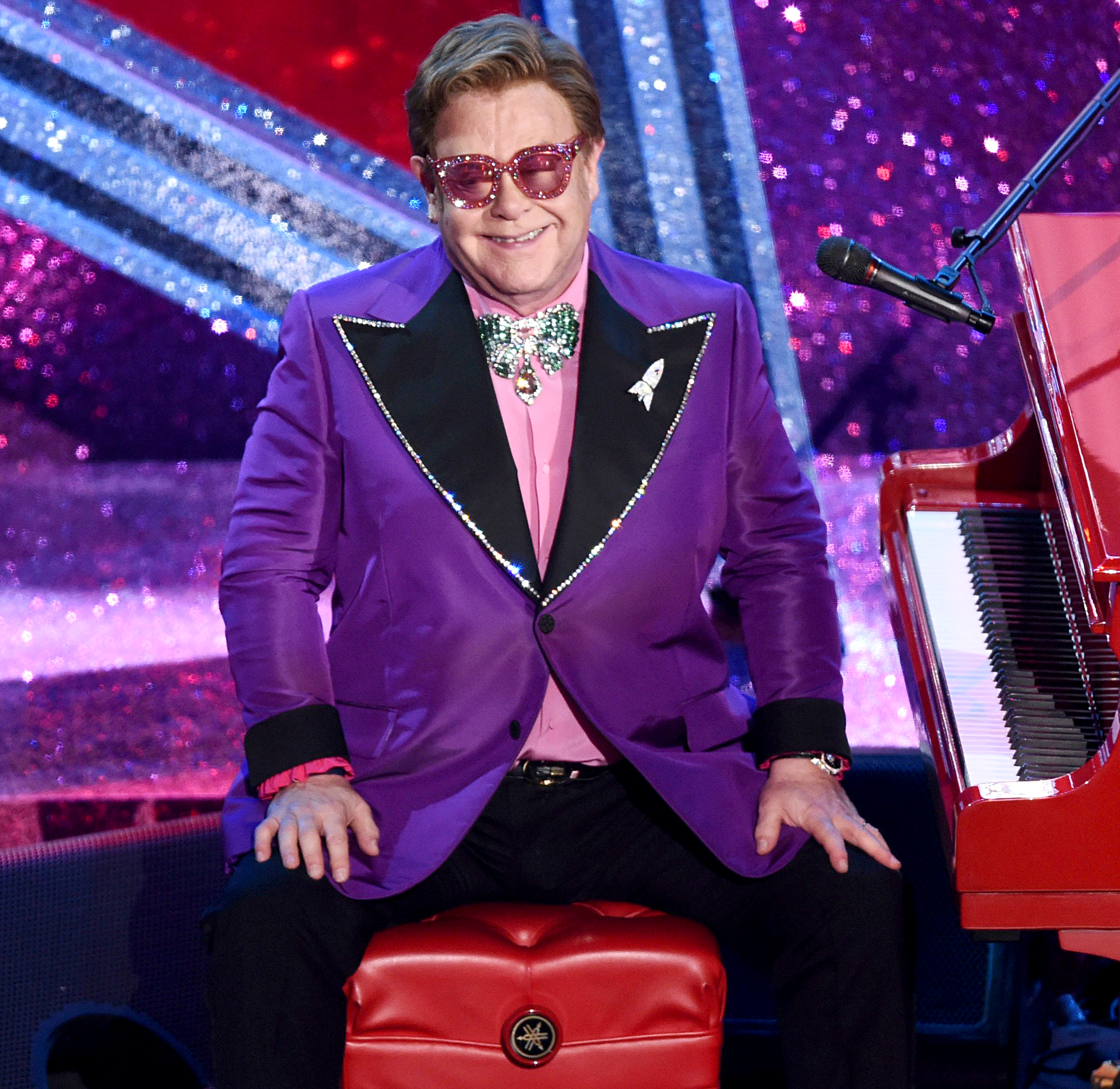 A separate post showed a festive fruit cake and one of John’s 12-step medallions with “Unity, Service, Recovery” written on the front.

“If I hadn’t finally taken the big step of asking for help 30 years ago, I’d be dead,” he continued. “Thank you from the bottom of my heart to all the people who have inspired and supported me along the way. ????.”

The Grammy winner opened up about his history with substance abuse while promoting his 2019 biopic, Rocketman, telling The Guardian that it was a “miracle” that he “didn’t go off the rails” sooner. The Oscar-winning film shows John, played by Taron Egerton, falling into a downward spiral as his music career begins to take off.

Best Music Biopics of All Time: ‘Bohemian Rhapsody’ and More!

“It took three or four years – and my discovery of cocaine – before things started getting out of hand, maybe because I was working so hard that I didn’t have too much time to think about it. I was always on tour or making a new album,” the “Goodbye Yellow Brick Road” crooner said at the time. “Of course, when I did go off the rails, that happened like a missile as well. It’s strange, I don’t find it painful to watch those parts of the film. … No one forced me to do drugs and drink. In fact, more than a few people tried to warn me I was out of control.”

In 1990, the music legend took the first steps on his journey to sobriety by checking into Chicago’s Parkside Lutheran Hospital. “My sobriety has brought me everything that I could possibly wish for,” he told Variety in 2004.

Now, the “Your Song” artist is happily married to Furnish, 57, with whom he shares sons Zachary, 9, and Elijah, 7. The couple began their relationship in 1993 and were finally able to tie the knot in March 2014 when same-sex marriage became legal in the United Kingdom. Earlier this year, John’s family gave him a sweet serenade in honor of his 73rd birthday.

“Grateful for the best birthday ever with my family,” he wrote via Instagram in March.

If you or someone you know is struggling with substance abuse, contact the Substance Abuse and Mental Health Services Administration (SAMHSA) National Helpline at 1-800-662-HELP (4357).