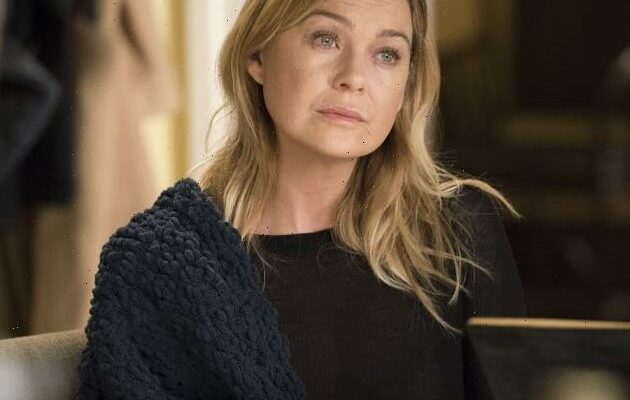 The ABC drama has been on the air for nearly two decades now, overcoming a vast number of cast departures and still dominating the ratings in its timeslot.

We recapped the shocking opener HERE.

Star Ellen Pompeo, however, has managed to overshadow the return of her beloved series by telling a never-before-heard story on the latest edition of her podcast this week.

In case you missed it, Pompeo brought on guest Patrick Dempsey and told him about an incident she had back in 2016 with Denzel Washington.

The Oscar-winning actor was brought on board as the director of a Season 12 episode and took issue at one point with Pompeo telling another actor what to do in a scene.

“I was like, ‘Look at me when you apologize. Look at me,'” Pompeo recalled yelling at her colleague at the time.

“And that wasn’t in the dialogue,” she explained.

“I was like, ‘Listen, motherf–ker, this is my show,'” Ellen continued. “This is my set. Who are you telling?”

(To be clear here, we really do not think Pompeo referred to Washington by this term. We think she just used it in the retelling of the story.)

Clarifying later that she has the “utmost respect for [Denzel] as an actor and director,” Ellen said she was thrilled with the overall experience, but:

The Grey’s Anatomy star then shared that Washington’s wife, Pauletta Washington, came to visit the set and Pompeo felt a need to tell Pauletta how her husband yelled at her.

The popular added that despite the argument, “it was an amazing experience,” and noted that sometimes TV sets are “an emotional place” and can get passionate, but the two “were fine after that.”

We’re sure that’s the case and we took this as a funny anecdote that came from a strong woman.

But many critics across the Internet took it differently.

“Ellen Pompeo wasn’t just wildly rude to Denzel Washington on set, she confronted his wife when she came to visit.

“And the entire reason Denzel Washington was brought on as a director is that producer Debbie Allen was trying to appease Pompeo. Wow,” Tweeted author Saeed Jones.

We do admit, the wife part is a little extreme.

“I wonder if she’d talk to Scorsese or Spielberg like that?” asked journalist Tiffany Cross.

We mean… this was Denzel Washington. So the answer is probably yes, don’t you think?

Elsewhere, some especially harsh trolls brought up the issue of race — and the fact that Pompeo is part of an interracial marriage.

“I don’t know if Ellen Pompeo revealing that she yelled at Oscar Winning Denzel Washington on the set of Grey’s Anatomy is the flex she thought it would be.

“She seems like a Karen, and if I hear her say one more time she’s married to a Black man and has Black kids…”

It’s also worth noting that Washington has never brought up this confronation.

Pompeo, for her part, has not reacted to any of the criticism that has come her way.

We’ll be sure to update this story when/if she does so.