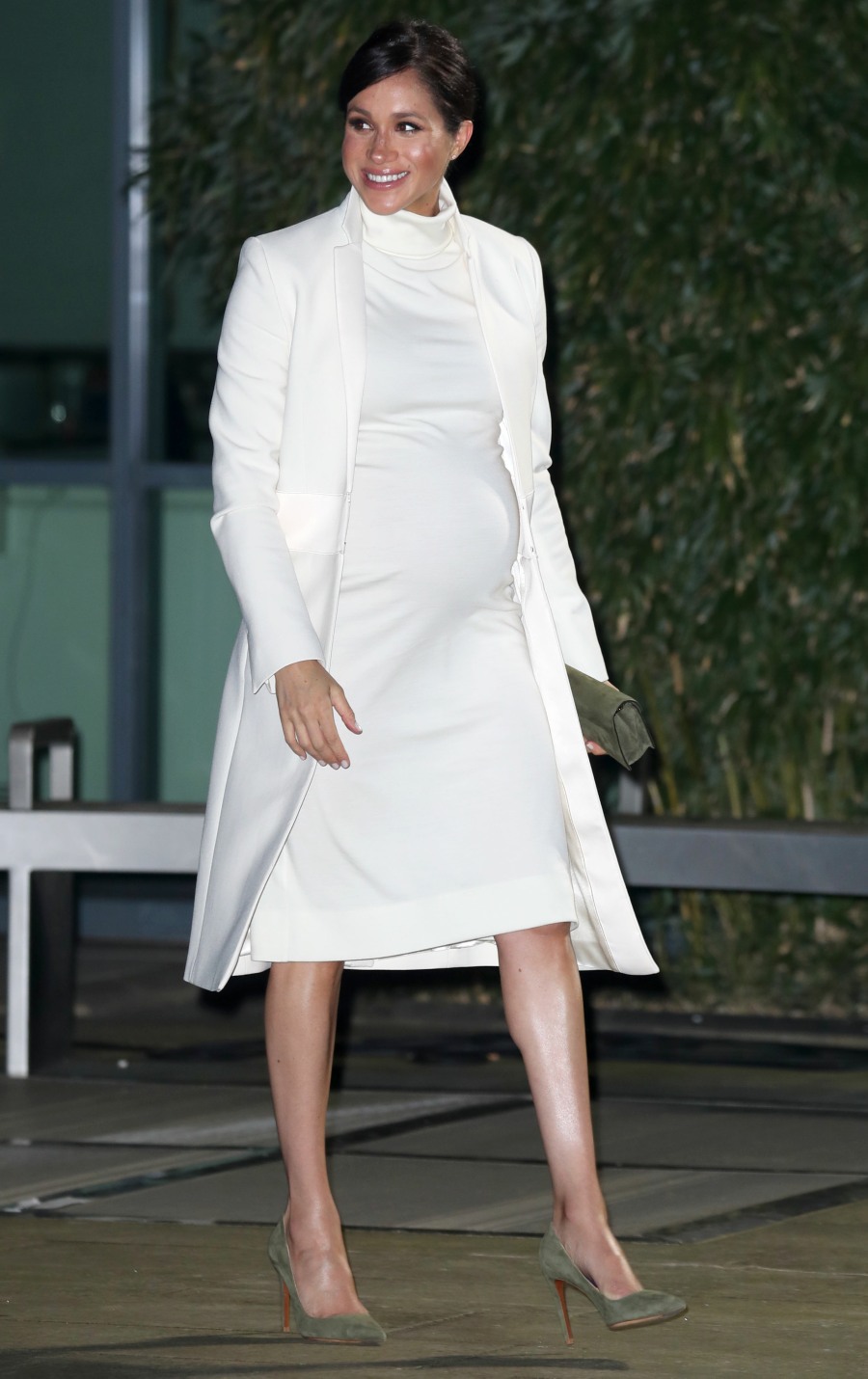 Here are some photos of the Duke and Duchess of Sussex at the Natural History Museum’s gala to celebrate the museum’s new theater production Wider Earth. They also had a look at the new exhibition of related historical items from Charles Darwin, centered around his journey on the HMS Beagle, the writing of the Origin of Species, and more. According to People, the event was in support of the Queen’s Commonwealth Trust. Harry is president of the Queen’s Commonwealth Trust.

For the appearance, Meghan wore a winter-white Calvin Klein sweater dress and a matching Amanda Wakeley coat. The coat was a re-wear, but the dress was new-to-us. Considering it was an evening event which was described as a “gala,” I was expecting something a tad dressier or fancier? I mean, I like this ensemble a lot, but it doesn’t really feel like gala-wear. Per usual, I enjoy that Meghan gives us different styling looks all the time. She’s been doing a lot of updos in the past month, and all of those updos have been subtly different. This one feels like a “I’m going to work” rather than “I’m so glam.” I also feel like this look needed bigger earrings?

Anyway, I didn’t even look to see what the British headlines were about this appearance, so let me try to do my best impression of the British tabloids: 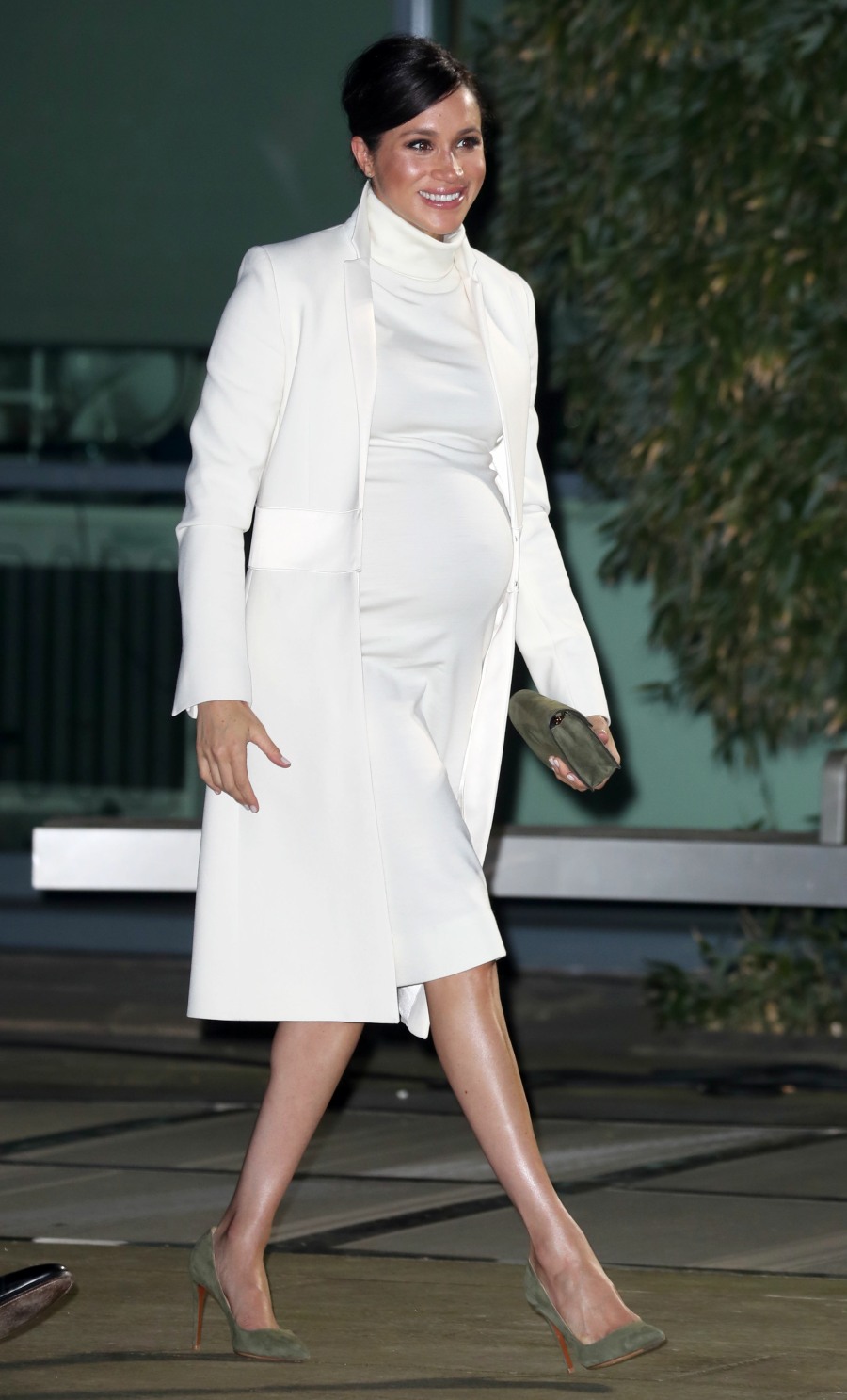 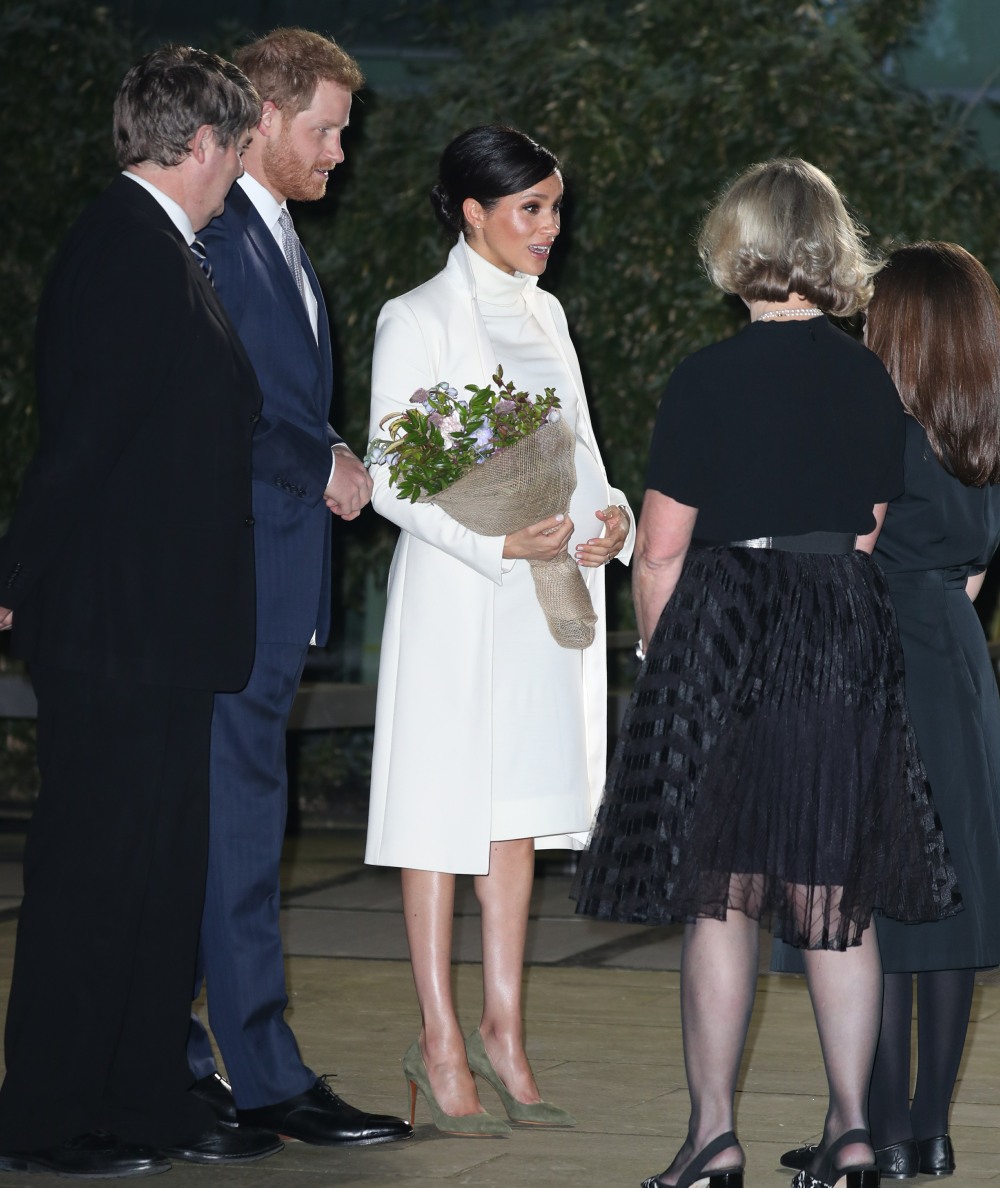