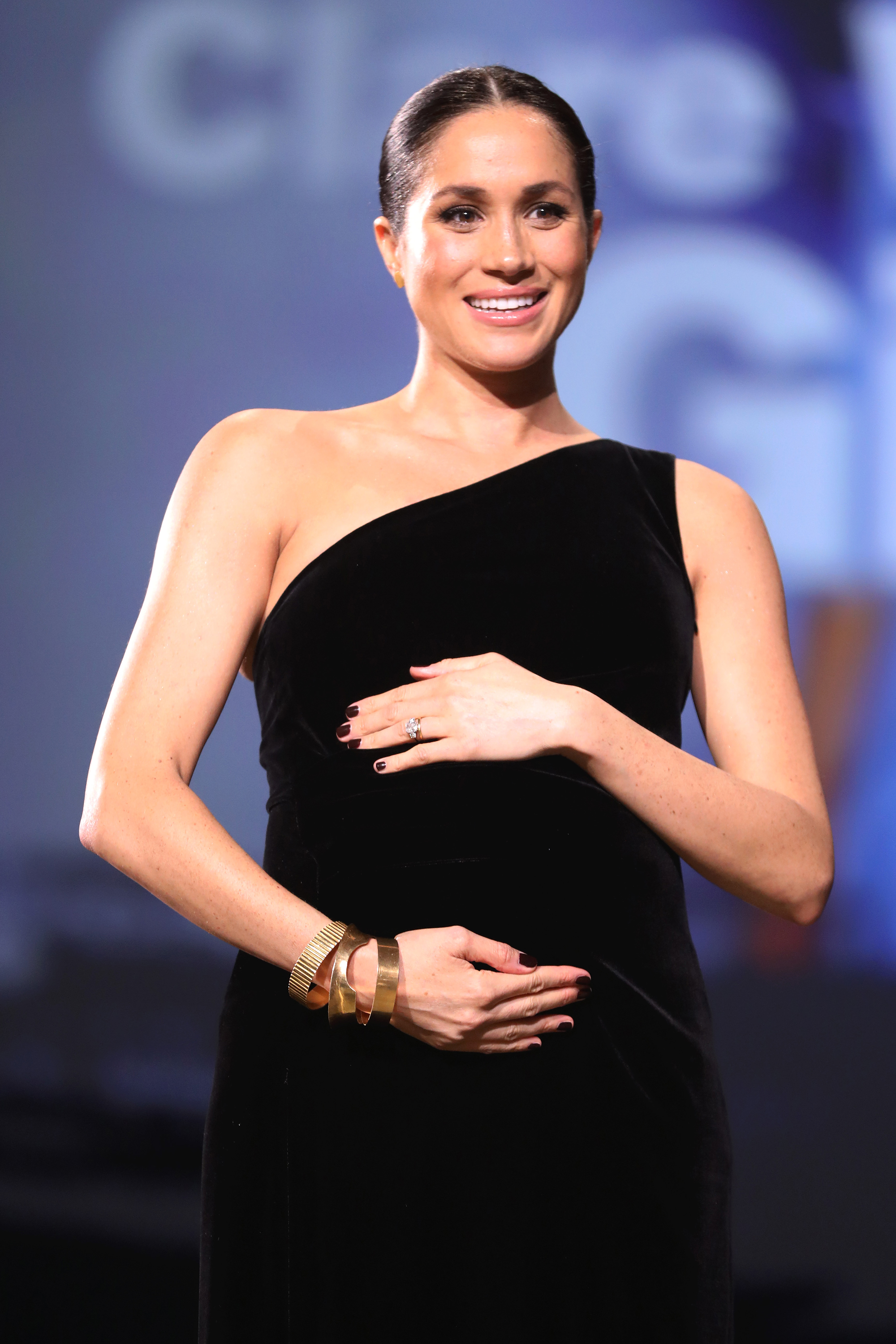 A sweet statement! Duchess Meghan gave a meaningful tribute to her father-in-law, Prince Charles, while making an appearance at the Fashion Awards 2018 in London on Monday, December 10.

While it was the pregnant duchess’ baby bump that garnered the most attention, it was her eye-catching accessories that were a nod to Charles, 70.

Meghan, 37, paired her black Givenchy dress with three gold bangle bracelets and a pair of stud earrings from British jeweler Pippa Small’s Turquoise Mountain Foundation. The Afghanistan-based charity — which works to train and employ local artisans in conflict areas — was founded by Charles in 2006.

“Honoured to see the beautiful Duchess of Sussex wearing our bangles and stud earrings proudly made by artisans of the @TurquoiseMountain foundation in Afghanistan,” she wrote alongside a picture of the beaming mom-to-be.

Prince Charles, for his part, keeps his daughter-in-law close to his heart with a framed photo on display in his home that shows him walking the duchess down the aisle at the royal wedding, according to the Daily Mail.

The sweet gesture comes on the heels of the drama surrounding the California native’s own father, Thomas Markle.

Markle made headlines days before his daughter’s May wedding to Prince Harry, when he staged paparazzi photos, and later criticized the royal family, calling them “cult-like — like Scientology.”

The retired TV lighting director most recently lashed out during an interview with the Mail on Sunday on December 9.

“The royals haven’t always been perfectly behaved,” he told the Mail while speaking about the attempts he’s made to mend his relationship with Meghan before referring to Harry’s past scandals without naming him. “I wrote that I’ve never played pool naked, nor have I dressed up as a Nazi.”

The Duke and Duchess of Sussex announced in October that they are expecting their first child. Thomas — who currently resides in Mexico — has yet to meet his son-in-law, 34.