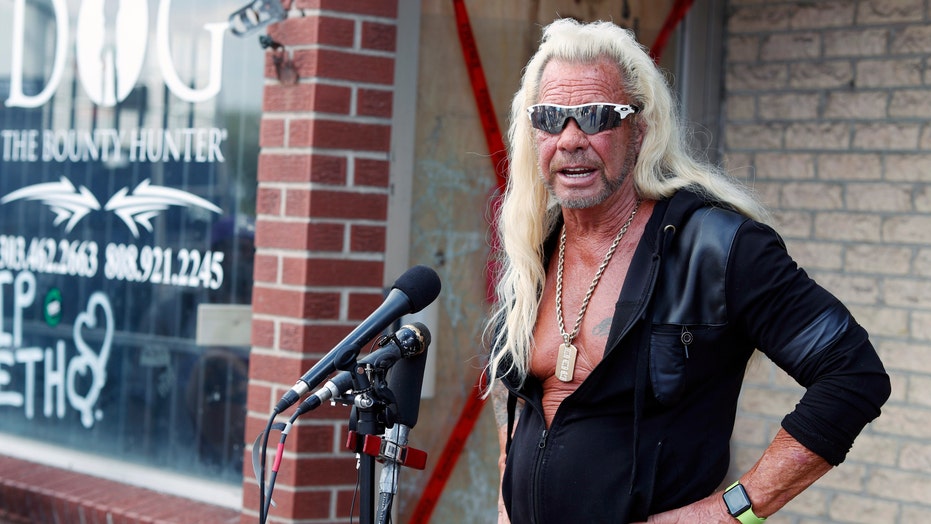 Duane “Dog” Chapman is officially moving forward with his marriage to Francie Frane regardless of how some of his daughters might feel about the pending union.

The reality star and Frane filed for a marriage license in Colorado on Friday, according to clerk records obtained by Fox News. Now, there isn’t anything stopping them from exchanging their “I do’s” come Sept. 2.

Despite the pushback from family members, who claim they weren’t even invited to the ceremony, Chapman, 68, doubled down on his stance to wed Frane, telling Us Weekly on Wednesday, “We’ve spent so long on this to ensure it’s going to be just perfect and believe me, nothing is going to get in the way of us.”

“I have a large family and most of them are going to be here for it,” added the “Bounty Hunter” star. “I love all my kids and it’s going to be great to have so many people here to celebrate.” 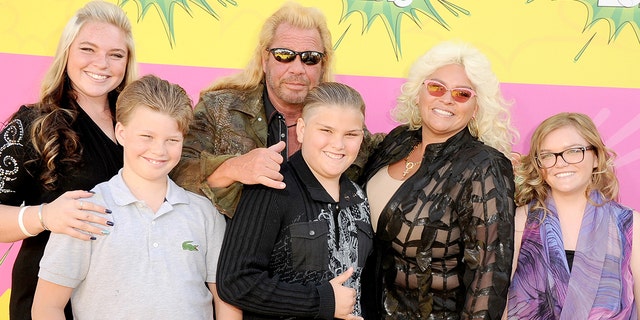 Cicily Chapman, left, and sister Bonnie, right, say their dad, Duane ‘Dog’ Chapman, center, didn’t invite them to his wedding to his new wife. Their mother, Beth Chapman, second from right, died of throat cancer in 2019.
(WireImage via Getty)

Cicily Chapman – who is Duane’s step-daughter with late wife, Beth Chapman – told TMZ on Monday that she believes the reason why she and her sister weren’t invited to see the exchanging of vows next week is the idea that she and Bonnie Chapman, Duane’s biological daughter with Beth, bear too much resemblance to Beth. Beth died of throat cancer in 2019.

“My only guess or idea would be that he’s just not really on the same path as me and my sister,” Cicily told the outlet. “What I’m seeing personally is just my dad is having a hard time dealing with the fact that maybe he’s not going to be able to replace my mom and that me and Bonnie bring a lot out from my mom and he sees our mom in us.”

“I feel like that scares him,” she continued. “Yes, he can move on. Yes, he can get married again – that’s not the problem. I just think he’s too scared that we remind him too much of my mother.”

While Duane and Beth’s biological son, Garry, was in fact invited to the ceremony, the daughters maintain they have no negative feelings towards their dad’s new bride-to-be and claim that they’ve always been cordial and OK with their relationship. 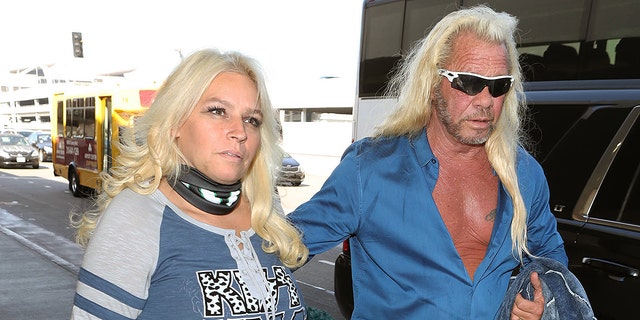 Duane Chapman, right, was most recently married to Beth Chapman, left, from 2006 until her death in 2019. He was married four times before marrying Beth.<strong> </strong> The former pair are seen at LAX on Sept. 28, 2017 in Los Angeles.
(Getty Images)

“She’s a great lady and she’s never done anything to us,” Cicily explained. “So that’s why I feel that this is more of a personal thing with my dad towards us girls because we do resemble my mom a lot and I feel that especially with where our direction is going – Bonnie is doing protests and she’s getting out there and she’s being an activist and my mom actually thrilled off that stuff – and if you knew Beth, you knew that she was like that.”

Duane responded to their claims and told the Us Weekly it’s sad his kids are trying to “bring a cloud over our wedding.”

“They’re my daughters and I love them, but they will learn. I’m sad they can’t be a part of the wedding,” he added.

The TV personality was married to this late wife Beth from 2006 to her death in 2019. Since her passing, Chapman has started a relationship with Frane. He popped the question less than a year after Beth’s death.