Duane “Dog the Bounty Hunter” Chapman marked what would have been the late Beth Chapman’s 52nd birthday on Tuesday, October 29, reposting three Instagram videos to pay tribute to his wife of 13 years.

The first upload the 66-year-old reposted was a promo for the couple’s current WGN America show, Dog’s Most Wanted. In the clip, Beth talks about savoring each moment. “We’re just gonna have fun and love each other and laugh all the way,” she says. “And when it ends, it ends.” 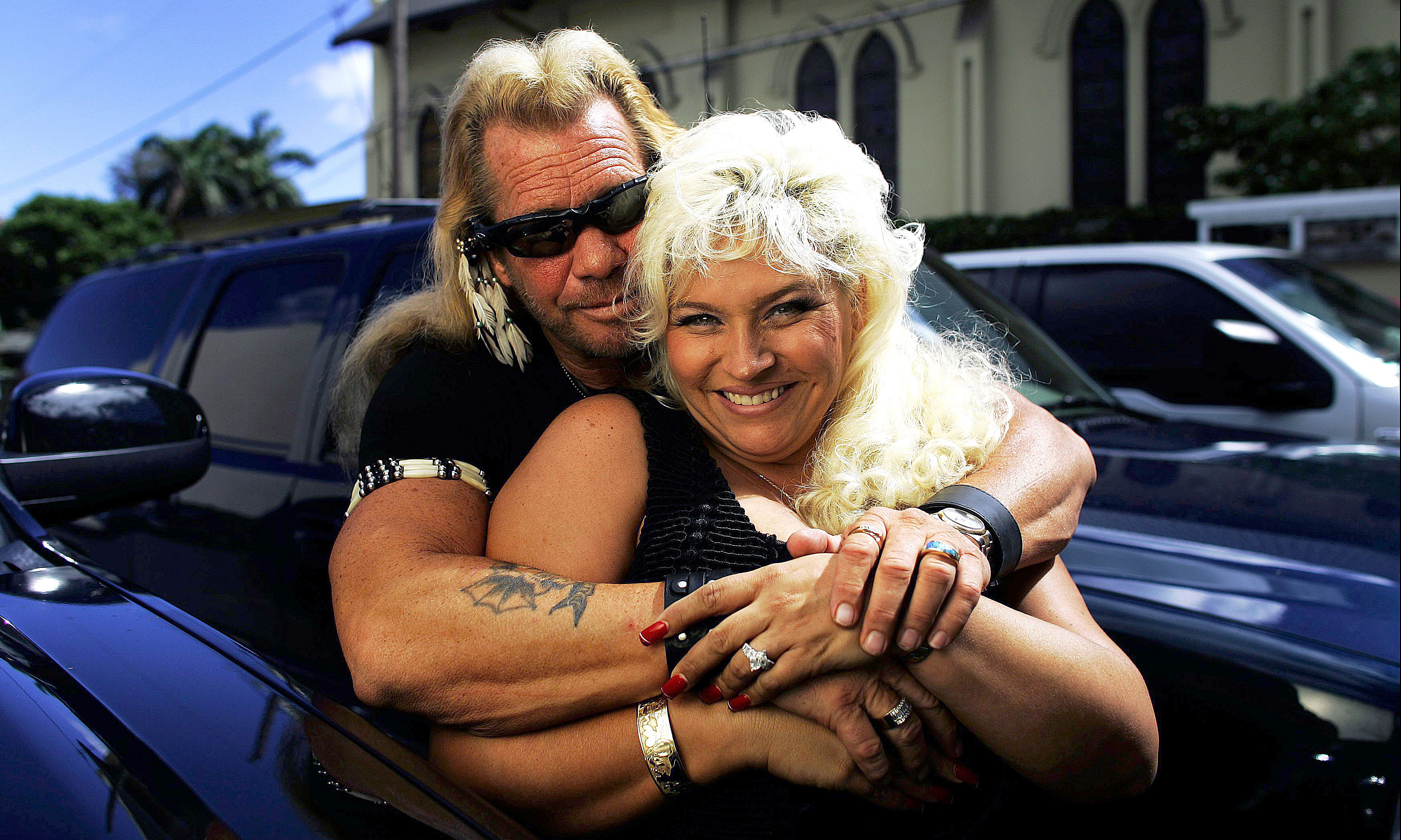 The second is a longer promo for the reality series, a clip in which Beth says, “If I’m gonna die, I’m gonna die in my boots.” And in a voiceover, viewers hear Dog say, “Listen, I love my job, but I love you more.”

And last, Dog reposted a photo Beth shared on Instagram in February, a pic of the couple embracing one another. “Sooooo in love with this guy!” Beth wrote in her caption.

Sooooo in love with this guy !

Beth died on June 26 following a cancer battle of nearly two years. Dog shared the news on Twitter that day, writing, “It’s 5:32 in Hawaii, this is the time she would wake up to go hike Koko Head mountain. Only today, she hiked the stairway to heaven. We all love you, Beth. See you on the other side.”

Dog, who was recently hospitalized and diagnosed with a pulmonary embolism, exclusively told Us Weekly in September that Beth wanted to share her whole story with fans. “Beth is Beth,” he explained. “If she could have said it, she’d have brought the cameras in to the very last second. But when the hospital put her in an induced coma, and then, right then, I took over and said, ‘Cell phones, cameras, that’s nothing. None of that.’”

“But she would have had them right in there,” he added. “All but the last day, you get to see.”

“I still put the pillows in the middle of the bed,” he added. “This morning I thought she was still there.”