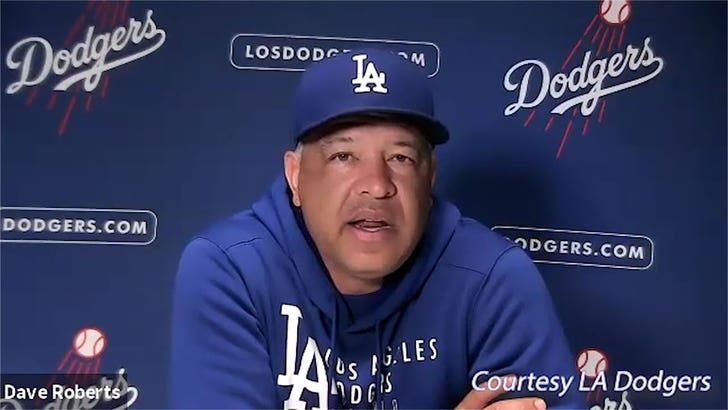 The L.A. Dodgers are planning to start Trevor Bauer as scheduled on Sunday … this despite the star pitcher being accused of violently choking and punching a woman during two recent sexual encounters.

Team manager Dave Roberts just made the announcement Thursday … explaining to reporters MLB has advised him and the Dodgers to play Bauer while a league investigation into the allegations moves forward.

“It’s actually out of our hands,” Roberts said. “Regardless of what direction the organization wanted to do, it’s something that — this is what has to happen. And so it’s out of everyone’s hands.”

Roberts continued, “I’m in the position of following the lead of Major League Baseball.”

“Their recommendation was for us to use our scheduled Sunday starter and to move forward and have him start that game Sunday.”

It’s a surprising take from MLB, Roberts and the Dodgers … considering the allegations against Bauer are highly disturbing.

The woman also stated Bauer punched her in the head and face … leaving her bloodied, scratched and black and blue.

Bauer and his camp have strongly denied the allegations … claiming the encounters were entirely consensual and that the pitcher’s accuser actually enthusiastically encouraged the rough sex.

In fact, Bauer and his reps say the Dodger has text message proof that the woman was elated by being choked and had even asked Bauer to “gimme all the pain.”

Police say they are currently investigating it all.