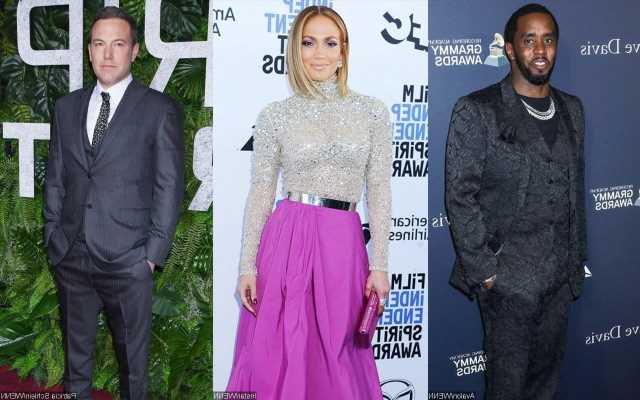 The ‘I’ll Be Missing You’ rapper gets support from his online followers to get back together with the ‘Shotgun Wedding’ actress, including one person urging him to ‘go get your girl.’

AceShowbiz -Is Sean “P. Diddy” Combs trying to steal Jennifer Lopez from Ben Affleck? Amid ongoing rumors that “On the Floor” hitmaker and the “Gone Girl” actor are back together, the “I’ll Be Missing You” spitter put out a throwback picture of him and the singer from when they dated.

The 51-year-old MC posted the snap on Instagram on Thursday, May 27. Alongside the image that saw him holding hands with the “Shotgun Wedding” actress, he simply wrote, “#tbt.”

Diddy’s post was met with hilarious responses from many. One in particular was singer Tamar Braxton who wrote, “It’s the petty for me and I’m here for it.” One of his fans chimed in by noting, “Oh this is messy.” Another quipped, “He woke up and chose violence lol.”

Some of the rapper’s famous friends, meanwhile, showered him with support. One in particular was DJ Holiday who exclaimed, “Go get your girl Brother Love!!!!!! She yours.” Boxer Andre Berto suggested, “Tell her come on back home mane!!!” Keyshia Cole echoed, “Tell ha, come on home baby.”

J.Lo and Ben, however, have sparked reconciliation rumors after she split from ex-fiance Alex Rodriguez. Earlier this month, the “Let’s Get Loud” songstress and the “Zack Snyder’s Justice League” star were spotted having a vacation in Montana. Weeks later, the alleged couple was captured walking together in Miami, Florida.

The twosome allegedly even shared a kiss during a gym date in Miami. “They stayed close to each other while working out and were hugging, being playful together, and shared a kiss in between sets,” a source told Entertainment Tonight. “It was clear to everyone that they have intense chemistry and were having fun together… They looked like two people who are super comfortable and familiar with each other, who are also in the honeymoon phase and in love.”

A new report claimed that J.Lo and Ben plan to confirm their relationship on Instagram. A source told Page Six, “He stayed at her house [in April], and she was planning to make an announcement that they are back together on Instagram. It’s all about timing with her.”