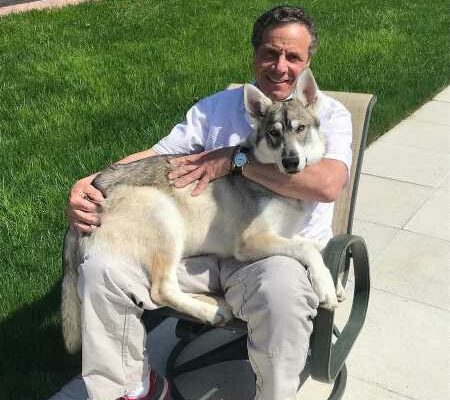 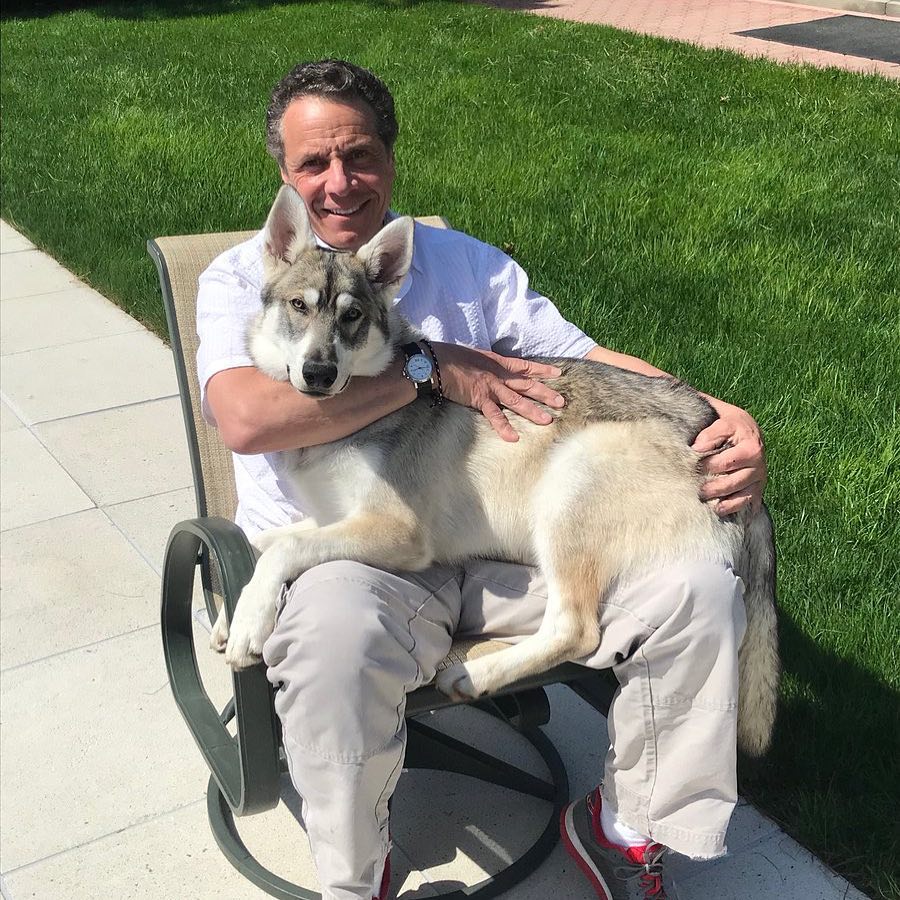 Monday was Gov. Andrew Cuomo’s last full day in office in Albany. At 12:01 am today, Lt. Gov. Kathy Hochul was sworn in as governor of New York. Gov. Cuomo apparently pre-recorded a “fiery” farewell speech in which he basically called a lot of women liars and said the truth will eventually come out. To celebrate, a local Albany paper kicked Cuomo on his way out the door. Several years ago, Cuomo got a dog and named him Captain. Cuomo’s daughters apparently wanted the dog but then they didn’t want to take care of the dog, or something. There was family-dog drama. And apparently, Cuomo doesn’t want to take Captain with him when he leaves the governor’s mansion. Dude is abandoning a family pet in what amounts to a government office? Dang.

Gov. Andrew M. Cuomo, who has been staying with one of his sisters in Westchester County in the final days of his third term, recently has asked staff members at the Executive Mansion if anyone would like to keep his dog, Captain, who has remained at the state-owned residence after the governor moved out last week.

Two State Police sources told the Times Union on Saturday that the governor had recently asked mansion staff members if anyone would be interested in caring for the dog. Captain — a high-strung mix of shepherd, Siberian and malamute — has nipped a few people since Cuomo adopted him in 2018, the sources said, and a mansion staffer recently took the dog home for a few days but decided he was too much.

Richard Azzopardi, a senior adviser and spokesman for the governor, lashed out at the allegation that the governor has been looking for someone to care for the canine. He said the arrangement was only “temporary” because the governor, who is scheduled to resign from office at 11:59 p.m. Monday, is planning to take a vacation. Azzopardi also said that he and the governor had more important things to deal with as the tropical system Henri was bearing down on southern New York and New England.

“Captain is part of the governor’s family and for your nameless ill-informed source to imply they’ve been trying to give him away is untrue,” Azzopardi said in a statement Saturday. “Someone offered to watch him for a few days while the transition was ongoing but for that to be weaponized and morph from a game of telephone into the pages of your paper is absurd — now excuse us we’re preparing for a major storm.”

But a State Police source said they were told “he tried giving the dog to the (a mansion employee). … Apparently (the employee) took the dog home and it didn’t work — the dog walks him, he don’t walk the dog.”

The source, in an interview on Saturday, also said the dog had nipped at “several State Police members” as well as staff members, “and the governor would just laugh. … The dog remains at the mansion.”

Cuomo first introduced the dog, then 14 weeks old, in 2018 to a delegation from the state Conference of Mayors when they visited the Executive Mansion. Cuomo, who struggled to control the dog during that public introduction, said his daughters had suggested getting the dog but were “nowhere to be found now.”

“He will only urinate indoors,” Cuomo said three years ago. “He has some kind of climate sensitivity that overpowers his bowel movements.”

People are really freaking out about this, as well they should. Obviously, a family pet is part of the family. So what if your dog is high-strung, he’s your dog and you shouldn’t just give him away when you move out of government housing! For the love of God. It’s not Captain’s fault that his dad is a douche. Why can’t one of Cuomo’s daughters take the dog? 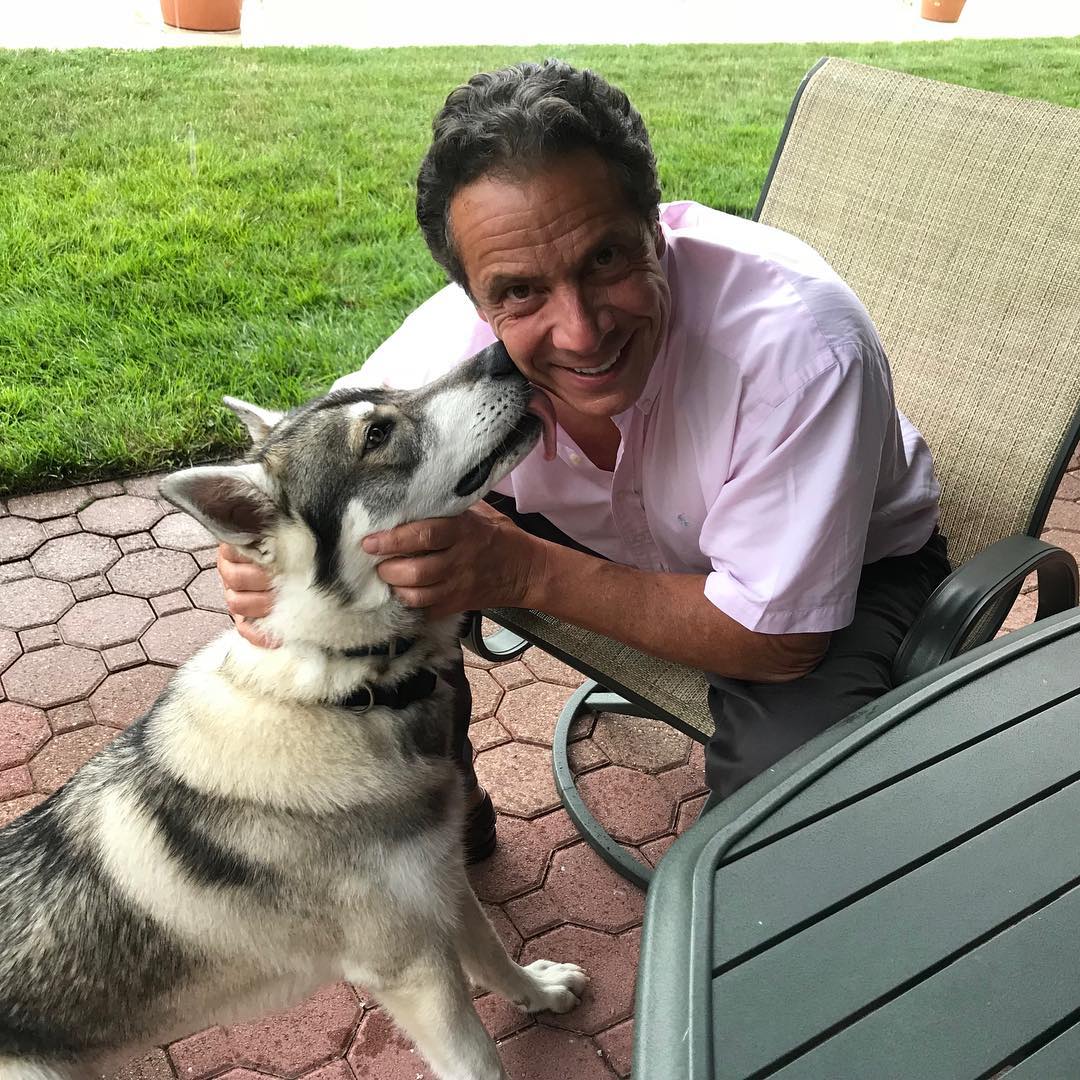