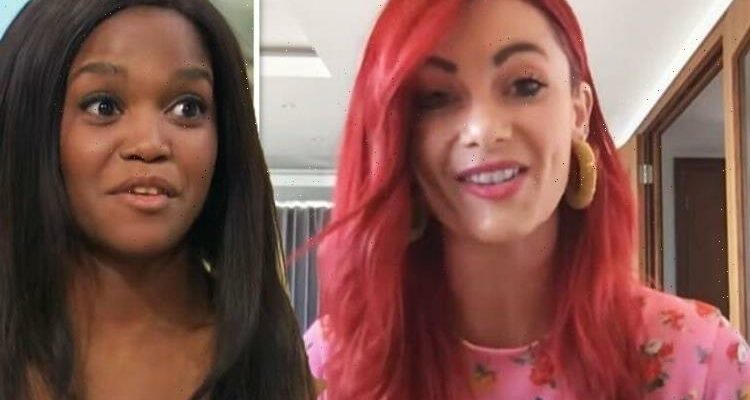 Strictly Come Dancing star Dianne Buswell has spoken about the possibility of landing a role on Australia’s version of the hit dance show, Dancing With The Stars. In a new interview, the flame-haired star, 32, gushed over Strictly co-star Oti Mabuse who left the popular BBC dance show earlier this year to be a judge on Dancing on Ice.

Dianne featured on Australian show Dancing With The Stars in 2015, and landed a role as a dance pro on Strictly two years later.

In a new chat, the star told how she aspires for a place on the judging panel of the UK show, admitting that she plans to conquer Australia first before setting her sights on the UK.

The redhead said: “I love dancing so maybe I might be going back over there… I mean I’d love to be a judge on the show.

“I would love to do that, but we’ll see.

“You never know what’s just around the corner,” she teased.

She also gushed over her former Strictly co-star Oti who left the hit dance show earlier this year for other ventures, branding it an “inspiring” move.

Addressing her friend’s career move, Dianne said: “I think Oti is absolutely incredible and she really goes for it.

“She’s a real inspiration and I would obviously love to venture out and do different things as well,” she told MailOnline.

In February, Oti announced that she had made the decision to quit Strictly after seven years on the show and winning the series for two consecutive years.

She went on to star as a judge on Dancing on Ice where she replaced John Barrowman.

Oti is also set to present a new ITV dating show, Romeo and Duet, which is due to appear on TVs soon.

Last month, Dianne and her beau Joe Sugg’s latest Instagram posts left fans convinced they will get engaged in the near future.

The duo fuelled marriage rumours with a series of adorable photographs from their trip to Dianne’s native Australia.

The couple spent the best part of a month in Perth where they visited Dianne’s family and friends.

As their time Down Under came to an end, Joe marked the occasion with a selection of snaps which featured the couple against the backdrop of some of the stunning scenery they had explored.

One of the snaps was of Joe’s left hand, and although he was not wearing a ring, some of his 5.8m followers seemed to think it was a hint that an engagement was imminent.

Nikita Kuzmin, Jowita Przystal and Kai Widdrington who all made their Strictly debut last year, will also be returning.

South African dance champion Cameron Lombard is the show’s newest addition and is set to be paired with a celebrity contestant instead of featuring as part of the dance troupe.