Diana Ross closed the show at Saturday night’s iconic Platinum Jubilee concert, which was attended by many members of the royal family.

Tagging the royal family on Instagram, Diana wrote: “What a beautiful night! I was honored to celebrate Her Majesty The Queen and to share the love with everyone. I am filled with gratitude.

“Thank you to @theroyalfamily for allowing me to be a part of such a special and historic moment. #PlatinumJubilee #DianaRossThankYou.”

The singer’s performance went down particularly well with the Duchess of Cambridge and Princess Charlotte, who were captured on camera singing along while waving their Union Jack flags.

The Cambridges had enjoyed a busy day on Saturday, having earlier gone to Cardiff ahead of the London show.

While George and Charlotte were in attendance, their younger brother Prince Louis, four, stayed at home, but joined his family at the pageant on Sunday – where he stole the show once again with his adorable face pulling antics.

During the Jubilee concert, which celebrated the Queen’s 70 years of service, the Prince of Wales paid tribute to both his mother and late father, Prince Philip. 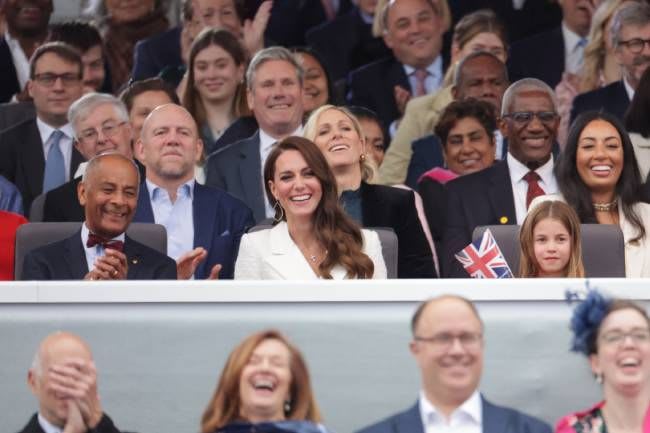 Kate and Charlotte were big fans of Diana Ross’ performance

As he spoke, images of Her Majesty that he had personally chosen flashed up behind him. The speech had personal moments for Charles as well as he recounted watching the coronation of the Queen when he was just four years old, and also featured photos of his parents together back when they were both younger.

“Your Majesty, Mummy,” he began. “The scale of this evening’s celebration – and the outpouring of warmth and affection over this whole Jubilee weekend – is our way of saying thank you – from your family, the country, the Commonwealth, in fact the whole world. 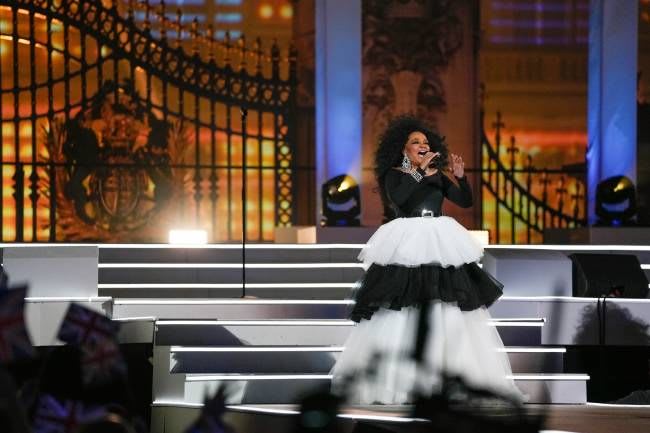 The singing sensation closed the show

“On behalf of us all, I wanted to pay my own tribute to your lifetime of selfless service. Your family now spans four generations. You are our Head of State. And you are also our mother.”

He continued: “Your ‘strength and stay’ is much missed this evening but I am sure he is here in spirit… My Papa would have enjoyed the show and joined us wholeheartedly in celebrating all you continue to do for your country and your people.”