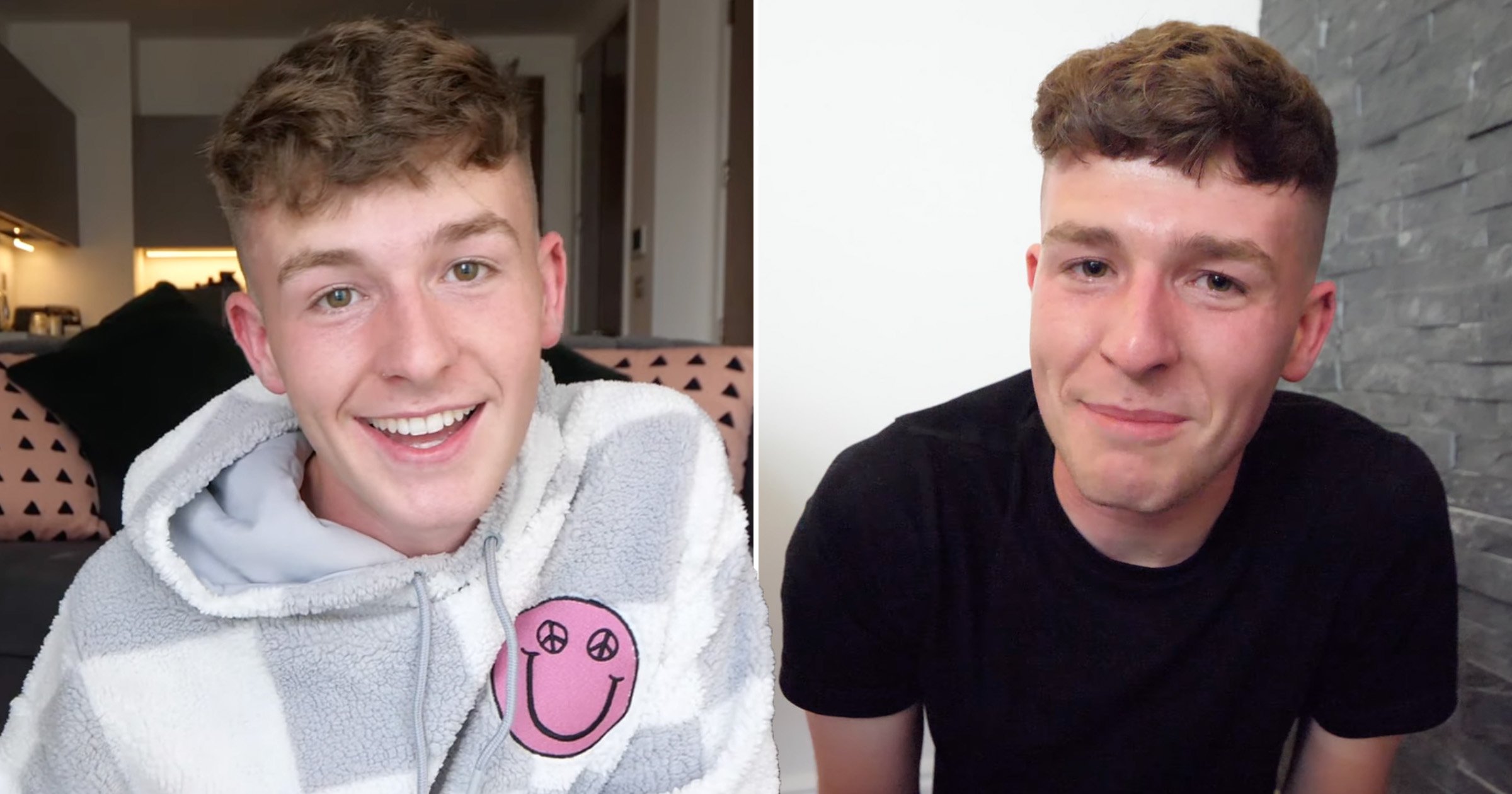 Derry YouTube star Adam B has come out as gay, sharing his news in an emotional video for fans.

The vlogger – full name Adam Beales – is also known for his work as a TV host, having been a former co-presenter on Blue Peter and other CBBC shows including The Dog Ate My Homework.

His YouTube channel boasts a legion of fans, with the 22-year-old’s subscriber count sitting at a mighty 3.42million.

Understandably, ahead of uploading his coming out video, the TV star admitted to feeling ‘the most vulnerable I’ve felt in a really long time’, but said he now also feels the ‘best’ he’s ever felt.

The Irish star posted a nine-minute video on Friday, which features his family and takes fans along on his journey to accepting and embracing his sexuality.

He started off the video by saying: ‘I’m gay. I’ve said it. I’ve finally told you something I’ve meant to tell you for a long time.’

Joined by his mum, dad, and younger brother, Adam continued to praise and thank his family for being supportive.

‘One thing I love about these guys is that when I told them, nothing changed, and that’s the best feeling ever. To be able to love life, to wake up in the morning and feel like nothing’s changed,’ he said.

‘I wanted to create this video to show you guys my journey, to show you the way in which I decided to do it. The important message is just to open up and talk about whatever’s on your mind. Opening up to these guys was the best thing ever. I was instantly a million times better when I told them.’

Looking to the future, he said he’s ‘excited’ to ‘be able to share so much more of my life now’, which he feels ‘proud’ about.

‘I have the best support, my mum and dad aren’t only the best they’re amazing mentors, generally amazing people. I have to say Callum has been the best brother throughout all of this.’

Adam also shared that he he has a boyfriend, and included clips of the tearful moment he came out to the Blue Peter team on his final day of the show in July, after two years as a presenter.

‘One big thing I’ve been working on recently is just, being more me, and being more happy, and I just wanna let you guys know that you let me open up and be more myself, and I’d just like to let you know, I’m gay’, he told them, with friends and colleagues rushing to hug him.

Breathing a sigh of relief, Adam confessed that he was unsure of how his audience might react, but he ‘wouldn’t have done what I’m doing right now if I was still living in fear’.

‘Love should never mean having to live in fear,’ he said confidently.

‘This weight on my shoulders feels like it’s finally been lifted. I can finally breathe,’ he added, before going on to share a montage of clips that showcase his freedom and joy, as well as screenshots of messages from relatives who told him they love him.

‘Some one said something to me at the very start of this journey’, Adam concluded.

‘They said that I deserve to be happy… I’m happy now’.

This year marks 50 years of Pride, so it seems only fitting that Metro.co.uk goes above and beyond in our ongoing LGBTQ+ support, through a wealth of content that not only celebrates all things Pride, but also share stories, take time to reflect and raises awareness for the community this Pride Month.

And we’ve got some great names on board to help us, too. From a list of famous guest editors taking over the site for a week that includes Rob Rinder, Nicola Adams, Peter Tatchell, Kimberly Hart-Simpson, John Whaite, Anna Richardson and Dr Ranj, as well as the likes of Sir Ian McKellen and Drag Race stars The Vivienne, Lawrence Chaney and Tia Kofi offering their insights.

During Pride Month, which runs from 1 – 30 June, Metro.co.uk will also be supporting Kyiv Pride, a Ukrainian charity forced to work harder than ever to protect the rights of the LGBTQ+ community during times of conflict, and youth homelessness charity AKT. To find out more about their work, and what you can do to support them, click here.