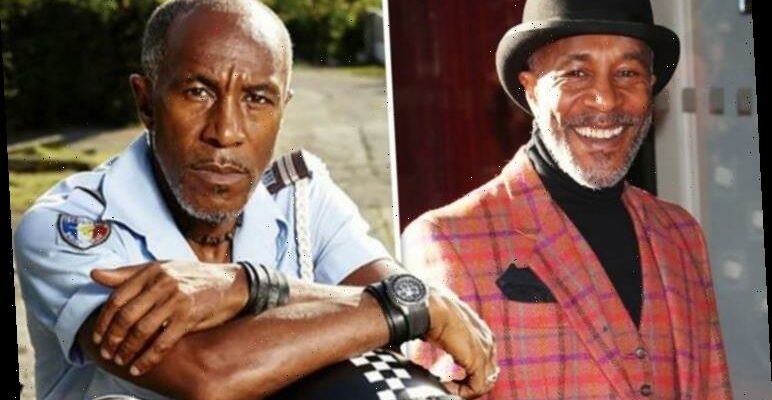 Danny John-Jules, 60, joined the Death In Paradise cast for the show’s first season in 2011. The actor has since addressed a possible reprisal of his role as Officer Dwayne Myers, as the stage performer reacted to a viewer’s request.

It comes as his former co-stars Ben Miller (who played Detective Inspector Richard Poole) and Sara Martins (who played DS Camille Bordey) have returned to Death In Paradise for a two-part special for the show’s 10th anniversary.

Taking to Twitter, Danny reacted to a viewer who quizzed if he would also be making an appearance in the new episodes.

A social media user shared two promotional photos of the programme and penned: “I’m into Death in Paradise from last year. It relieves and relaxes the time of ‘stay at home’. 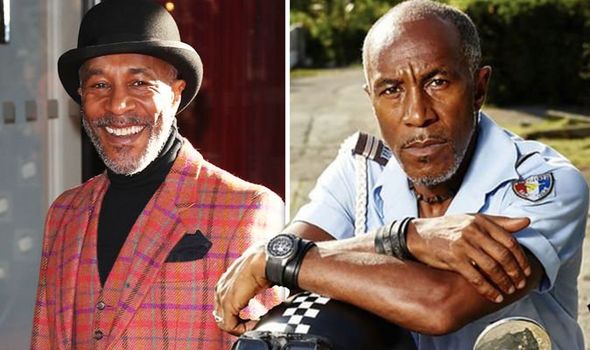 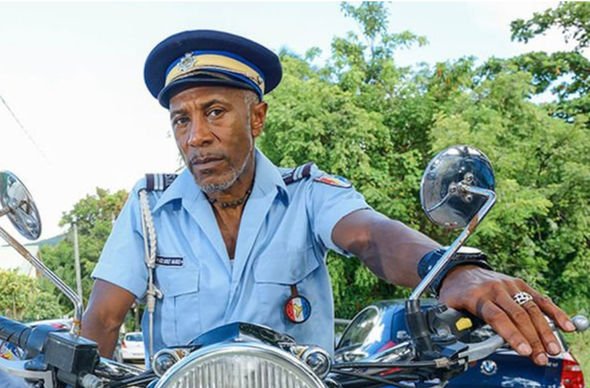 The Dwayne Myers actor retweeted the post in view of his 67,000 followers.

In the comment section, another social media user mused: “I really miss @DannyJohnJules on Death In Paradise. I hope you return in one of the episodes in season 10. Maybe episodes five, six, seven, and eight. Missing Officer Myers.”

Danny took the opportunity to respond as he admitted that he too missed playing Dwayne.

He wrote: “And Dwayne misses protecting and serving all of the Empresses on the island. You better believe it!” 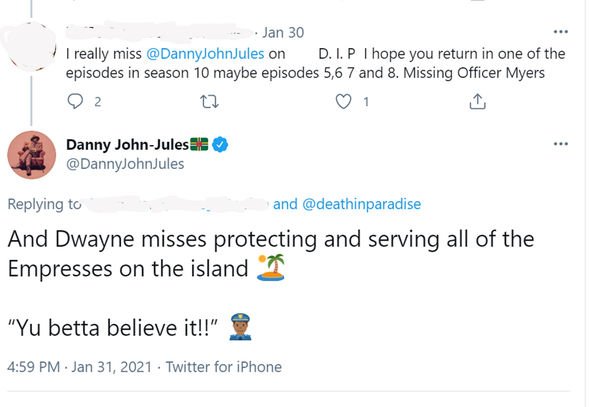 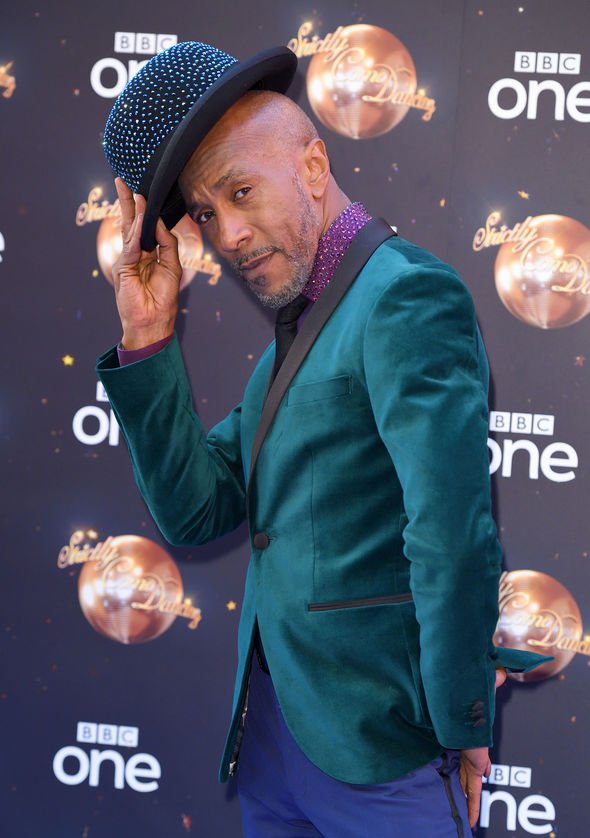 While the actor didn’t confirm whether he would be returning to the picturesque Caribbean island, he offered some insight.

Danny cheekily wrote: “Return of the dread,” followed by an officer emoji.

The actor announced he was leaving the island of Guadeloupe and Death in Paradise behind after seven years on the show.

At the time, Danny explained he was leaving the series to revisit his stage career.

He said: “I left Death in Paradise because I wanted to get back on stage.

“I needed a bit more razzmatazz in my life, and then along came Strictly!”

Soon after he departed from Death in Paradise, Danny took part in the 2018 series of Strictly Come Dancing.

He was partnered with Amy Dowden and was eliminated in week eight of the series.

The executive producer of Death in Paradise, Tim Key, has recently spoken about the potential for some fan-favourites to return to the show.

He added: “I wouldn’t rule anything out. Who knows…”

Death In Paradise airs tonight on BBC One at 9pm.