Sir David Attenborough, 94, was reportedly less than impressed when he was informed about a fake advert using his name and image by a fan. The fan in question had bought CBD oil from its Facebook page and been overcharged.

The product was named “David Attenborough CBD Oil” and claimed the A Life On Our Planet star said he “wouldn’t be here” today without using the cannabis oil.

The environmentalist’s spokesperson said: “These are not genuine endorsements and Sir David has had no involvement whatsoever with these products.

“The companies do not have permission to use Sir David’s name or image.

“He wishes to extend his sympathies to anyone that has been adversely affected by these companies and their actions.” 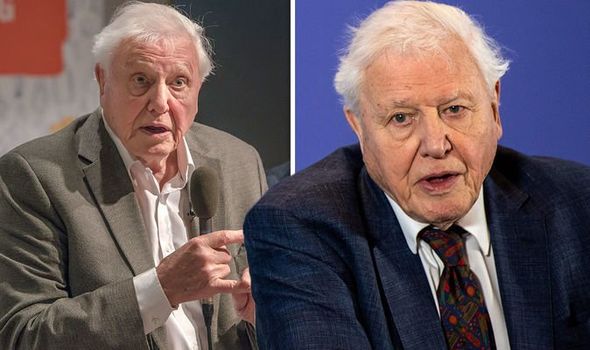 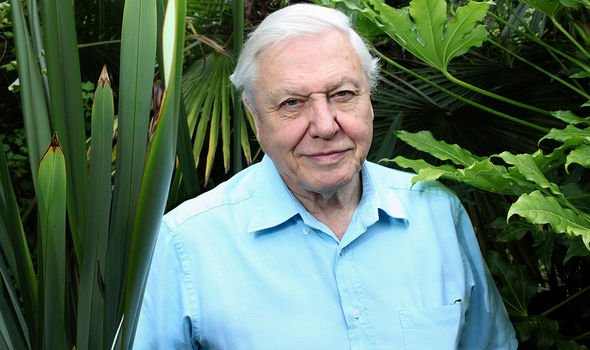 Sir David also pointed out that fans should stay away from any Facebook account claiming to be or advertising products on his behalf.

The star’s representative insisted he doesn’t use Facebook and only allows his image to be used to promote his books and TV shows, such as Planet Earth and Blue Planet.

They continued: “He also wants to make it clear that there is no authorised David Attenborough Facebook account, as there are many false accounts on Facebook claiming to be his.

“This is being reported to Facebook and Sir David would encourage anyone who spots these fraudulent adverts also to report them to Facebook.” 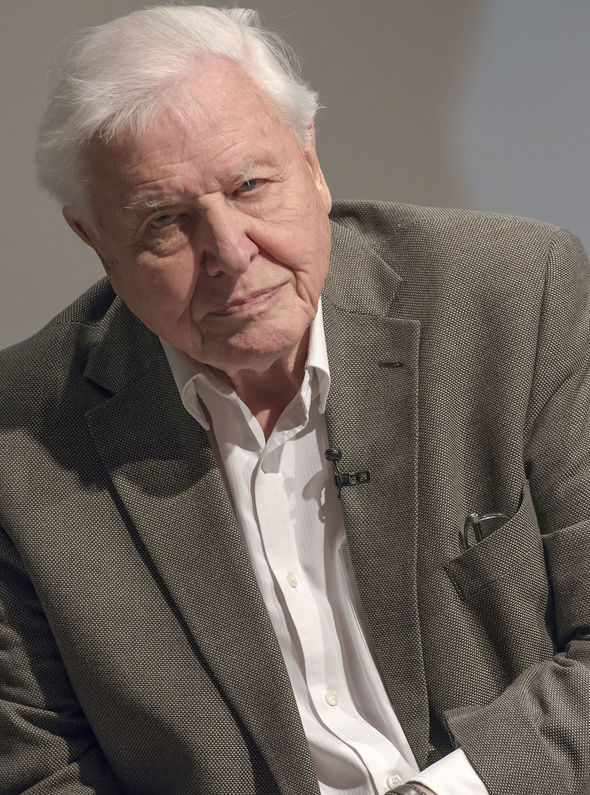 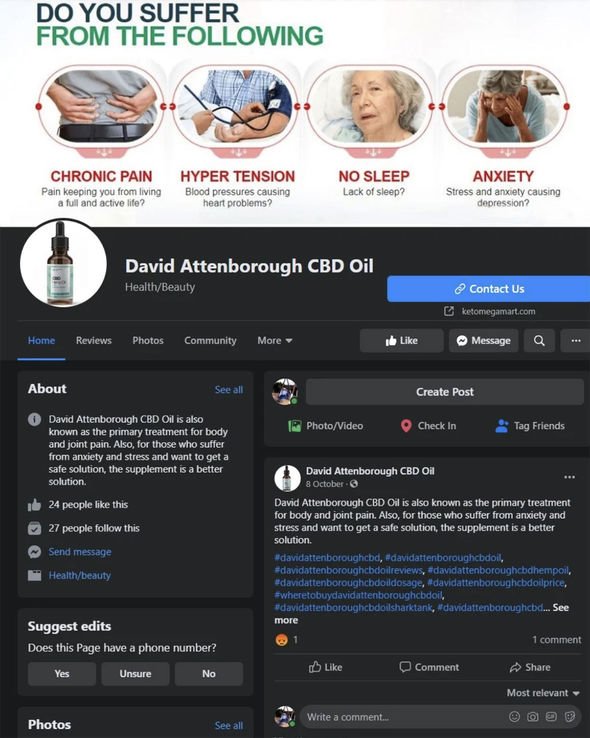 A false statement attributed to Ed says: “The advances David has made in the CBD industry are remarkable.”

It comes after former This Morning presenter Fern Britton, 63, took to Twitter to insist that she is “not a representative of any CBD Oil products”.

The author spoke out about the situation after she received a warning from a social media user who spotted an online “scam” which was using her image.

After Fern spotted the post, she retweeted it in view of her 77,000 followers this afternoon.

She wrote alongside it: “I AM NOT A REPRESENTATIVE OF ANY CBD OIL PRODUCTS!”

The star went on to ask fans for their assistance with the matter by alerting her to the advert if it appears again.

She added: “If you see them would you send me the ad? My representatives will be on them!!”

One person wrote: “Aww that’s a shame cos I’ve just bought some thinking if Fern endorses it it must be ok , it’s the same one that Sir David Attenborough does, so I’m guessing he hasn’t endorsed it either.”(sic)

Fern replied to the fan, writing back: “I would imagine so! X.”