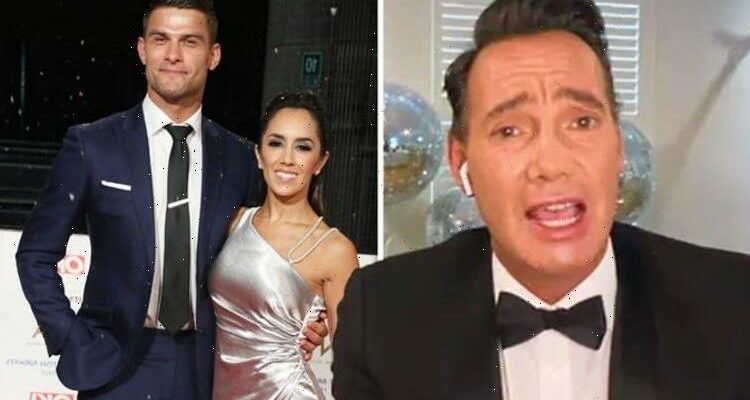 Craig Revel Horwood, who is known for his brutal tongue lashings as a judge on Strictly Come Dancing, puts celebrity contestants through their paces on the BBC dance show. The small-screen star has since opened up about his relationship with Janette Manrara, 37, and her husband Aljaz Skorjanec, 31.

The 56-year-old has since addressed the news of Janette’s new role away from the Strictly dancefloor.

It comes as the Latin champion was announced as Zoe Ball’s replacement on the spin-off show It Takes Two.

The Strictly judge said he was looking forward to being interviewed by the professional dancer before he revealed she and her husband used to rent his property.

Addressing Janette’s new role, Craig said: “I can’t wait to be interviewed by her.

“I know her quite well as I used to live with her – she and Aljaz rented my house.”

The BBC favourite went on and said that he believed Janette is the best fit for the presenting role.

He continued to Best: “I think it’s great. It’s the perfect job for Janette, as she never stops talking!”

Last month, it was announced on The One Show that Janette would be taking over from Zoe on Strictly’s spin-off show It Takes Two.

She explained: “I will not be dancing. I don’t want to well up because I have been welling up a lot today, but that has been the hardest part of accepting this amazing honour to join It Takes Two.

“It’s the realisation that I will not be on that legendary Strictly dancefloor anymore. But I feel that this is the most beautiful and natural progression.”

Janette added: “I am still a part of the Strictly family, I am still going to be seeing my fellow pros all the time and I will keep dancing, as they say. I will find a way to keep dancing.”

When Sir Bruce Forsyth stepped down from the main show, Claudia left the spin-off to join Tess Daly.

Janette tied the knot with her husband Aljaz in 2017 and previously revealed her relationship was “saved” by Strictly.

She admitted the pair were nearly forced apart before taking part in the popular BBC reality series.

Speaking to The Sun, she explained: “Strictly Come Dancing, it saved us. It saved us really, in every way. We were going to try the long-distance thing and see what happened.

“So when we got that phone call to join Strictly it didn’t only give us stability workwise, it saved our relationship.”

Meanwhile, Craig is gearing up for a new TV project alongside fellow judge Bruno Tonioli.

Although Bruno won’t be joining Craig on Strictly this year, the pair will be setting off together for the new ITV show Craig and Bruno’s Great British Road Trip.