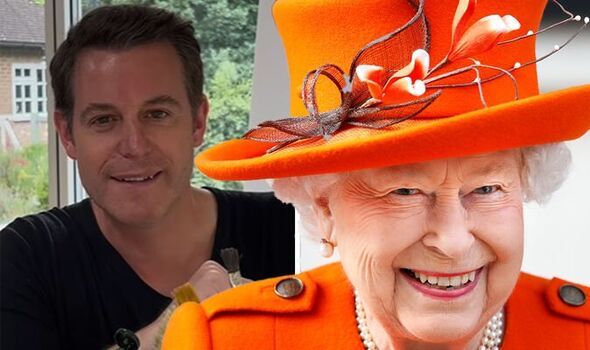 Posting to his Instagram account, which boasts 304,000 followers, television presenter Matt Baker posted a video of himself painting what he referred to as “big art” as a way to say “thank you” to the late monarch. The timelapse then showed the 44-year-old as he painted a Coldstream Guard in uniform and a bearskin cap. The soldier depicted in the painting had their head slightly bowed out of respect for the late monarch.

The impressive dedication to the Queen immediately gained traction from Matt’s celebrity friends and within two hours of being posted, gained more than 16,000 likes.

Jenni Falconer was another star spotted in the comment section, who added: “Impressive.”

The video of Matt painting was accompanied by a piece of classical music which began playing shortly after Matt said: “Time for some big art. As a thank you.”

After the painting came to life through the video, at the end Matt turned back to the camera simply saying: “Finished.”

The full-length image of the Coldstream Guard appeared on screen for a short while before the video faded to black.

The artwork was also praised by fans and followers of Matt, who took to the comments section to praise his ability as an artist.

User @lynne6691 shared: “That’s beautiful Matt. My dad was a Coldstream Guard, he took part in the Queen’s Coronation, sadly he’s no longer with us but I know he’d be heartbroken today.”

And @nickijefferies added: “Oh my, that made me cry so beautiful.” 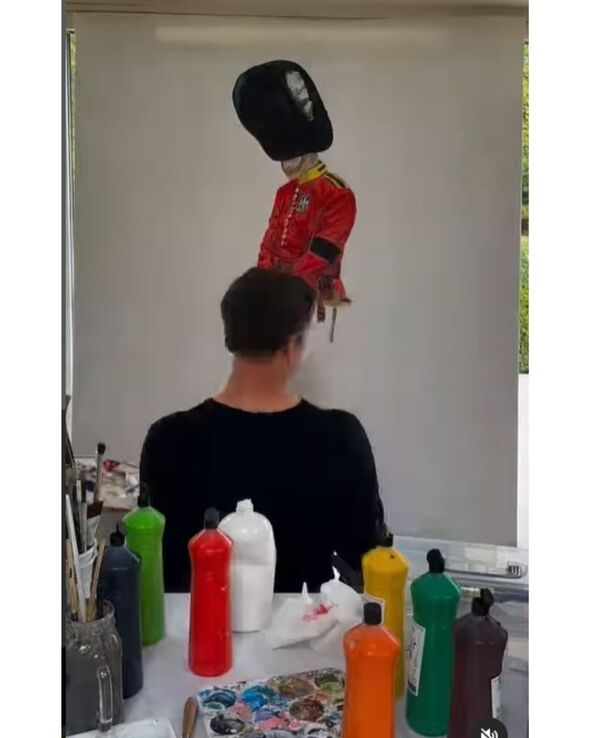 Others commented on Matt’s hidden talent away from his career as a TV presenter, with @chester_bone2 wrote: “Booooooooooooooooom unbelievable Matt.”

Echoing this @cacacocopops added: “Stunning,is there nothing you can do Matt.”

This is not the first piece of artwork Matt has posted on his social media. A few weeks ago the Countryfile presenter posted a similar time lapse style video in which he painted Looney Tunes character Bugs Bunny.

Captioning the video, Matt wrote: “Haven’t posted any of my art for a while – Bugs Bunny is a character I’ve loved since I was a boy, as a lad I wanted to be a cartoonist and would spend any birthday money I had in the Warner Bros shop in the Metro Centre – So here’s Bugs to wish you all a very Happy Easter and That’s All Folks #art #cartoon #painting #hobby #whatsupdoc #bugsbunny #looneytunes #easter #timelapseart.” 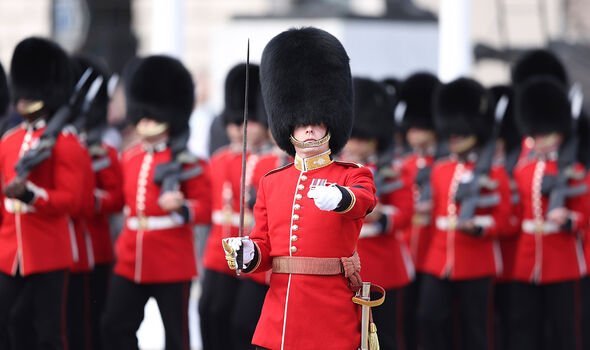 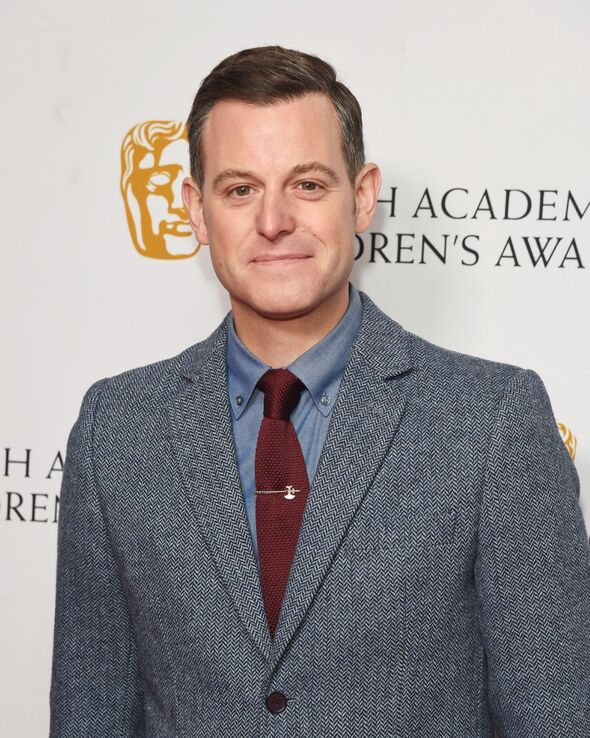 The painting of the Coldstream Guard is the only tribute that Matt has publicly shared for the late Queen since her death was announced on Thursday, September 8.

The video comes on the day of the Queen’s state funeral which will commence at 11:00 BST today (Monday, September 19) at Westminster Abbey.

King Charles and other members of the Royal Family will walk behind the Queen’s coffin before and after the funeral.

US President Joe Biden and the prime ministers of Australia, Canada and New Zealand are among guests at the Westminster Abbey service. Members of royal families from across Europe are also attending, including Belgium’s King Philippe and Queen Mathilde and Spain’s King Felipe and Queen Letizia.